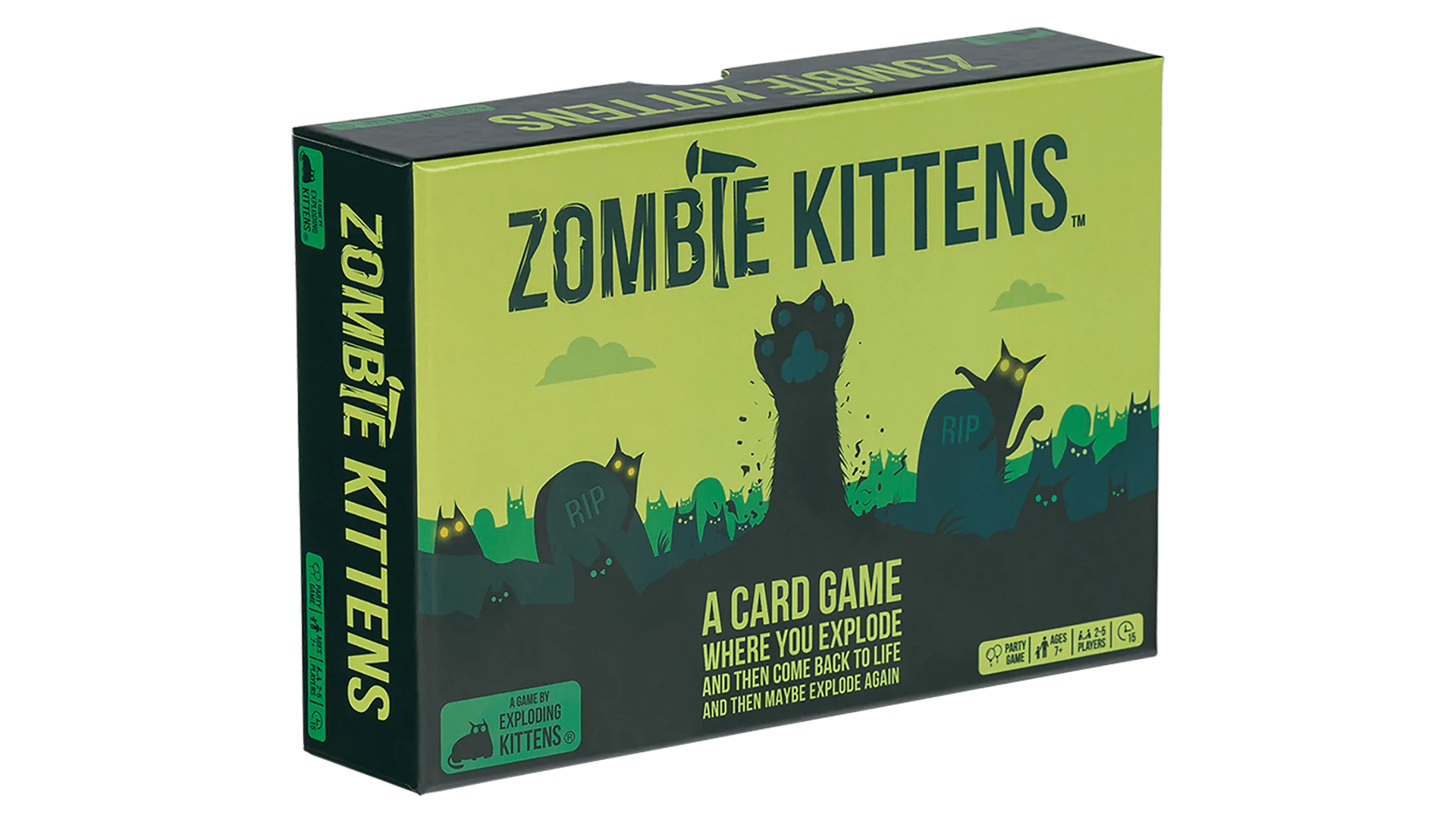 However, Zombie Kittens differs from Exploding Kittens in that “dead” players – that is, those who have drawn an Exploding Kitten card – can be revived and brought back into the game before the game is over.

Dead players won’t be able to take any more turns unless they’re brought back to life. However, they can still play cards that have the “Now” marking, as well as “Nope” cards.