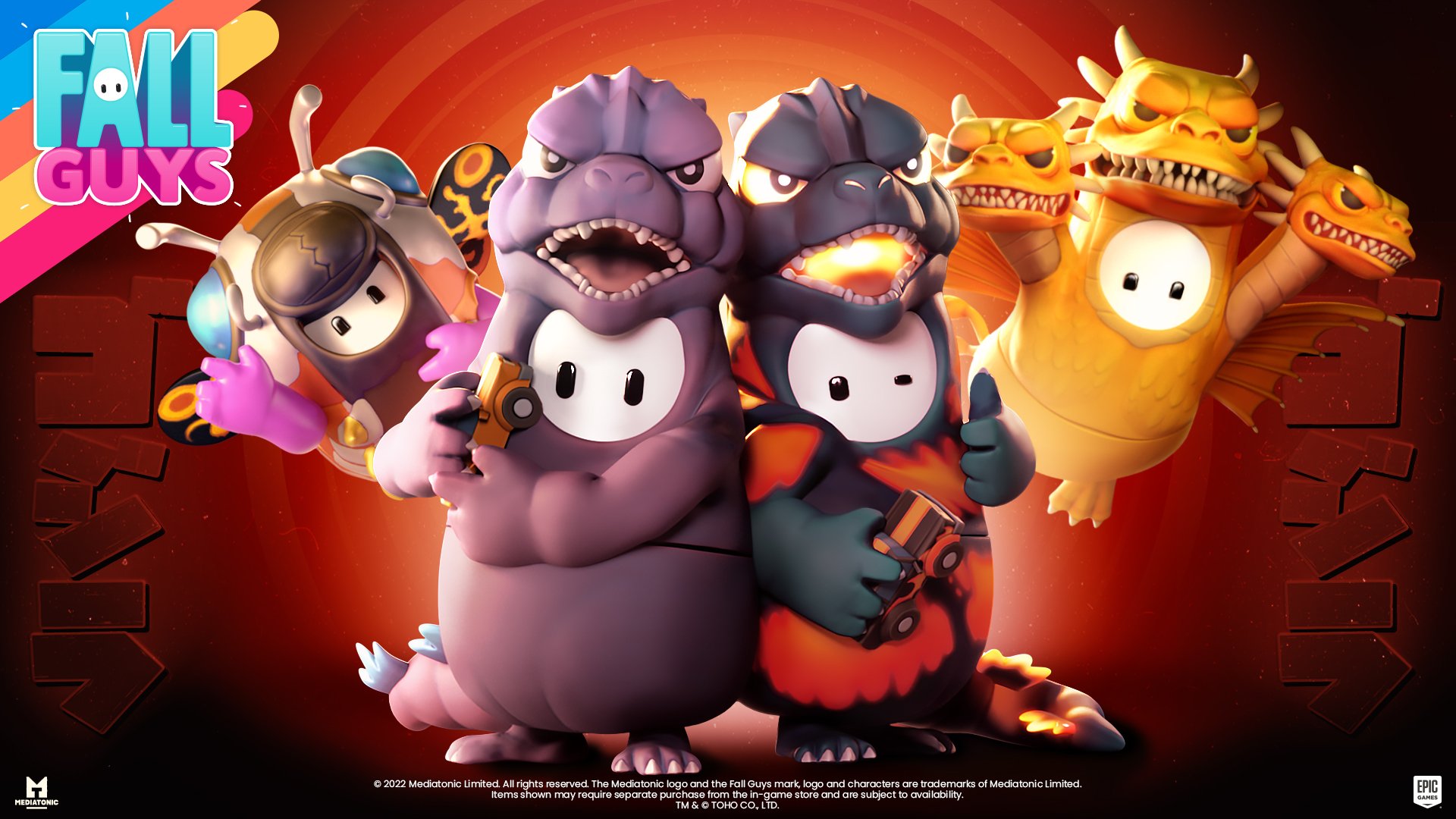 On July 21, 2022, a collection of Kaiju-inspired costumes will be released in Fall Guys, the colorful battle royale game on consoles and PC.

From July 21 to July 25, players will be able to collect the Godzilla, Godzilla 1995, Mothra, and King Ghidorah costumes from the in-game store. These costumes will be available to purchase individually and as part of two bundles. One bundle will contain the Godzilla and Godzilla 1995 costumes, while the other bundle will include the Mothra and King Ghidorah costumes, as well as a nameplate and nickname.

An additional Kaiju costume is available for players who have the Fall Guys Season 1 Season Pass. Players can unlock the Mechagodzilla costume until the end of Season 1.

To go along with these in-game costumes, the Fall Guys store will release a “Godzilla” Fall Guys plush on October 10, 2022. This plush measures 28 cm tall (a little more than 11 inches), and is priced at €39.99. Fans can now pre-order the plush from the Fall Guys store.

Fall Guys is available for free on Switch, PlayStation consoles, Xbox consoles, and PC. The game offers optional in-game purchases. You can learn more about Fall Guys in our previous coverage.

Fall Guys is rated E for Everyone by the ESRB.

What do you think about these Kaiju-themed Fall Guys costumes and the Godzilla Fall Guys plush? Let us know on Twitter at @superparenthq.