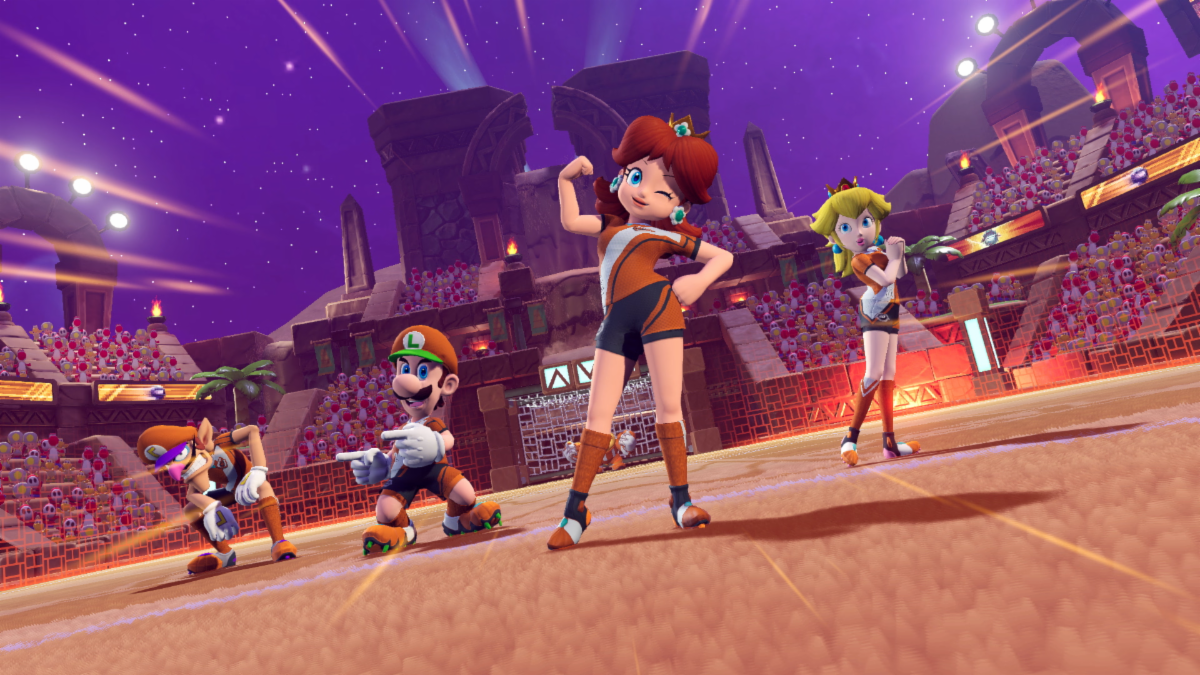 In June 2022, Nintendo released Mario Strikers: Battle League on Switch, a sports game that allows players to compete in a five-on-five soccer-inspired game called “Strike.” The game features multiple playable characters (Mario, Peach, and more) and multiple game modes that allow players to compete against computer-controlled opponents as well as other real players. (You can learn more about the game in our review.)

On July 22, 2022, a free update will be released for Mario Strikers: Battle League that will add two new playable characters to the experience: Daisy and Shy Guy.

This update will also add new “Knight” gear items and a “Desert Ruin” stadium to the game.

Nintendo said two additional free updates will be released for Mario Strikers: Battle League before the end of 2022 that feature “additional characters, gear and stadiums.” Keep checking back with SuperParent, as we’ll bring you more details about these updates as they’re revealed.

Mario Strikers: Battle League is available on Switch for $59.99. The game is rated E10+ for Everyone 10+ by the ESRB.

Is your family excited about this update that's coming to Mario Strikers: Battle League? Let us know on Twitter at @superparenthq.