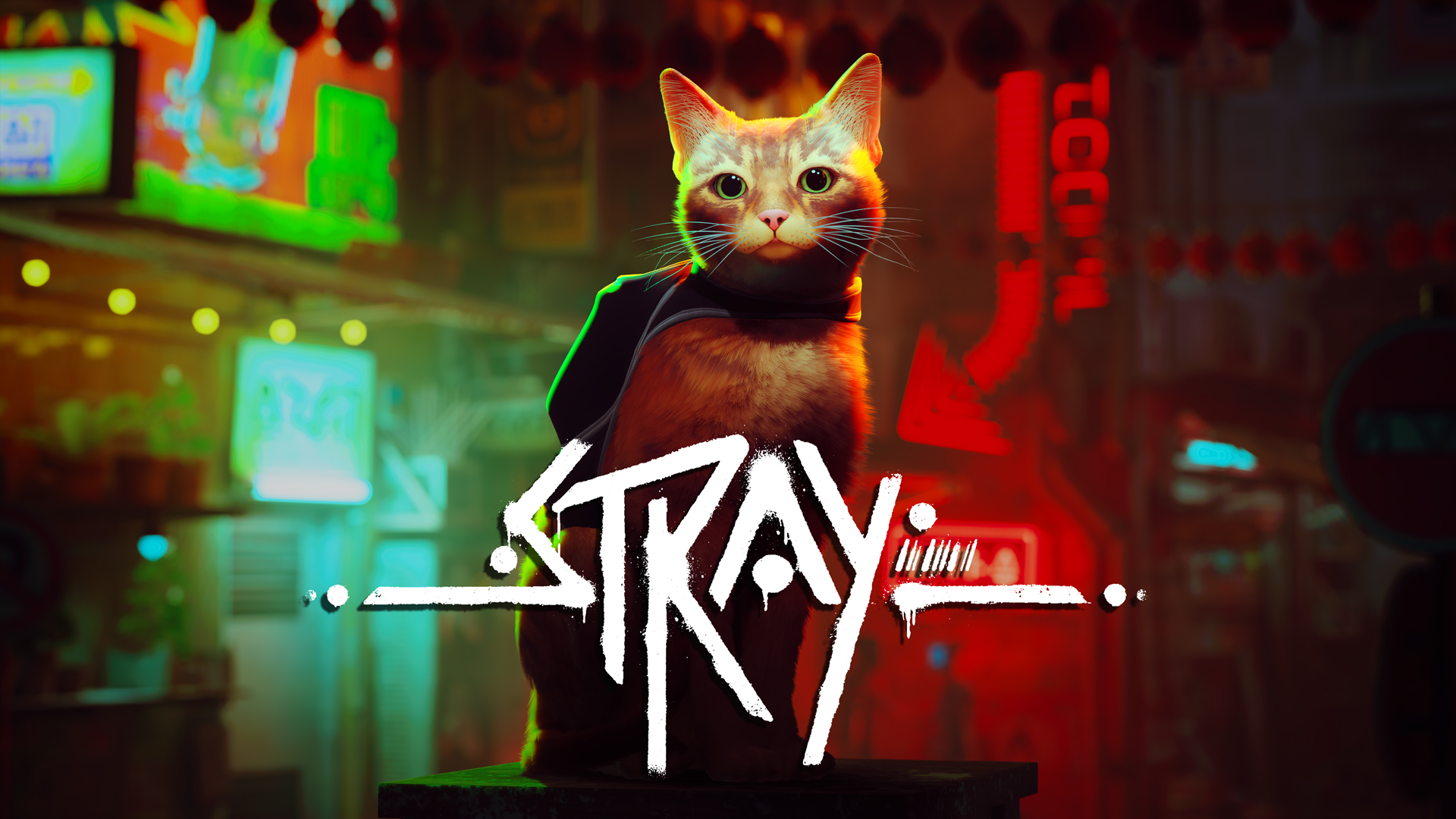 Stray will be released on PlayStation consoles and PC on July 19, 2022. We had the chance to try the PlayStation 5 version of the game before it’s released.

What is Stray? What’s this game about?

Stray is an adventure game from developer BlueTwelve Studio and publisher Annapurna Interactive.

In Stray, players become a stray cat that finds itself trapped in a city that’s been placed in lockdown. There are no humans in this city, and the city is inhabited by talking robots. The cat will team up with a flying drone named B-12 and embark on a quest to find a way to escape the city.

Along the way, players can learn more about the city’s history, the robots who live there, and a deadly enemy called the Zurks.

Stray allows players to explore decaying, futuristic environments using simple controls. As players walk around environments, a button prompt will appear on the screen whenever they’re close enough to something they can jump to.

Players can only jump when they respond to one of these prompts. While this sounds limiting on paper, it’s actually a very useful design that will prevent players from jumping too high, too low, too far, etc. and missing the ledge or platform they were trying to reach. Instead, each time players respond to a jump prompt, they can be sure the cat will safely land on the platform.

The game’s story progresses in a linear fashion, and focuses on gameplay elements like stealth, puzzle-solving, and collecting key items. Players also have the freedom to explore their environments to search for hidden objects. This includes being able to “find” and recover B-12’s memories. While finding all of these hidden collectibles and restoring B-12’s memories isn’t required to beat the game, helping B-12 restore its memories allows players to learn much more about the character and the history of the in-game world.

Finally, as players make their way through the game, they’ll need to watch out for the Zurks, creatures that typically attack in groups and can quickly overwhelm the cat. When one or more Zurks latches onto the cat, players can repeatedly press a button in an attempt to remove them from the cat. However, even if players rapidly press this button, it’s still possible for the cat to take too much damage and die. (There’s also a second kind of enemy to watch out for in Stray, but we’ll avoid sharing details about this enemy to prevent spoiling the storyline.)

When the cat dies, it will fall over as though it’s asleep. While this doesn’t entail any gruesome imagery, this visual of the cat falling over may still be upsetting for some players, especially the first time it happens.

Thankfully, the game has a checkpoint system that frequently saves the player’s progress. If the cat dies, players can try again without being forced to replay a great deal of the game.

Overall, we enjoyed Stray. The gameplay isn’t revolutionary, but the idea of playing a video game as an adorable cat is immediately appealing.

While the game’s storyline is serious and touching, the experience also includes light-hearted elements that allow players to act like a real cat, which we very much enjoyed. Players can scratch doors and rugs, curl up in cozy spots for a quick nap (the cat will stay asleep and purr until players decide to keep playing), and more. Players can also meow whenever they want by pressing a specific button (meowing also serves a purpose during certain points in the game).

That being said, we do have one complaint about the overall experience. Stray isn’t a terribly difficult game, but dealing with the Zurks can sometimes be challenging (and therefore annoying) as they can quickly overwhelm and kill the cat, forcing you to try again from your last checkpoint. The Zurks aren’t present through the entire game, but we do wish the segments that feature them were a bit easier.

While Stray is a family-friendly game (it’s rated E10+ for Everyone 10+ by the ESRB), parents should know that the game’s storyline touches on some mature, emotional topics, like death and grief, among others, which may be uncomfortable for younger players. Players will also need to know how to read to follow along with the game’s story and on-screen text.

We also feel it's worth pointing out that Stray is a relatively short game. We beat it in around four hours. That being said, each player’s completion time will vary, depending on how thoroughly they explore each environment before moving on.

Stray is an entertaining adventure game that strikes a nice balance between its serious storyline and its charming moments where players can simply act like a cat. Even though the main gameplay features aren’t overly innovative, the novelty of exploring this mysterious world as an adorable cat makes Stray worth playing.

Disclosure: SuperParent received a code for Stray for coverage purposes.