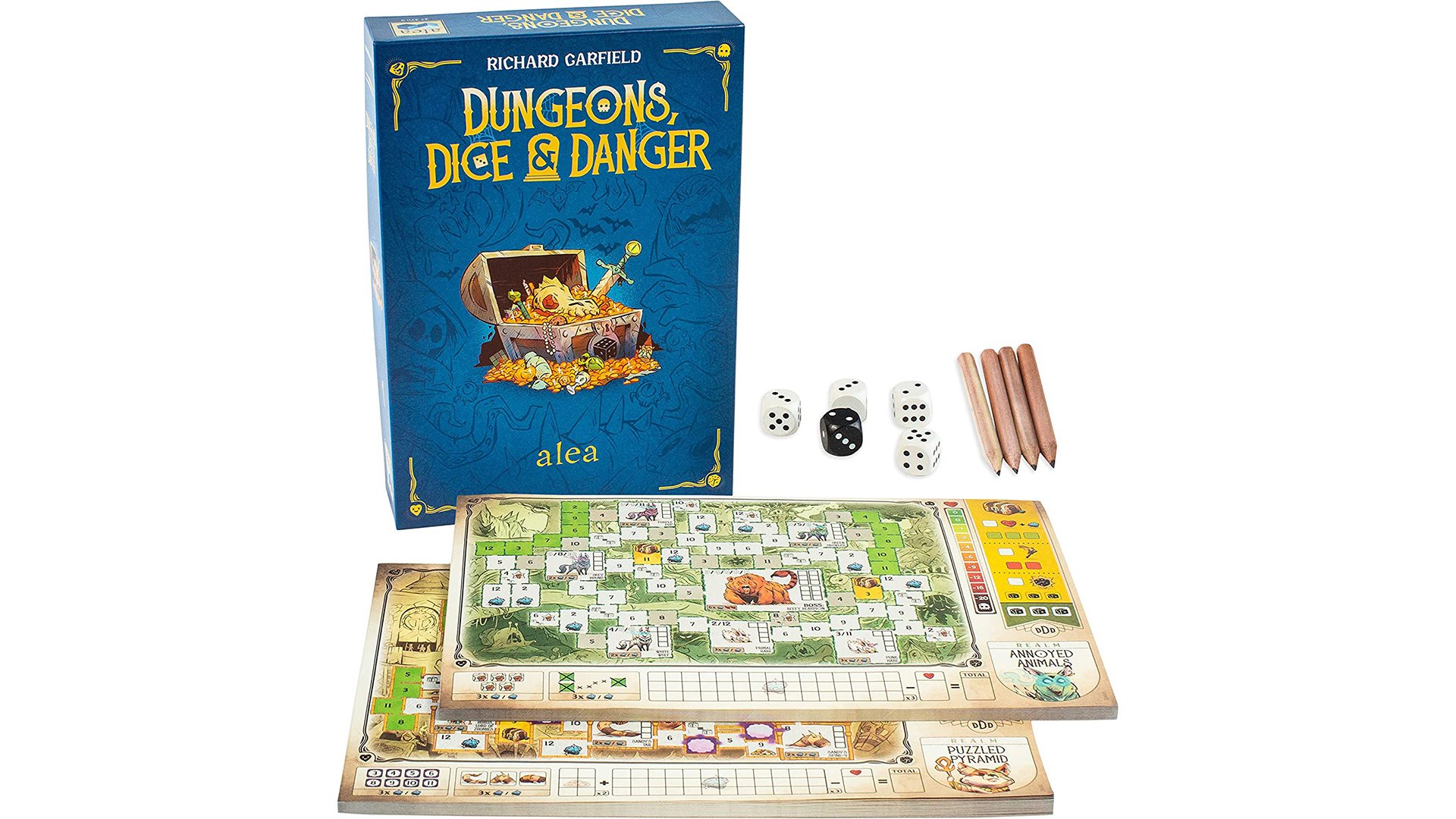 Dungeons, Dice and Danger is for 1-4 players with a recommended age of 12+. The game will allow players to explore four different levels, each with a different difficulty: “Annoyed Animals” (Novice), “Clumsy Cultists” (Easy), “Puzzled Pyramids” (Standard), and “Defiant Dinosaurs” (Expert).

Throughout each game, players will be able to battle against monsters such as the “White Wolf” and the “Beefy Bearpion.” They’ll also be able to collect treasures. Each game has an expected play time of 30-45 minutes.

Dungeons, Dice and Danger is now available on Amazon for $37.62. It can also be purchased at participating game stores.

Is your family excited to play Dungeons, Dice and Danger? Let us know on Twitter at @superparenthq.