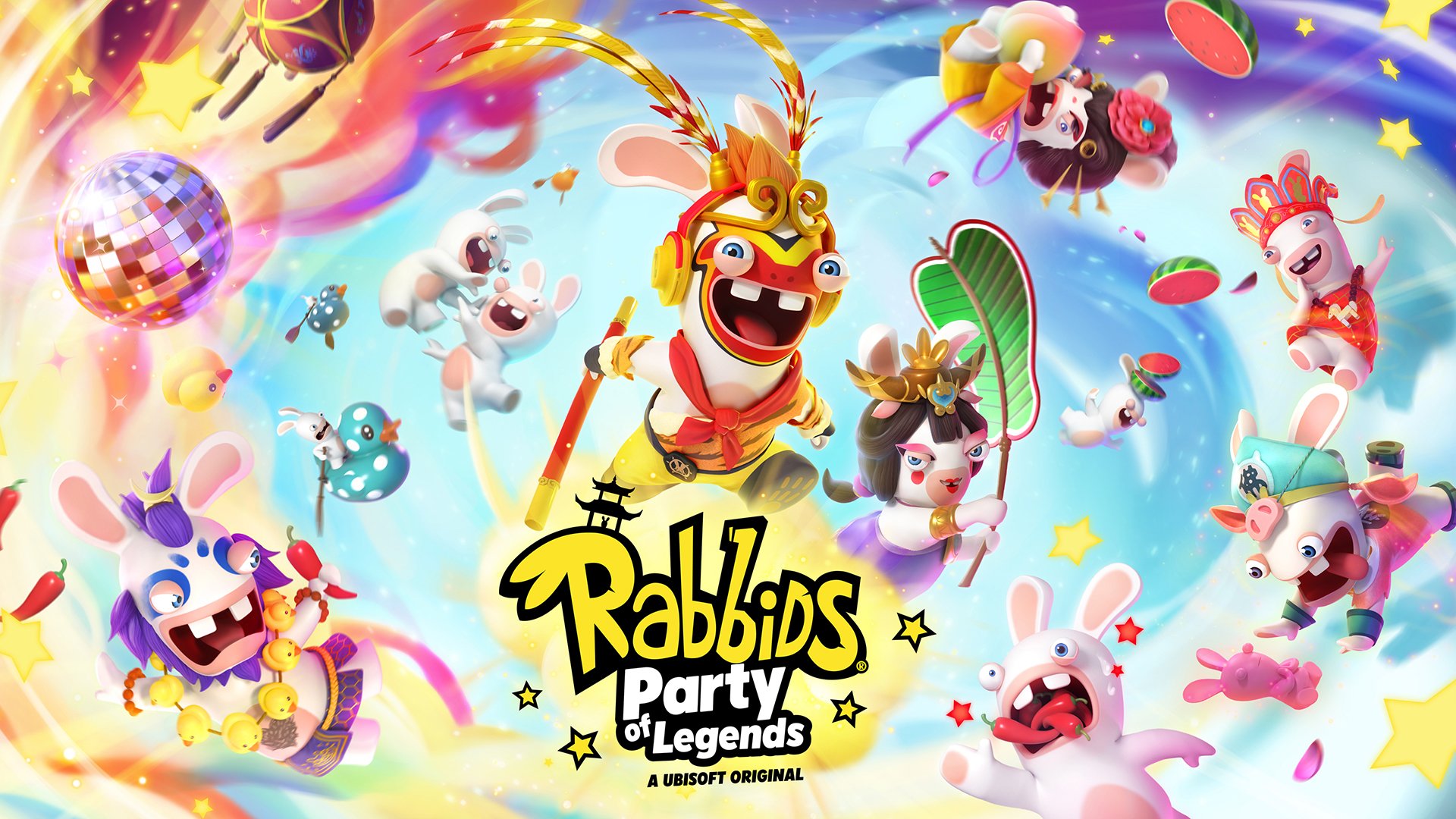 Rabbids: Party of Legends supports up to four-player local multiplayer, meaning it can be played by up to four people in the same room. Some mini-games are “free-for-alls” that will challenge every player to work on their own to win, while others split players into teams. If there are less than four real people playing the game, the computer will control the other players so that there are always four Rabbid characters in each game. Players can choose from three difficulty options for their computer-controlled opponents.

As players complete mini-games, they’ll collect sacred books as well as points that go toward their overall “Enlightenment Level.” Each time players earn enough Enlightenment points, they’ll level up. While players only have access to a limited selection of the game’s mini-games and playable characters when they first start playing Rabbids: Party of Legends, they will unlock additional mini-games and playable characters as they level up.

Rabbids: Party of Legends is now available on Switch, PlayStation 4, Xbox One, and Stadia for $39.99. The game is rated E for Everyone by the ESRB.

While the game is family-friendly, players will need to know how to read to follow along with the game’s story and instructions. In addition, parents should know that the Switch version of the game can only be played using individual Joy-Con controllers. The game doesn’t support the Nintendo Switch Pro Controller or third-party “traditional” controllers. This also means the game can’t be played on a Nintendo Switch Lite unless you have one-or-more separate Joy-Con that can be connected to the console.

Finally, parents should know the game requires players to login to Ubisoft’s “Ubisoft Connect” service. If you’ve never created an Ubisoft Connect account, you’ll be required to do so before you can play the game.

Check out some gameplay from Rabbids: Party of Legends on Switch in our video below.

Disclosure: SuperParent received a code for Rabbids: Party of Legends for coverage purposes.