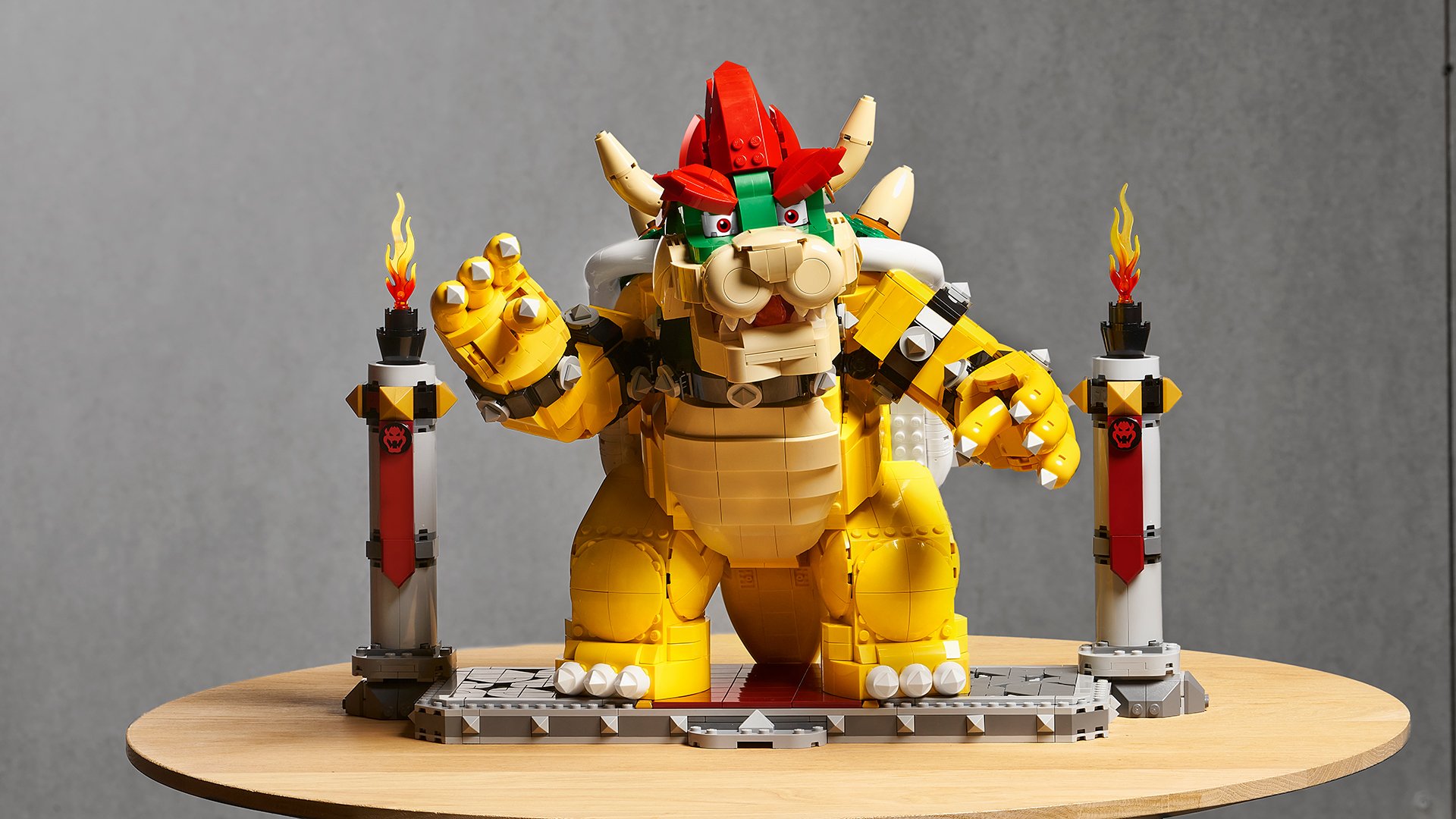 Once Bowser is built, fans will be able to press buttons to move Bowser’s head left and right, and pull a trigger to open Bowser’s mouth. If fans pull the trigger completely, Bowser will shoot a fireball piece out of its mouth.

Finally, the Mighty Bowser set will be able to interact with the electronic Lego Mario, Lego Luigi, and Lego Peach figures that are also part of the Lego Super Mario product line. (The Lego Peach figure will be included in the Adventures with Peach Starter Course that’s launching on August 1, 2022.) Fans will be able to place these figures on the set’s base to activate an imaginary battle between the character and Bowser (you can see how this works in the video above).

The Lego Super Mario: The Mighty Bowser set will be released on Lego’s website and at “select” stores around the world on October 1, 2022 for $269.99.

Is your family going to pick up this new Lego Super Mario building set? Let us know on Twitter at @superparenthq.