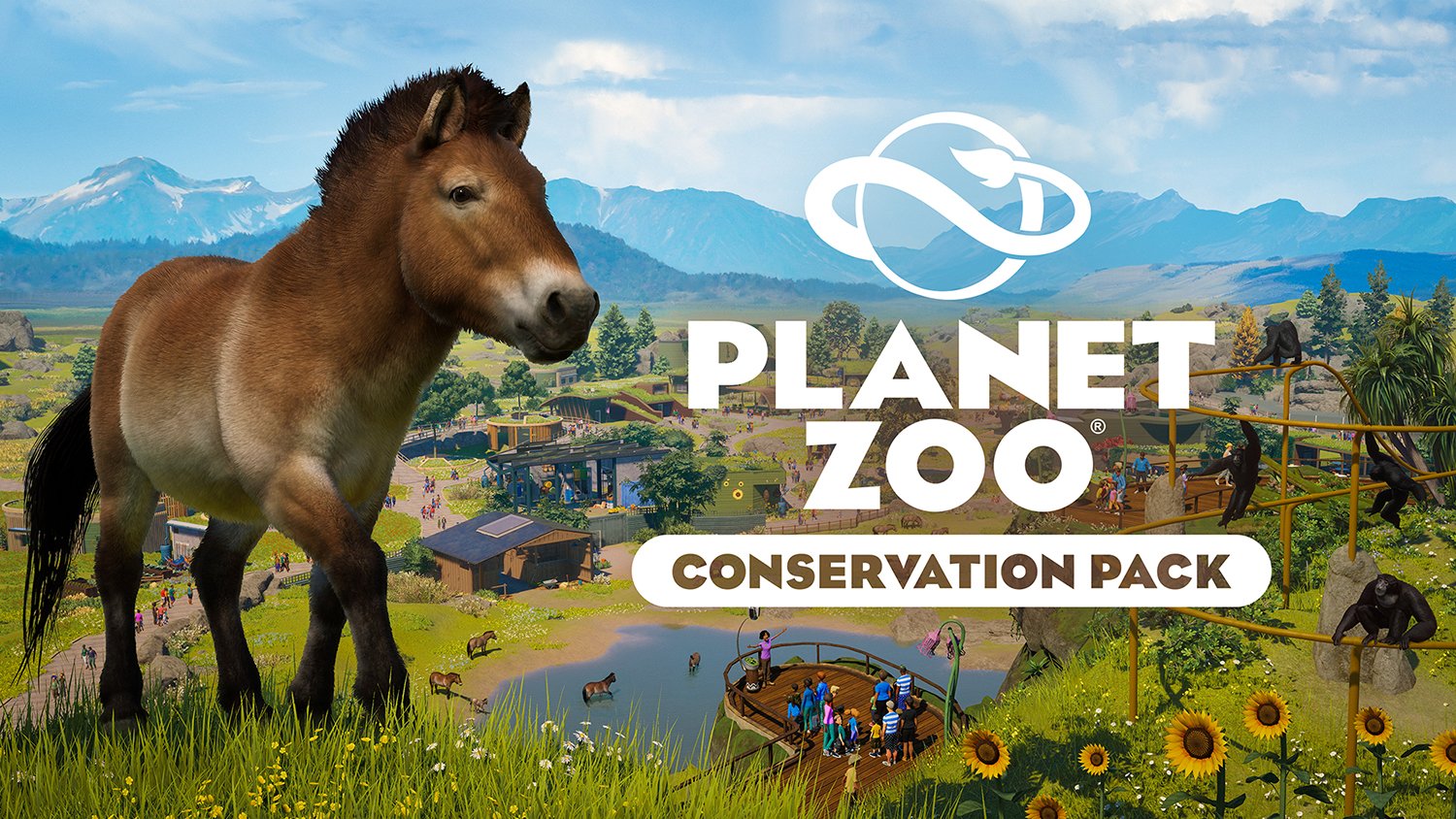 In June 2022, developer Frontier Developments released new downloadable content (DLC) for Planet Zoo called the Conservation Pack. The DLC adds a variety of animals to the game that are considered “endangered or below,” and it focuses on topics like conservation and sustainability.

Planet Zoo is a zoo management and simulation game on PC that allows players to build and manage their own zoos. You can learn more about the game in our previous coverage.

SuperParent had the chance to chat with Kilian Schmitt, game designer for Planet Zoo, about the Conservation Pack DLC:

SuperParent: Planet Zoo offers lots of downloadable content packs inspired by different geographical areas and biomes. What inspired the team to switch things up and create a pack focused on endangered species and conservation?

Kilian Schmitt: Our DLC to date have indeed focused on specific regions and types of habitat, for example the recent Wetlands Animal Pack, which focused on the diverse wetland biomes around the world. Our aim with the Conservation Pack is to highlight the important role real world zoos play in maintaining and saving the planet’s biodiversity through their rescue, breeding, and reintroduction programs, as well as educating their guests. Both of these are already important aspects of Planet Zoo’s gameplay, so we really wanted to elevate this with a dedicated pack. Planet Zoo: Conservation Pack features five fascinating endangered species, a wide range of eco-inspired scenery pieces, and an exciting timed scenario, which tasks zookeepers with a rescue and rehabilitation operation.

SP: How did the team decide which animals to feature in this pack?

KS: When working on the animal list for Planet Zoo DLCs, we do plenty of research before making our final choices! For the Conservation Pack, we considered endangered animals based on their general appeal, unique appearances or features, as well as their captive populations and significance in the sphere of conservation around the world. We are also always keen to take the requests of our amazing Planet Zoo community into account so that with each pack we’re bringing a selection of highly requested animals into the game.

As mentioned, conservation is a highly important aspect of modern zoos, and something we wanted to bring awareness to. The animals we have chosen for this pack are species on the brink of extinction and species that had already gone extinct and are managing a comeback through the help of zoological breeding projects. Przewalski's horse, for example, was a natural choice for us, being high on our community’s wishlist and the subject of real-world conservation efforts that mean it has now been reintroduced to the wild.

SP: How challenging was it to create an experience that’s respectful to the sometimes-difficult topics of animal conservation and extinction while also maintaining fun gameplay?

KS: Animal conservation is a core value in Planet Zoo, so with this pack we’re honored to be able to further highlight its importance and bring awareness to some of the world’s most endangered animals. Conservation is a subject that we want to explore in Planet Zoo in a way that generally is both fun and educational.

For example, the game invites players to learn about each animal’s conservation status, and provides them with the chance to breed those animals and ultimately to release them to the wild.

When designing an animal for Planet Zoo, we always work with external researchers when first starting work on an animal, and dig deep into the behaviors and characteristics that make it unique, evaluating how we can authentically represent the species in-game.

SP: Do you have any tips for parents who may want to play Planet Zoo with their kids?

KS: The Career mode scenarios are an ideal place to start for any parents looking to get their kids into Planet Zoo! They’re created in a way that guides the player into the essential game systems of Planet Zoo with a fully voiced tutorial and clearly structured goals, which is a great way to learn the ropes of zoo management! Creating a zoo in sandbox mode is another great way to explore building and managing a zoo without time or financial constraints, and has fully customizable rulesets that allow players to tailor their experience to be as challenging or as relaxing as desired.

SP: Can you share any details about future DLC packs that may be in the works?

KS: We’re currently focussed on the launch of our Conservation Pack, as well as the accompanying free base game update which comes with a wealth of new features and quality of life improvements such as new education stations, the Siamang’s brachiation behaviour, animal chorus and sniffing behaviors, and more.