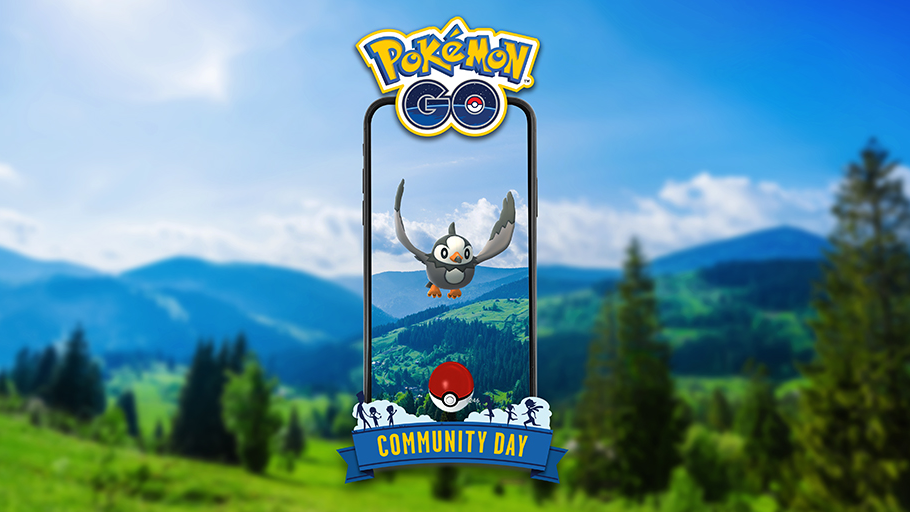 During this event, Starly will appear more frequently than normal in the wild and players will have the chance to encounter Shiny Starly.

Each time players evolve Staravia into Staraptor during this event and during the five hours immediately following it, Staraptor will learn the move Gust.

A number of in-game bonuses will be active during July’s Pokemon Go Community Day event:

On the Pokemon Go website, Niantic, the developer of Pokemon Go, detailed another bonus that will be available during the July 2022 Community Day event:

“If enough Pokémon are caught by Trainers with help from a single Lure Module, the 3× XP bonus for catching Pokémon near the Lured PokéStop will be increased to a 4× bonus XP for 30 minutes.*

* This bonus will not stack with the base 3× Catch XP bonus and will instead replace it for the duration.”

Players will be able to collect Starly-themed stickers during this Community Day event by opening Gifts, spinning the Photo Discs at PokeStops and purchasing them in the in-game store.

Finally, players will be able to battle against Staravia in Tier-4 Raid battles on July 17, 2022 from 2 p.m. to 7 p.m. local time. If players defeat Staravia in one of these Raids, Starly will appear near the Gym that held the Raid for 30 minutes.

Are you looking forward to the July 2022 Pokemon Go Community Day event? Let us know on Twitter at @superparenthq.