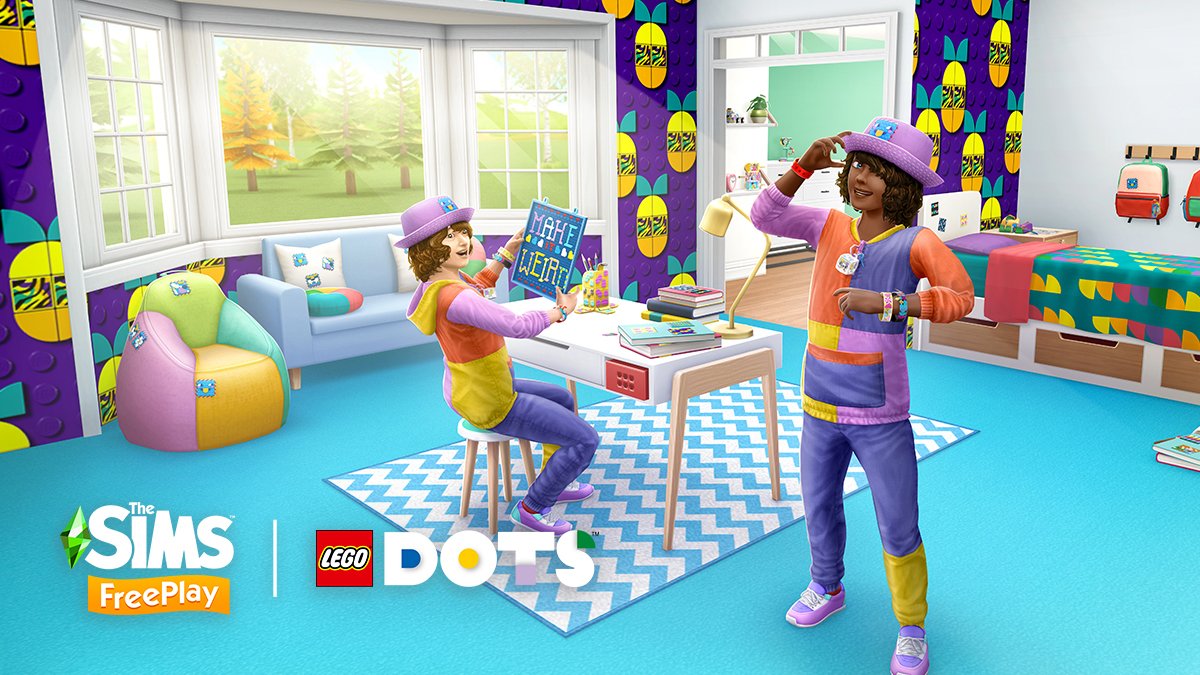 Electronic Arts and The Lego Group partnered to bring Lego Dots items to The Sims FreePlay on mobile devices. (The Sims FreePlay is a free-to-play life simulation game that allows players to create characters called “Sims” and interact with them as they live their everyday lives.)

In addition, a free Lego Dots pack will be available to collect in The Sims FreePlay from now until July 24, 2022.

The Sims FreePlay is available to download for free on iOS, Android, and Amazon devices. The game offers optional in-game purchases.

The Sims FreePlay is rated 12+ on iOS and T for Teen on Android. The game has a rating of “Guidance Suggested” on the Amazon Appstore. These ratings mean the game contains content that may be inappropriate for children (for instance, Sims can become pregnant).

What do you think about this Lego Dots event in The Sims FreePlay? Let us know on Twitter at @superparenthq.