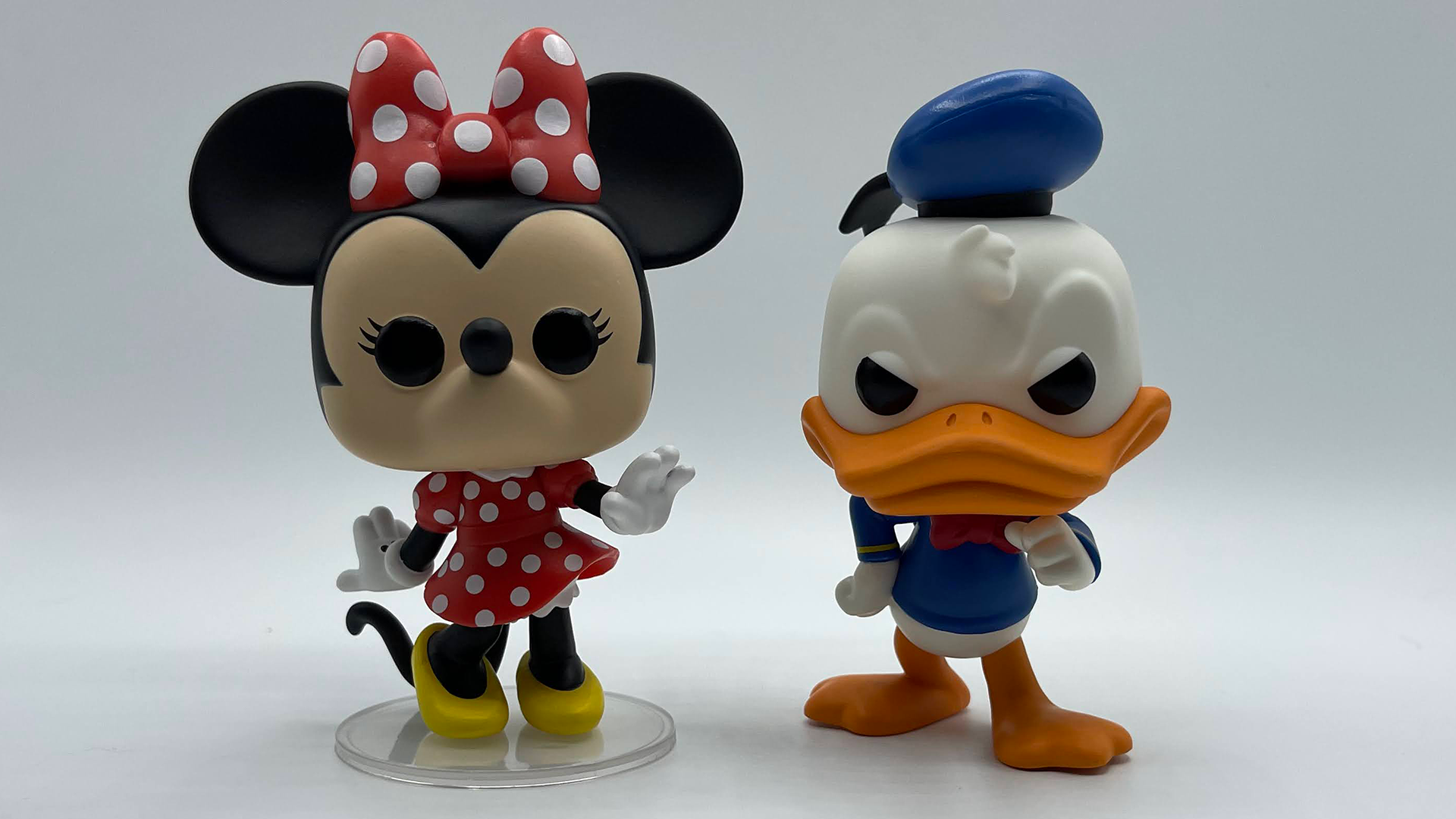 Funko sent SuperParent the Minnie Mouse and Donald Duck Funko Pops, as well as all of the Funko Minis to check out.

The regular Minnie Mouse Funko Pop measures roughly 4 inches tall when measured from the bottom of Minnie’s shoe to the top of the red and white bow between her ears. The figure comes with a plastic base that inserts into the bottom of Minnie’s left foot to give it stability, but we had no problem getting the figure to stand on its own without the base. Finally, the figure’s head can rotate in a full 360 degree circle, which means fans can make the figure look in different directions when it’s displayed outside of the box.

The regular Donald Duck Funko Pop, meanwhile, is slightly taller than 3 3/4 inches when measured from the bottom of Donald’s foot to the top of his hat. Donald’s head can also rotate in a full 360 degree circle, so fans can make the figure look in different directions when it’s displayed outside of the box.

Elsewhere, the Funko Minis figures are smaller than regular Funko Pops. While the heights of the individual figures vary, each Funko Minis figure is packaged in a box that measures roughly 3 3/4 inches tall. These figures aren’t sold as “blind bags,” meaning you can see the figure that’s inside each box before purchasing one.

Keep in mind, different retailers may sell the same Funko products for different prices. Make sure to shop around to find the best deal on the figure(s) you want!