Jumanji: The Curse Returns Is Now Available on Switch 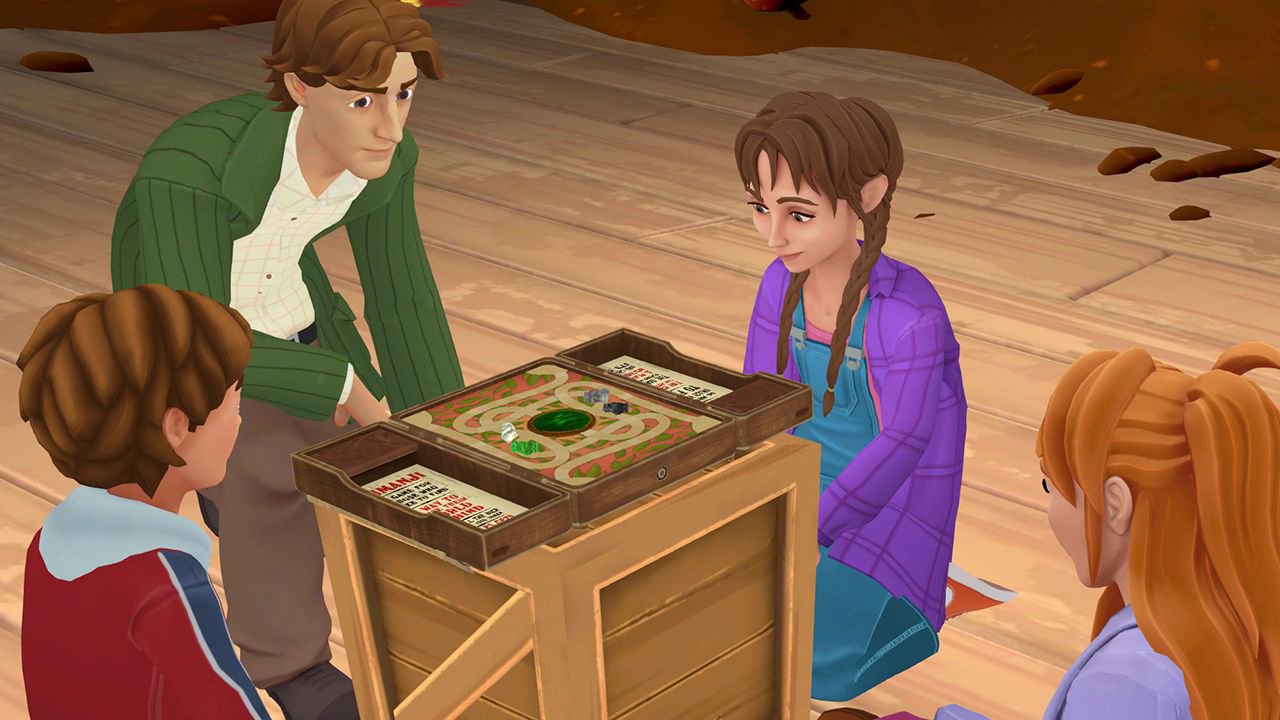 Jumanji: The Curse Returns was originally released on PC in September 2021 and on mobile devices in November 2021. Now, the game has launched on Nintendo Switch. The digital board game title is inspired by the Jumanji film series, and it allows players to play the Jumanji tabletop game featured in the first Jumanji film.

Jumanji: The Curse Returns challenges up to four players to reach the center of the Jumanji game board before the town of Brantford is taken over by the creatures that have come out of the game. Players can play the game on their own with computer-controlled teammates, as well as play with other people in the same room or online.

During each game, players will take turns rolling the dice, and after the dice are rolled, the center of the game board will reveal a clue about what’s going to happen.

On many turns, players will need to work together to defeat animals and plants that have come from the game. Players will have a limited amount of time to defeat the required number of creatures in each of these “encounters.”

During an encounter, players will be able to spend a limited number of Action Points to play cards that can damage the creatures, help themselves, or help their teammates. A player’s Action Points will recharge automatically over time.

Different cards may be “effective” or “ineffective” against different creatures, and there doesn’t appear to be a way to tell how effective a card will be before playing it. However, players may be able to memorize which cards are most effective against each creature over time.

If players fail to complete an encounter before time runs out, the creatures will “take over” one of the locations in town. If players fail five of these “encounters,” the group will lose the game.

As players complete encounters, they’ll receive points depending on their performance, as well as coins that can be used to purchase new cards for their deck.

If players don’t trigger one of these “encounters” on their turn, there are a few other possible outcomes that may occur. For instance, the player’s token may be required to move backwards on the game board.

When the first player reaches the center of the Jumanji game board, the game ends and the group wins. That is, while every player will technically earn points throughout the game, these points don’t determine the winner, and the group will either win or lose together.

Finally, the game features an additional “map,” or gameplay location to choose before a game begins. The Winter Resort map challenges players to save a resort from the game’s creatures.

Jumanji: The Curse Returns is now available on Switch for $18.99. The game is rated T for Teen by the ESRB.

Check out a complete game of Jumanji: The Curse Returns on Switch in our video below.

Disclosure: SuperParent received a code for Jumanji: The Curse Returns on Switch for coverage purposes.