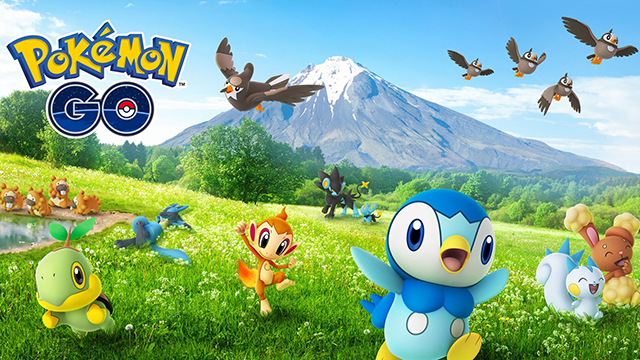 Pokemon Go launched on mobile devices in July 2016, and it’s been updated pretty steadily since then, with things like limited time events and special Pikachu wearing cute little hats. Of course, some updates are bigger than others, and arguably the biggest updates of them all are those that add entirely new groups of Pokemon for players to capture.

We’re at one of those moments again, trainers. The first set of creatures from Generation 4 of the Pokemon universe is now available to capture in Pokemon Go. Gen 4 Pokemon were first introduced in the Pokemon Diamond and Pearl video games, which launched on Nintendo DS in 2006. There are over 100 Pokemon in Gen 4 in total, but only a few of those have been released in Pokemon Go so far.

The helpful folks on the The Silph Road subreddit, a dedicated community of Pokemon Go players, have broken down what this first wave looks like. According to their data, players can now encounter Turtwig, Chimchar, Piplup, Starly, Bidoof, Kricketot, and Buneary in the wild, along with most, but not all of these critters’ evolutions.

According to The Silph Road, Riolu and Shinx can be now be hatched from 10 km eggs. Shinx can also be found in Raid battles, and some players have even encountered a shiny form of Shinx through those Raids.

Finally, three Gen 4 Pokemon seem to be region-locked, meaning they’ll only be available to encounter in certain parts of the world (just like Mr. Mine and the other regional Pokemon that are already available in the game).

Pokemon Go’s developer, Niantic, said we’ll see more Gen 4 Pokemon arrive in the game in waves over the next few weeks. Niantic also said we’ll eventually see more new features added to the game, including an apparent expansion to Pokemon storage, which has been a hot topic among devoted players for some time now.