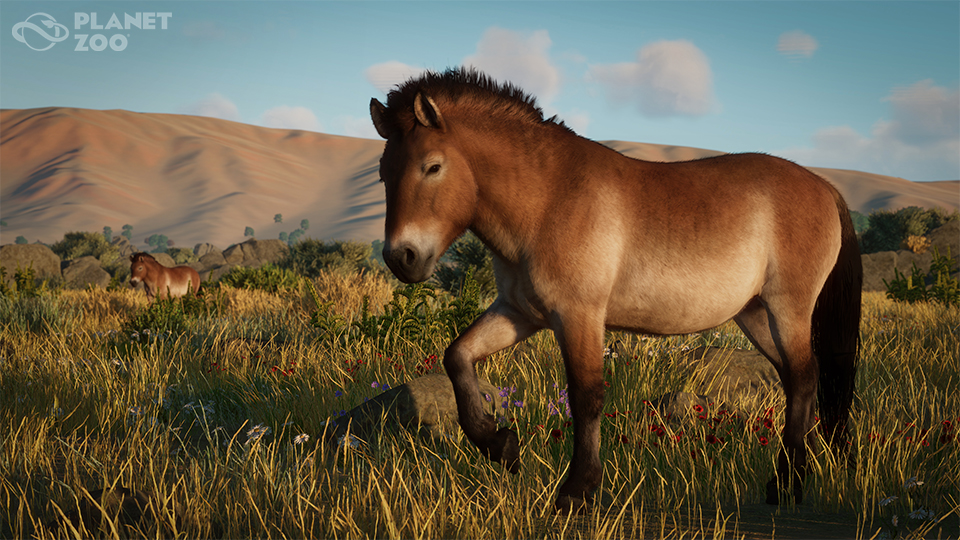 Developer Frontier Developments revealed the next downloadable content (DLC) pack coming to Planet Zoo, its zoo management and simulation game that allows players to build and manage their own zoos.

The Conservation Pack will add five new animals to the game that are “endangered or below:”

The Conservation Pack will also include more than 150 new scenery items that players can use to decorate their zoos. This includes plants like the Tomato Plant, Oxeye Daisies, and Poppies (among others), and decorative items such as grass roof tiles.

Finally, the Conservation Pack will include a new Timed Scenario for players to complete.

The Planet Zoo: Conservation Pack DLC will be released on PC on June 21, 2022 for $9.99. Players will need to own the base game of Planet Zoo on PC to access the DLC. As of this writing, Planet Zoo is available on PC for $44.99.

Planet Zoo is rated E10+ for Everyone 10+ by the ESRB. You can learn more about the game in our previous coverage.