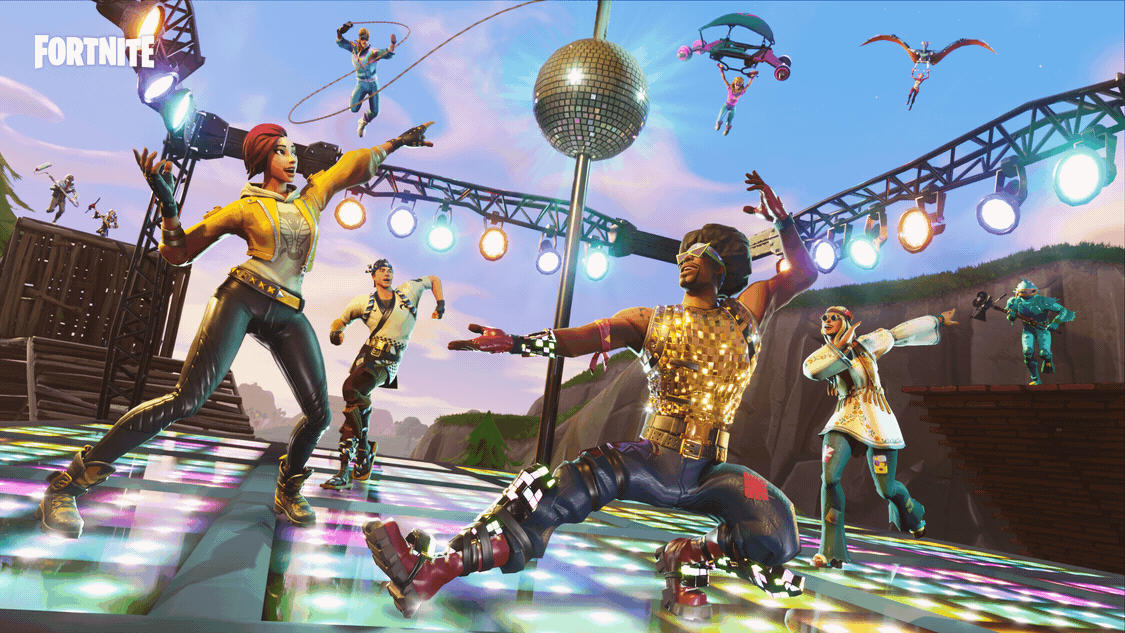 It’s time to hit the dance floor in Fortnite: Battle Royale. As IGN spotted, the latest update has come to the popular multiplayer game, and it includes a new limited time game mode called Disco Domination.

While the base gameplay of Fortnite: Battle Royale pits 100 players against one another with the goal of being the last one standing, the Disco Domination mode splits players into two teams of 50 players who will need to work together to secure that sweet Victory Royale. This new mode is similar to a generic gameplay mode called “King of the Hill,” which has appeared in a variety of shooter franchises, from Gears or War to Halo and beyond.

During each match of Disco Domination, players will need to find five dance floors located around the gameplay area, and claim them for their team by first eliminating any nearby enemies and then starting to dance on the floor. (If you’re not familiar, players can collect a variety of dance animations for the game’s playable characters, so this mode puts those to good use.)

As players dance, a disco ball will begin raising from the floor. When the disco ball is completely raised, the dance floor will be “captured” for that particular team. The more players from the same team who are dancing on the same dance floor, the faster it will be captured.

When a team captures a dance floor, they’ll begin earning points that fill their team’s meter. They’ll need to defend their dance floors from players on the other team, who want to capture the floors for themselves. The first team to fill their meter wins the game.

To keep the action going, players will be able to respawn whenever they’re eliminated until the last storm circle in the match.

In addition to this new game mode, Fornite’s latest update adds a Quad Launcher weapon to the game. The game’s patch notes said this weapon can “fire up to four lobbed rockets in quick succession.”

The Disco Domination mode is a great way for teens to practice their communication and teamwork. However, it also encourages players to communicate -- potentially with strangers -- more than they might have otherwise. Check out our guide for tips on keeping your kids safe while playing online.