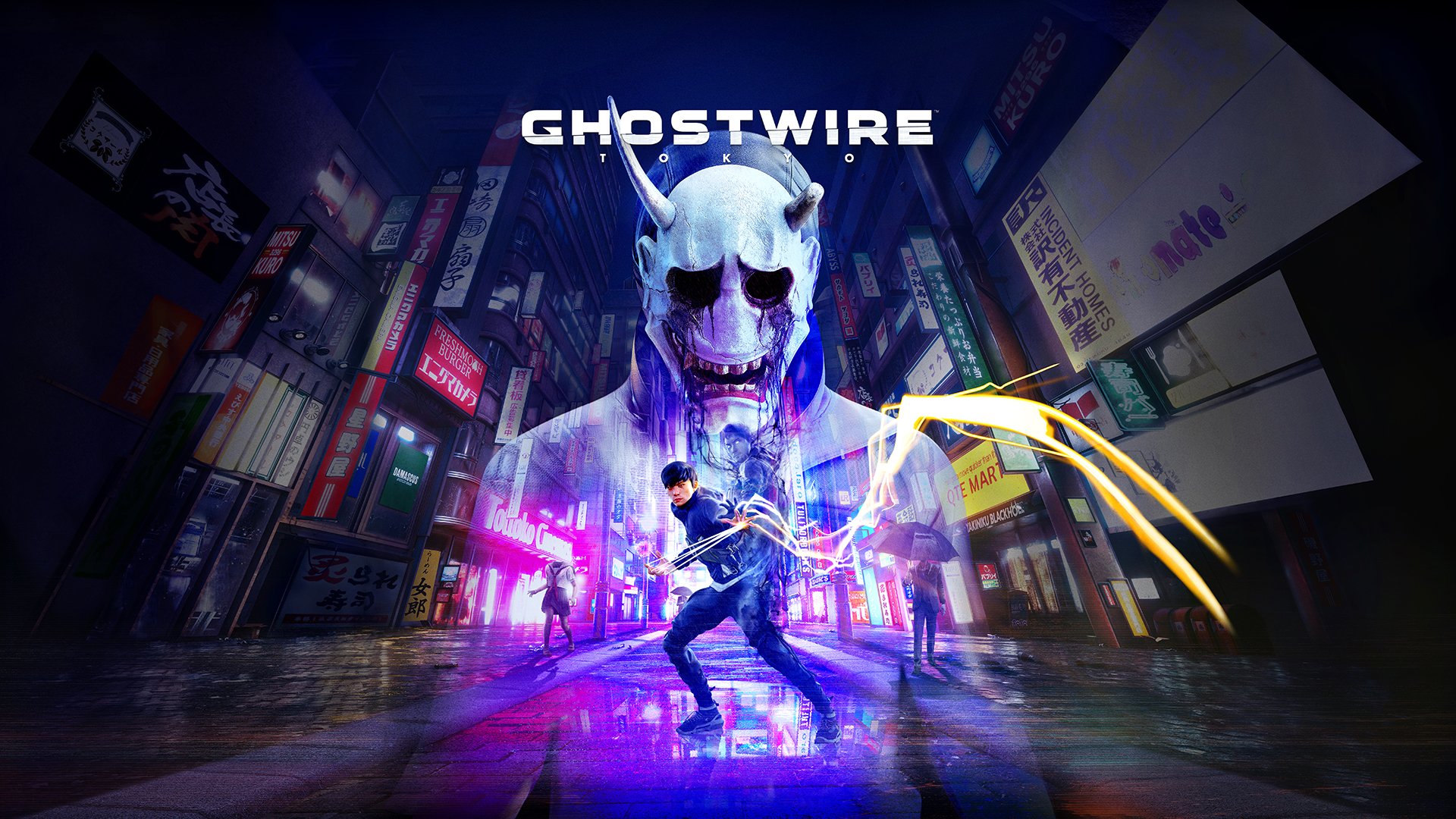 Ghostwire: Tokyo is available March 25th, 2022 on PlayStation 5 and PC.

We had the chance to play Ghostwire: Tokyo on PS5.

What's this game about?

Ghostwire: Tokyo is an open-world action-adventure set in a modern-day version of the titular Japanese capitol. The game's supernatural-focused story finds players in the shoes of Akito, a man who's nearly killed in a vehicular accident moments before a mysterious fog envelopes the city, robbing its people of their souls. Akito is soon possessed by KK, a spirit who imbues him with paranormal powers. Together, the pair – while sharing one body – uneasily align to battle specters, help troubled spirits, and get to the bottom of what's happened to Toyko and its soul-stripped populace.

Ghostwire: Tokyo plays much like a first-person shooter, save for the fact the genre's standard arsenal of guns and grenades has been replaced by elemental powers fueled by fire, wind, and water. Much of the game is focused on unleashing these abilities – as well as a bow and arrow – on malevolent ghouls and ghosts, from faceless chaps in smart suits to headless schoolgirls and masked, scissor-wielding women.

When not taking on these creepy, ethereal enemies, players can explore the sprawling, urban map, saving friendly spirits, tackling side quests, solving puzzles, and progressing their character. The latter takes the form of leveling-up and investing earned points to unlock skills and upgrades. You can also interact with the city's cats and dogs, both of which help out in their own adorable ways.

Overall, Ghostwire: Tokyo follows a formula similar to open-world series like Assassin's Creed and Far Cry. But while its action and objective-filled map will feel familiar to fans of those franchises, the paranormal powers, abandoned city, ghostly threats, and other supernatural themes – most of which borrow from Japanese culture and folklore – put a fresh spin on the tried-and-true template.

Ghostwire: Tokyo's combat is a literal blast, as flinging fire bombs, wind blasts, and weaponized water feels like a novel way to tackle encounters that'd typically be overcome with hand-cannons and explosives. The inspired antagonists also add to the experience, as their unique, unsettling designs aren't your typical first-person shooter foes, but the sort of threats that might pop-up in a Japanese horror film.

There's also no shortage of interesting activities to dive into outside of combat, from collecting and freeing spirits to helping wayward ghosts take care of unfinished business. More than just arbitrary quests, most of this optional content organically ties into the overall story and its themes, or helps drive Akito's progression.

It doesn't hurt that the world is stunningly realized and packed with immersion-ratcheting details. Of course, while the game delivers accuracy and authenticity in spades, its haunting take on Tokyo's Shibuya district is like nothing you've ever seen. The rain-slicked sidewalks are littered with the left-behind items – empty clothing, backpacks, personal items – of those who were suddenly taken, while neon-illuminated streets have been dimmed by a thick, choking fog.

Brave players are invited to explore every nook and cranny of this atmospheric setting, as Akito's non-combat skills – such as grappling to the top of skyscrapers and floating on air – allow for plenty of vertical freedom. Whether you're chasing down critical objectives or collecting cute, gift-granting tanuki, exploring the world is often as engaging as thwarting evil spirits.

As absorbing as Ghostwire: Tokyo's combat and various activities are, its gameplay loops can grow repetitive. There's a bit of a pacing problem in that the game introduces most of its features and mechanics within its first few hours. This results in the player not only being potentially overwhelmed early on, but also having few fresh discoveries to make after the initial chapters. This issue doesn't significantly detract from the game's quality, but it's worth noting its many novel ideas begin to lose some luster 10 or so hours into an adventure that can take twice that long to complete.

Ghostwire: Tokyo comes from Tango Gameworks, the studio behind the gory, blood-soaked survival horror series The Evil Within. While its latest effort certainly has its share of frights, it's more unsettling than scary. Haunting, atmospheric, and filled with disturbing foes, Ghostwire: Tokyo could make a potential appearance in your future nightmares, but don't expect it to wake you up screaming in a pool of your own sweat. And again, it doesn't rely on the sort of stomach-churning imagery of its predecessors to deliver its more subtle scares.

While not graphic or gory, Ghostwire: Tokyo's combat is still quite violent, earning it a T (Teen) ESRB rating. Its spell-inspired weapons work much like guns in shooting games, and specific attacks, like ripping heart-like “cores” out of enemies, pack visceral animations. The game also features some mature language, including “hell,” “s—t,” “pr—k,” and “a—hole.” Mature themes, such as death, murder, grieving, and spiritualism are also present.

In a competitive space crammed with familiar-feeling open-world games and first-person shooters, Ghostwire: Tokyo stands out as something unique. While its core gameplay loops don't stray far from those that define the aforementioned genres, its urban, Japanese setting and strong focus on the supernatural – including its unsettling line-up of paranormal threats – help separate it from the pack. Some repetitiveness does begin to set in around the story's midpoint, but these pacing problems aren't enough to sully an otherwise ambitious, absorbing – and spooky – take on the open-world action-adventure.

Ghostwire: Tokyo is available March 25th on PlayStation 5 and PC for $59.99. The game is rated T for Teen by the ESRB.