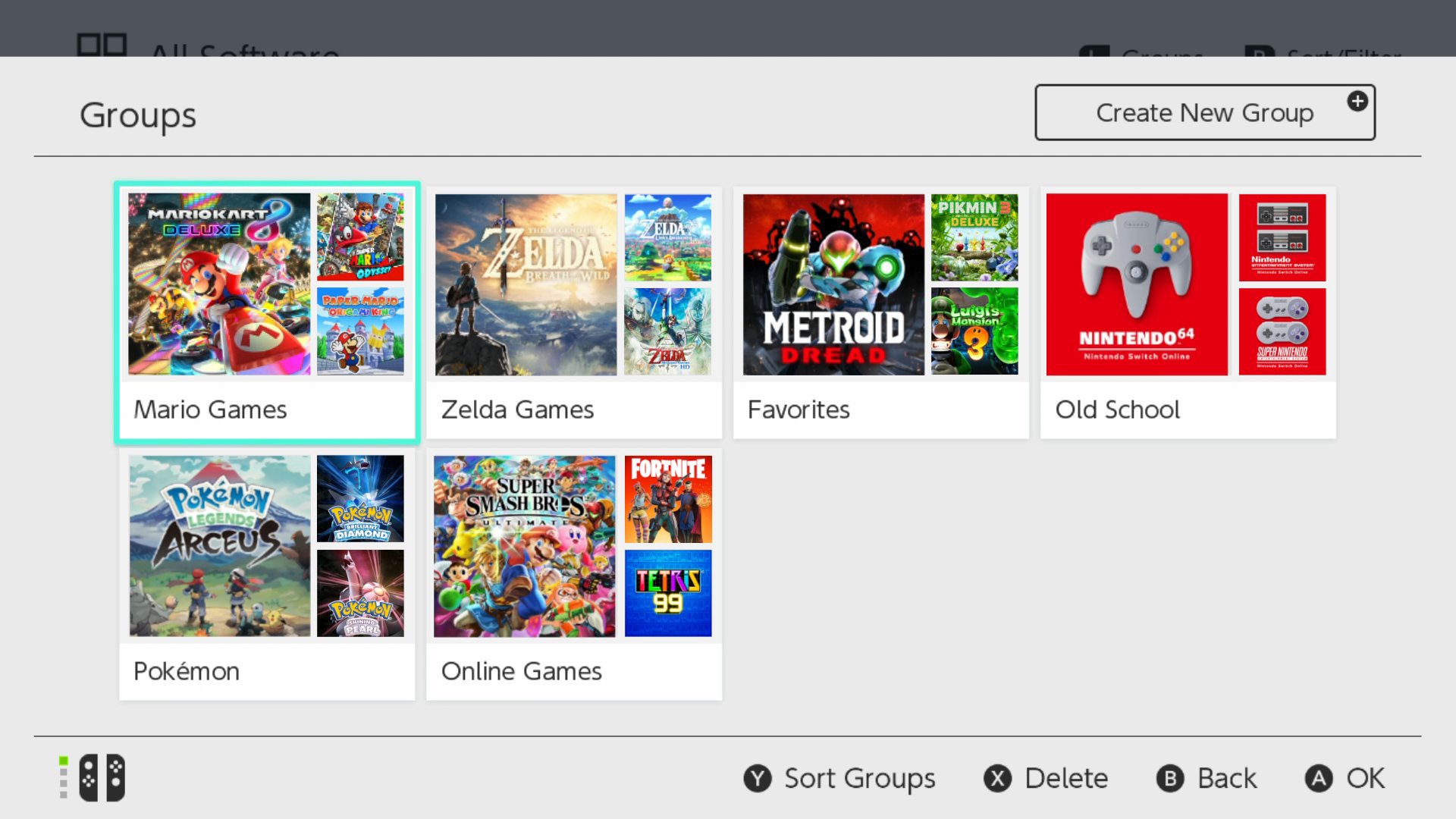 The latest console update for Nintendo Switch systems added a handy new feature for players who own lots of games: the ability to organize games into groups, or folders.

In order to access this new feature, Switch owners need to update their system to Version 14.0.0 or above.

You can view a full step-by-step guide related to creating Groups on Switch on Nintendo’s support website.

A single Group (folder) can have up to 200 titles, and the same title can be added to more than one Group. Players can name each Group they create, and they can also arrange the titles in each Group into their desired order.

Is your family happy about this Nintendo Switch update? Let us know on Twitter at @superparenthq.