Kirby and the Forgotten Land Review 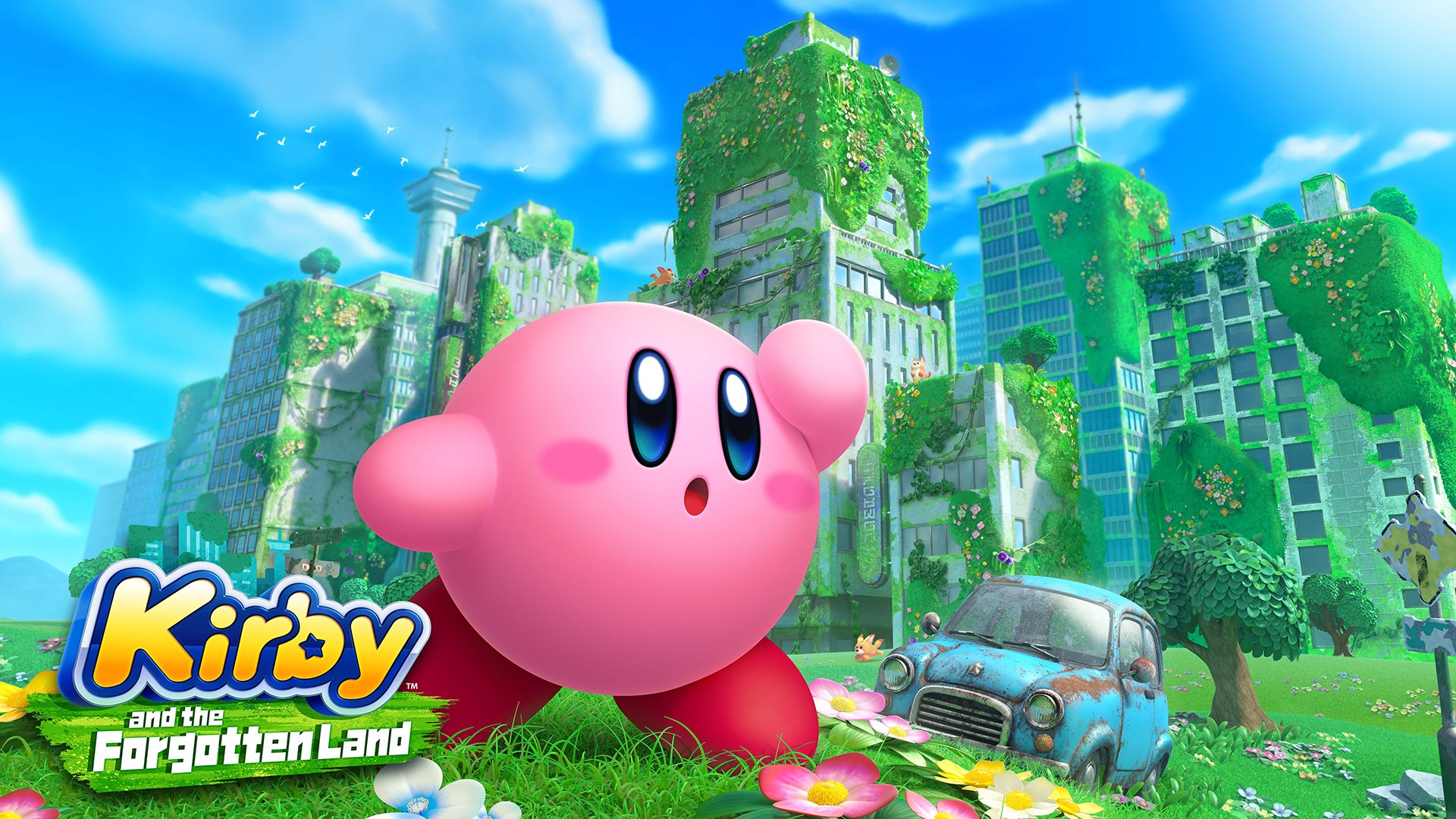 Kirby and the Forgotten Land hits Switch on March 25, 2022. We had the chance to check the game out before it’s released.

Players will need to help Kirby rescue the Waddle Dees and defeat the Beast Pack across a variety of themed worlds and levels.

Kirby and the Forgotten Land is a 3D platformer that will challenge players to jump on and over platforms, avoid obstacles, and avoid or defeat enemies in each stage. Players can also collect coins and hidden objects as they explore each environment.

Rather than having a single weapon or ability to use throughout the entire game, Kirby can copy the abilities of certain enemies by inhaling them into his mouth (Kirby can also inhale “basic” enemies and items and spit them back out as projectiles).

The game features a nice variety of copy abilities that each function differently. As a few examples, the Sword ability gives Kirby a sword he can use to attack enemies, the Fire ability allows players to shoot fire at enemies, and the Drill ability allows players to temporarily burrow underground to attack enemies from underneath and reach otherwise inaccessible areas.

Each ability controls a bit differently and some are more fun to use than others. Thankfully, you can switch to your favorite ability before you begin each level, if you want to take the time to do so. Otherwise, you can switch between abilities during a level by inhaling one of the level's enemies or by interacting with an ability pickup spot, if one happens to be available. It’s also worth pointing out that Kirby doesn’t have to have an ability equipped, and players can still attack enemies and clear obstacles using Kirby’s standard abilities (such as the ability to slide into breakable objects to destroy them).

Kirby and the Forgotten Land also gives Kirby a “Mouthful Mode” ability that allows him to temporarily inhale very large objects, such as cars, traffic cones, and vending machines. Inhaling these special objects may allow Kirby to interact with the environment in different ways, open up new paths in the level, and more.

Each time players complete a level for the first time, they’ll rescue a group of Waddle Dees who will return to Waddle Dee Town, the game’s hub area. Players can also rescue somewhat “optional” Waddle Dees in each level by completing specific tasks called “Missions.” For instance, one Mission may ask players to rescue a number of “hidden” Waddle Dees in a level, while another may ask them to destroy certain objects as they progress through the level, and so on.

While players aren’t required to rescue every Waddle Dee to complete a level and move onto the next, they will need to rescue a certain number of Waddle Dees in each world to unlock the boss level for the world. There are multiple levels to complete in each world, and players can replay those levels as many times as they want or need in order to rescue the number of Waddle Dees they need to progress. The boss levels themselves see Kirby face off against a challenging opponent in battle.

Levels and boss battles become more complicated and challenging as players progress. The abilities players use during a stage may also make a level feel more or less challenging, depending on the level’s specific obstacles and whether or not those abilities suit their play style (for instance, does someone prefer to attack enemies from far away, or up close?).

Kirby has a limited amount of health, and he’ll take damage each time he runs into a hazard or enemy. Players can eat food items found in each level to refill their health.

There is no “lives” system here. If players run out of health, they’ll lose a few of the coins they’ve collected, and then they can keep playing.

The game offers two difficulty settings, with one being an easier difficulty that gives Kirby much more health. You can swap between the game’s two difficulty settings at any time between levels, which is incredibly handy, especially if players find themselves struggling with a particular portion of the game, or they decide they want a more relaxed experience.

The game also allows a second player to join the experience for some cooperative gameplay. When two people are playing together, one player will control Kirby while the other will control Bandana Waddle Dee.

In addition to normal levels, Kirby and the Forgotten Land features “Treasure Road” challenge stages, which each focus on one of Kirby’s different abilities. Players have a limited amount of time to complete each challenge, and if they succeed, they’ll collect a special star. These stars can be spent back in Waddle Dee Town to upgrade Kirby’s abilities.

Kirby and the Forgotten Land is a delightful experience, and it’s one of the cutest games we’ve played on Switch (even some of the enemies are adorable!).

As we said before, some of Kirby’s abilities aren’t as much fun to use as others, though this comes down to personal opinion, and there are enough abilities available that everyone should be able to find a few favorites.

That being said, the game’s Treasure Road challenge stages aren’t as fun as the game’s normal levels, and it can be difficult to finish these challenges before time runs out, especially if they focus on an ability that isn’t as straightforward to use as some others.

The game features some text to read, so younger players may need help following along.

Kirby and the Forgotten Land is an entertaining (and adorable) 3D platformer with lots of level variety and fun world themes. We recommend picking this one up for Nintendo Switch when the game launches in just a few days.

If you’d like to try the game before making a purchase, you can download the game’s free demo from the Nintendo eShop. The demo will allow you to play three of the game’s levels, and it allows you to choose from both difficulty options.

Disclosure: SuperParent received a code for Kirby and the Forgotten Land for coverage purposes.