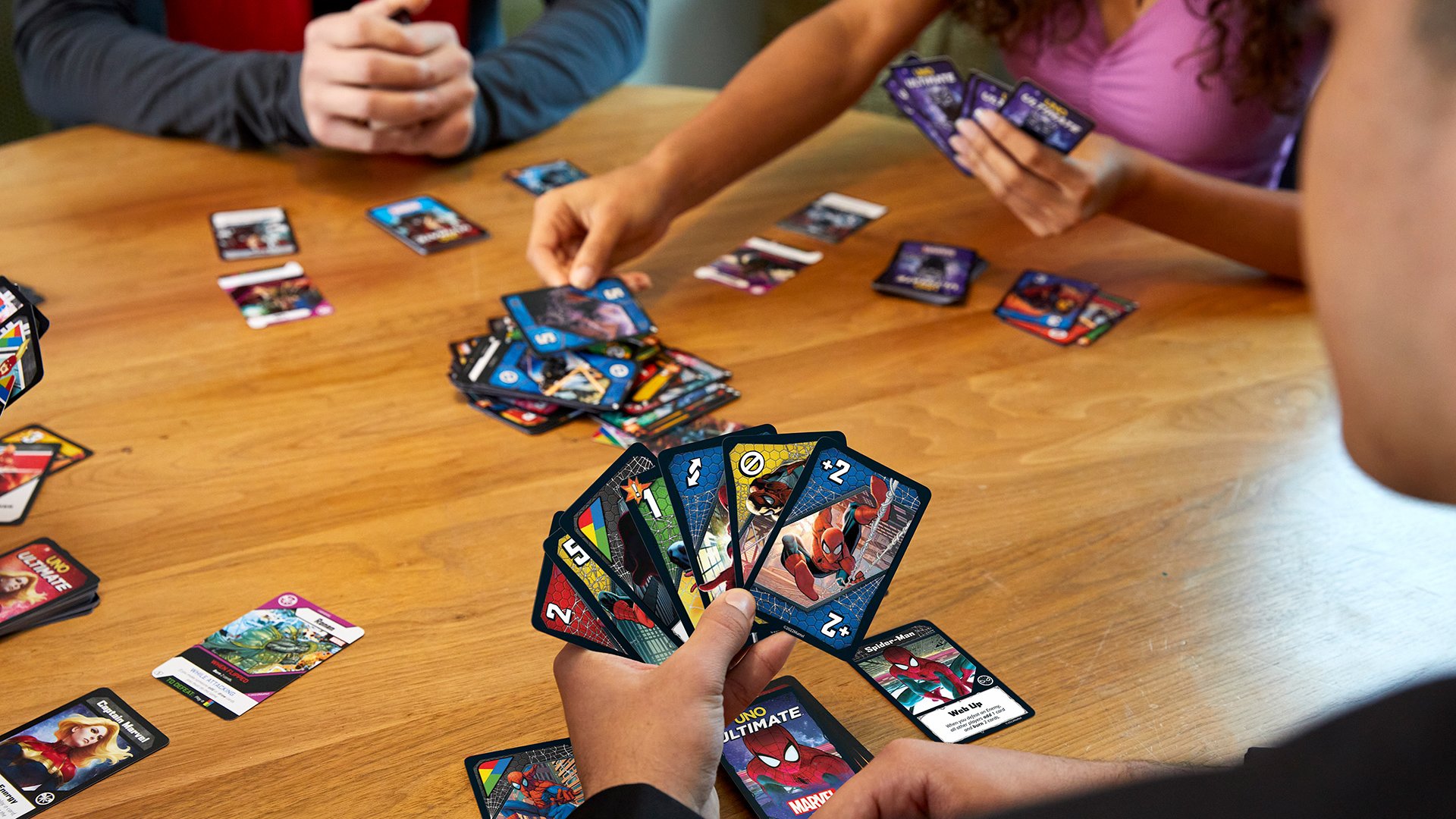 Mattel revealed a new version of Uno that brings elements from collectible and trading card games to the classic Uno experience.

Uno Ultimate Marvel features four card decks, with each one being inspired by a different character from the Marvel universe: Iron Man, Black Panther, Thor, or Captain Marvel. Each character has their own special powers that players can use on every turn, and the game includes “Enemy” and “Event” cards that will affect the game. Uno Ultimate Marvel is for 2-4 players aged 7+.

In each game of Uno Ultimate Marvel, players will work to play all of the cards in their hands, and they’ll need to say “Uno” when they’re down to their last card. At the same time, the game will give players two ways to win in each round.

Is your family excited to play Uno Ultimate Marvel? Let us know on Twitter at @superparenthq.