Kirby and the Forgotten Land Wondaria Dream Parade: How to Help the Lost Ducklings Find Their Mama 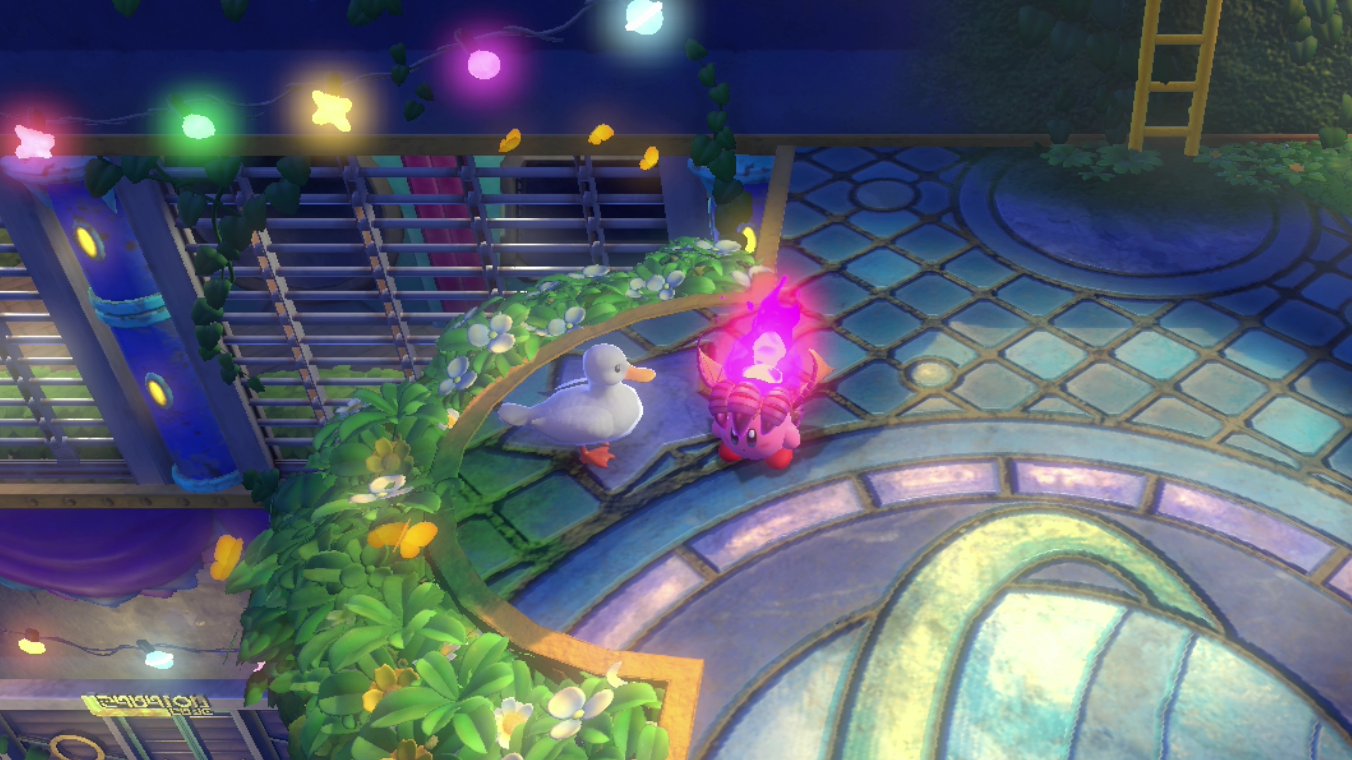 Kirby and the Forgotten Land was released on Nintendo Switch on March 25. The 3D platformer challenges players to help Kirby rescue Waddle Dees and defeat the Beast Pack.

Each level in Kirby and the Forgotten Land features multiple missions for players to complete. One of the missions in the level called “The Wondaria Dream Parade” asks players to “Help the lost ducklings find their mama.” (A similar mission can be found in the "Welcome to Wondaria" level. Check out our guide for that mission right here.)

There are five ducklings to find in The Wondaria Dream Parade level. All five can be found near the beginning of the level, where you need to help Kirby avoid the moving parade vehicles.

You can “collect” a duck by walking close to it. Once you collect a duck, it will begin following along behind Kirby until players return it to the Mama duck, who is standing near the middle of this area.

It's worth pointing out that the ducks may be “hit” by the moving parade vehicles as you try to guide them to their mother. If this happens, they’ll become startled and you’ll need to walk back over to them to have them follow Kirby once again.

Once you’ve delivered all five ducklings to the mama duck, you’ll complete this mission!

Check out our video below to see where the five ducklings can be found in this level!

It may take you a while to complete all of the missions in Kirby and the Forgotten Land. That being the case, you may want to check out the ChargePlay Clutch from HyperX. It can extend your device’s battery life so you can play Kirby and the Forgotten Land and other Switch games for a longer period of time before having to charge your Switch. Head over to HyperX’s website to learn more about the ChargePlay Clutch and the company’s other Switch accessories.