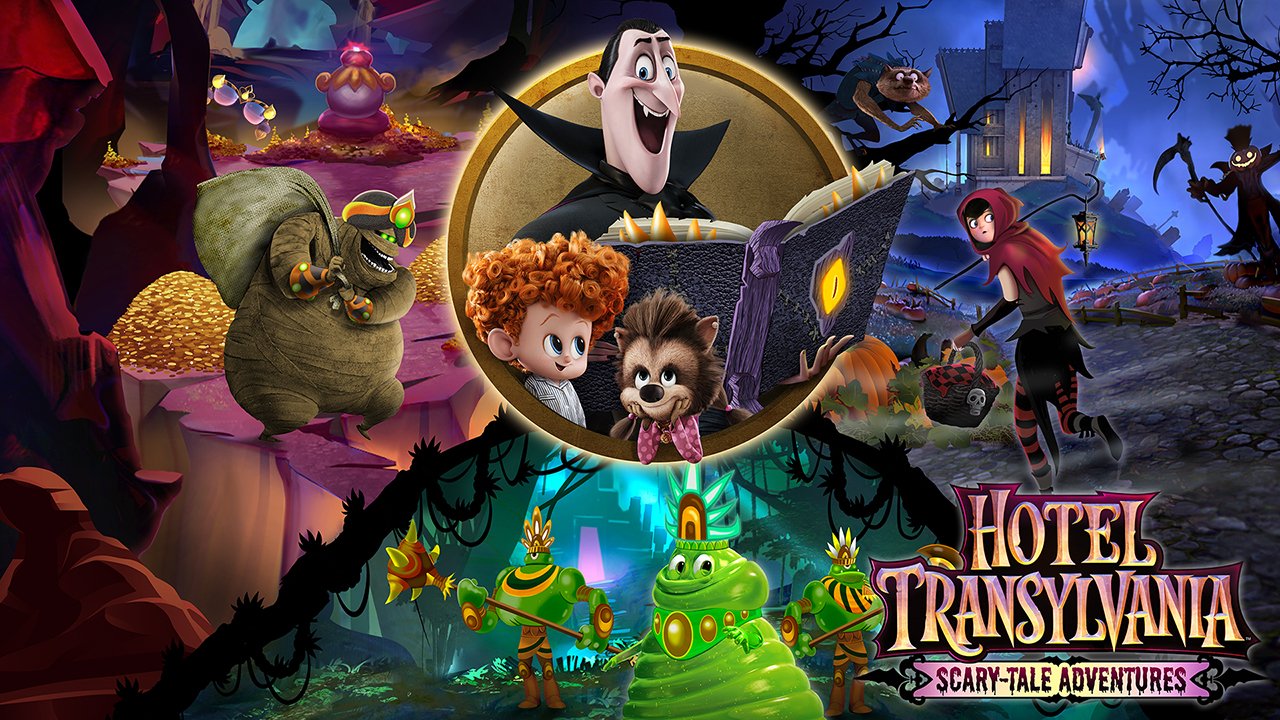 Hotel Transylvania: Scary-Tale Adventures is a 3D platformer that allows players to complete stories inspired by the classic fairy tales Little Red Riding Hood, Ali Baba and the Forty Thieves, and The Emperor’s New Clothes. Players can complete each story one at a time.

Each level in the game has enemies to defeat and obstacles to overcome. Levels also have collectibles for players to gather. Players can replay levels if they’d like.

Finally, Hotel Transylvania: Scary-Tale Adventures features voice acting, as well as subtitles, though we noticed some issues where the subtitles had text errors or didn’t exactly match up with the spoken voice overs. In addition, the game suffers from some graphical issues on Switch, but we haven’t tested the game on other platforms to see if the same graphical issues are found in other versions of the game.

Hotel Transylvania: Scary-Tale Adventures is now available on Switch, PlayStation 4, Xbox One, and PC for $39.99. The game is rated E10+ for Everyone 10+ by the ESRB.

Check out some gameplay from Hotel Transylvania: Scary-Tale Adventures on Switch in our video below.