Kirby and the Forgotten Land Concrete Isles: How to Greet 3 Sea Birds 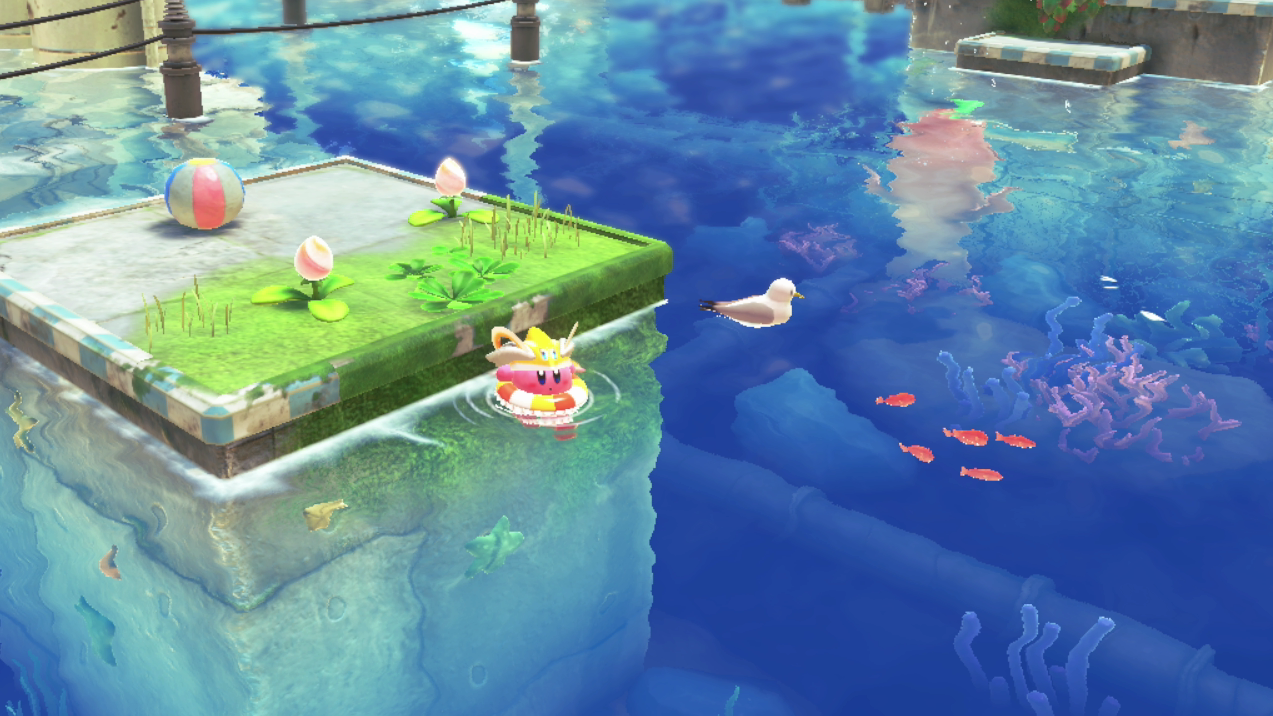 Kirby and the Forgotten Land was released on Switch on March 25, 2022. The 3D platformer allows players to complete levels with the goal of rescuing Waddle Dees and defeating the Beast Pack.

Each level has multiple missions to complete. One of the missions in the “Concrete Isles” level of the game asks players to “Greet 3 Sea Birds.” We’ll show you how this is done!

The three sea birds can be found floating on the water in different areas of the Concrete Isles level. In order to “greet” a sea bird, you need to "scare" it away by moving close to it or by using one of Kirby's abilities near it (for instance, you can shoot at it using the "Cutter" ability). When you scare a sea bird, it will fly away and you'll earn one point toward completing this mission!

Check out our video below to see where the three sea birds are located!

There are lots of missions available to complete in Kirby and the Forgotten Land, and it may take you a while to finish them all. That being the case, you may want to check out the ChargePlay Clutch from HyperX. It can extend your device’s battery life so you can play Kirby and the Forgotten Land and other Switch games for a longer period of time before having to charge your Switch. Head over to HyperX’s website to learn more about the ChargePlay Clutch and the company’s other Switch accessories.