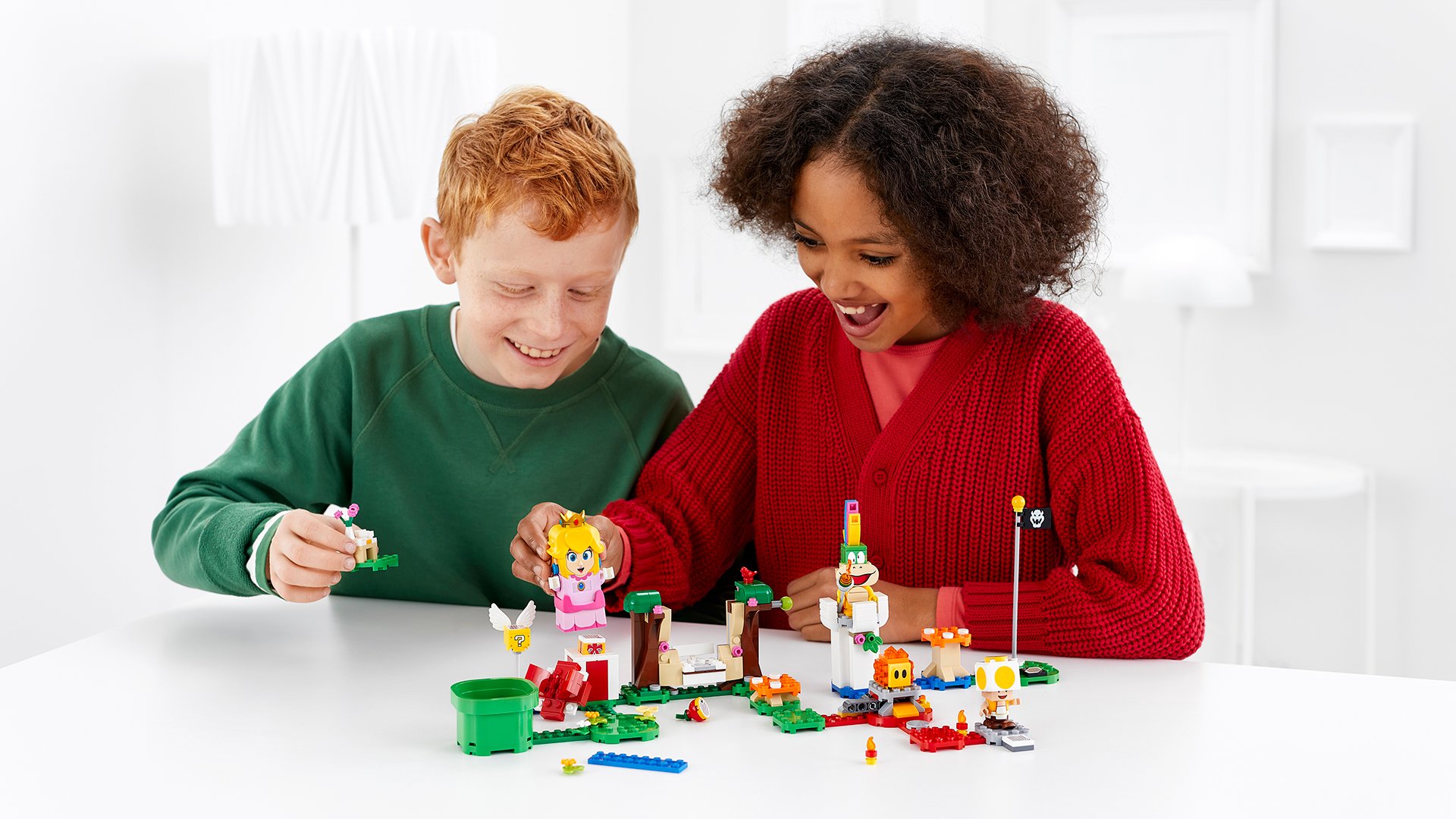 To start, the Lego Super Mario Adventures with Peach Starter Course set will include an electronic Lego Peach figure that kids (and adults) can use to interact with the set. The Lego Peach figure will be able to connect to the previously released Lego Mario and Lego Luigi figures for some two-person fun (only two figures can be connected at a time, even if someone owns all three).

In addition to revealing the Peach Starter Course, Lego revealed a series of new Lego Super Mario expansion sets that can be mixed and matched with any other Lego Super Mario sets families already own.

Here are all of the sets that were revealed:

Is your family looking forward to playing with any of these new Lego Super Mario building sets? Let us know on Twitter at @superparenthq.