Kirby and the Forgotten Land Downtown Grassland: How to Break the Building's Shutter 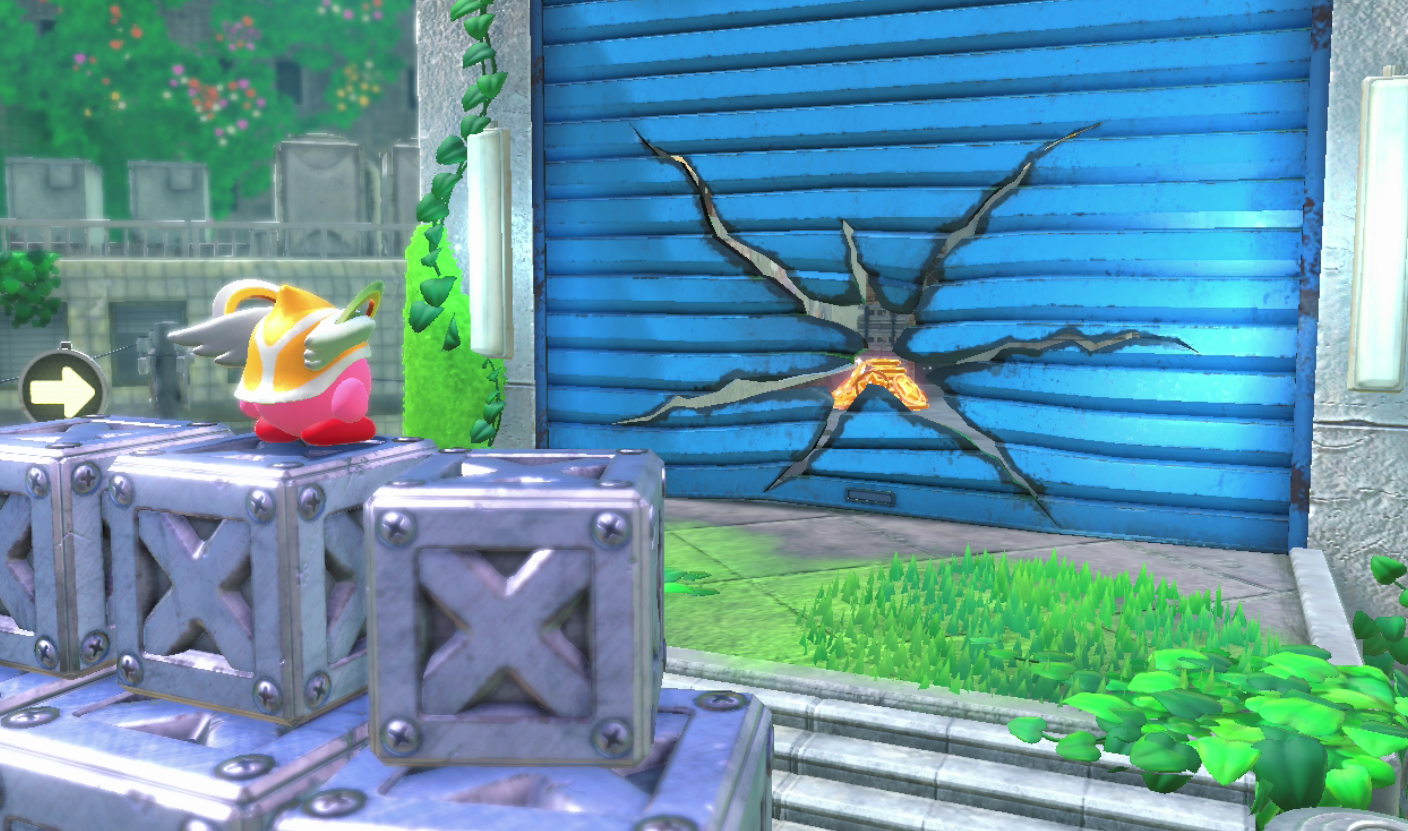 Kirby and the Forgotten Land is out now on Nintendo Switch!

Each level in this 3D platformer has multiple missions for players to complete. One of the missions in the first level of the game, Downtown Grassland, asks players to “Break the building’s shutter.”

This mission requires players to break the door on a building near the beginning of the Downtown Grassland level. You’ll come across this building shortly after you scale the first cliff in the level. You’ll know you’ve found the right building when you see the damaged shutter (or “door”) that’s covered in cracks, which indicates that it can be broken.

Once you’ve inhaled the vending machine, you can shoot cans at the building’s shutter in order to break it and complete this mission.

Check out our video below to see how to break the building’s shutter in the Downtown Grassland level!

It may take quite a while to complete all of the missions in Kirby and the Forgotten Land. That being the case, you may want to check out the ChargePlay Clutch from HyperX. It can extend your device’s battery life so you can play Kirby and the Forgotten Land and other Switch games for a longer period of time before having to charge your Switch. Head over to HyperX’s website to learn more about the ChargePlay Clutch and the company’s other Switch accessories.

Disclosure: Nintendo gave SuperParent a code for Kirby and the Forgotten Land for coverage purposes. HyperX is a sponsor of SuperParent.