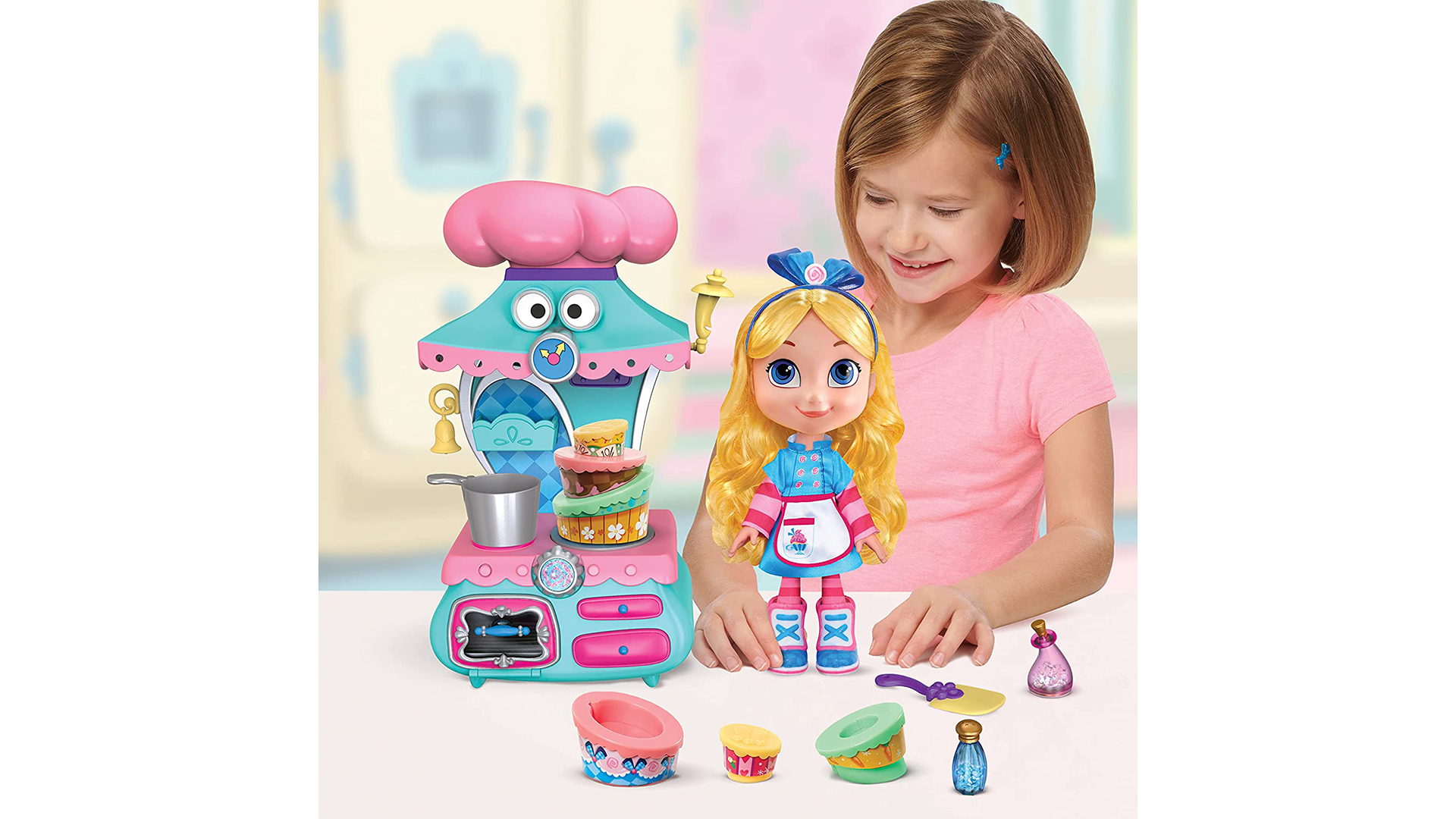 Ahead of their release, parents can pre-order two toys now on Amazon.

First, there’s the Alice Doll & Magic Oven Playset, which includes a 10-inch doll of Alice, as well as a “magical oven” toy that lights up and plays phrases and sounds from the series, including “The Baking Song.” The playset includes multiple toy cake pieces of different sizes, which can be stacked to create larger cakes. Plus, the playset includes two small toy spice jars and a small toy spatula.

Next, the Alice’s Tool Bag Set includes accessories and toys that kids can use to create some imaginary treats. The playset includes a 12-inch bag that’s shaped like a cupcake, as well as a toy whisk, spatula, and more. The playset also includes two kinds of toy “dough,” with one having a vanilla scent and the other having a strawberry scent.

Does your family enjoy watching Alice’s Wonderland Bakery? What do you think about these new toys? Let us know on Twitter at @superparenthq.