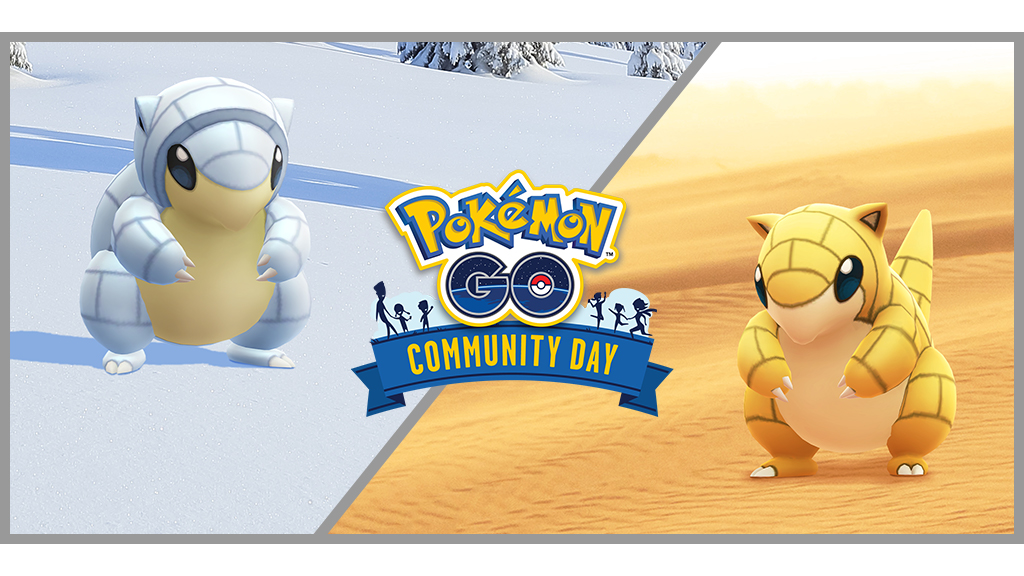 During this event, Sandshrew and Alolan Sandshrew will appear more frequently than normal in the wild, and there will be the chance for players to encounter the Shiny versions of both Pokemon.

Each time players evolve Sandshrew into Sandslash during this event, or during the two hours immediately following it, Sandslash will learn the move Night Slash.

Four bonuses will be available during March’s Community Day event:

Next, players will be able to collect Sandshrew-themed stickers during this event by spinning PokeStops, opening Gifts, and by purchasing them in the in-game shop.

Finally, this event will give players two optional ways to spend real money.

First, players will be able to spend $1 on a ticket that will give them access to a Special Research storyline on Community Day called “Gritty and Glacial.”

Players will also have the option to spend 1,280 PokeCoins on a Community Day Box in the in-game store that will contain 30 Ultra Balls, three Super Incubators, five Lucky Eggs, and an Elite Charged TM.

Remember, players aren’t required to spend PokeCoins or real money to participate in the Community Day festivities. These options are there for players who would like to spend money or PokeCoins to receive more in-game content.

Are you looking forward to this Pokemon Go Community Day event? Let us know on Twitter at @superparenthq.