Gibbon Beyond the Trees on Apple Arcade: A SuperParent First Look 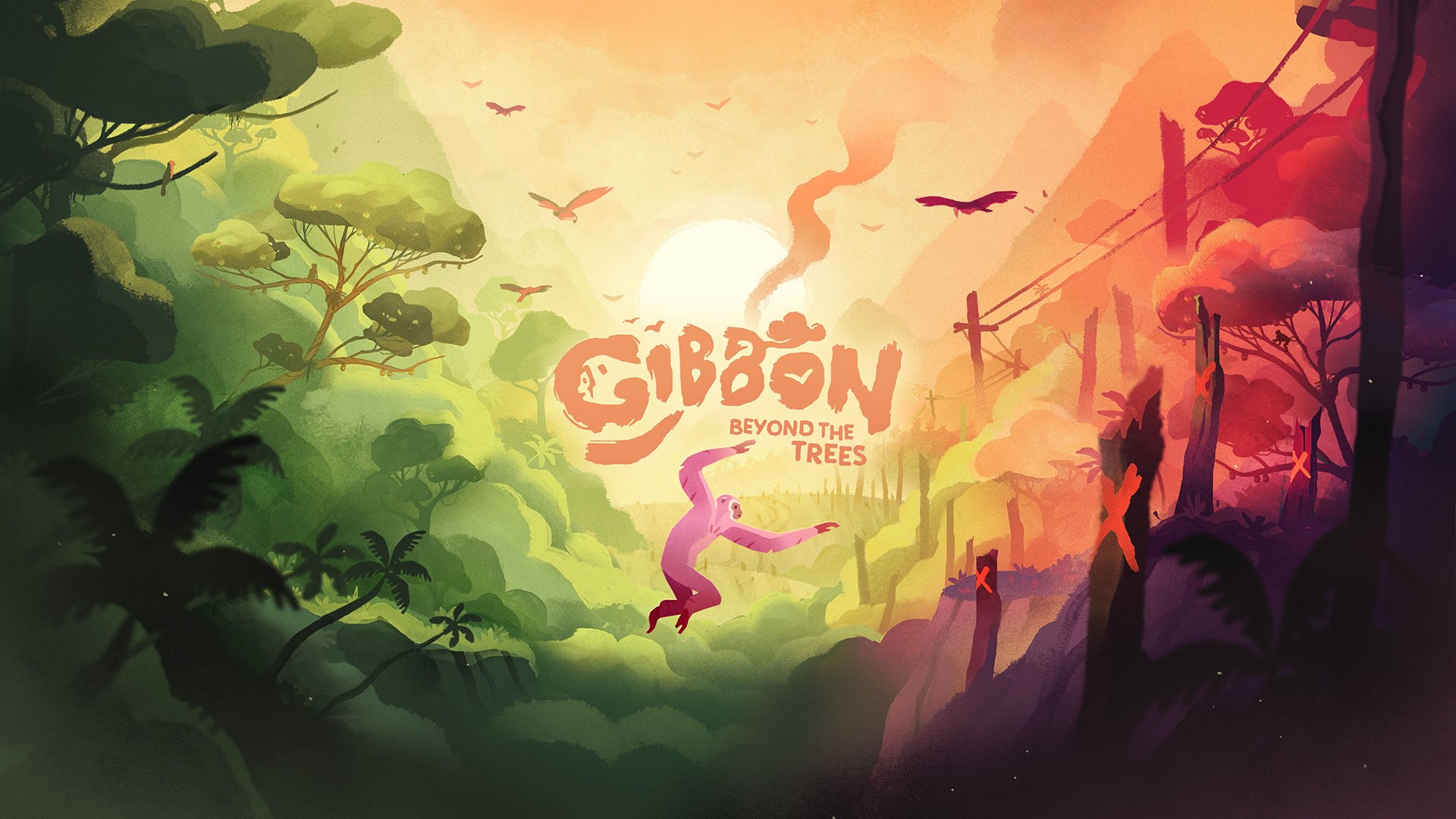 Gibbon: Beyond the Trees is now available on Apple Arcade, Apple’s game subscription service that gives subscribers unlimited access to a curated selection of games for a single monthly price.

Gibbon: Beyond the Trees is a side-scrolling action game that challenges players to help a colorful gibbon swing through the trees. The gibbon will move across the screen automatically, and players can tap and hold on the screen with one finger to cause it to swing from branches, or two and hold with two fingers to cause it to slide down hills and slanted trees. When players lift their finger(s) from the screen, the gibbon will let go of its current branch and swing to the next tree, or it will jump into the air if it was on the ground or running on a tree.

The object of the game is to tap and hold on the screen and lift your finger(s) at the correct time to help the gibbon keep its momentum so it can move forward through the jungle.

While this basic premise may sound lighthearted, Gibbon: Beyond the Trees has a more serious tone, as the game focuses on topics like deforestation and the expansion of human civilization into the jungle. For instance, at the very beginning of the game, players will swing through a lush jungle full of trees. However, as they keep moving forward, they’ll begin to see homes and human settlements appear in the environment, which can give them less branches to swing from.

Gibbon: Beyond the Trees is now available to download on Apple Arcade. The game has an age rating of 4+. It doesn’t contain any advertisements or optional in-game purchases.

Gibbon: Beyond the Trees will be released on Switch and PC later in 2022. You can download a free demo of the PC version of the game on Steam (a PC game marketplace).

Check out some gameplay from Gibbon: Beyond the Trees on iPhone in our video below.