Play This, Not That: Elden Ring 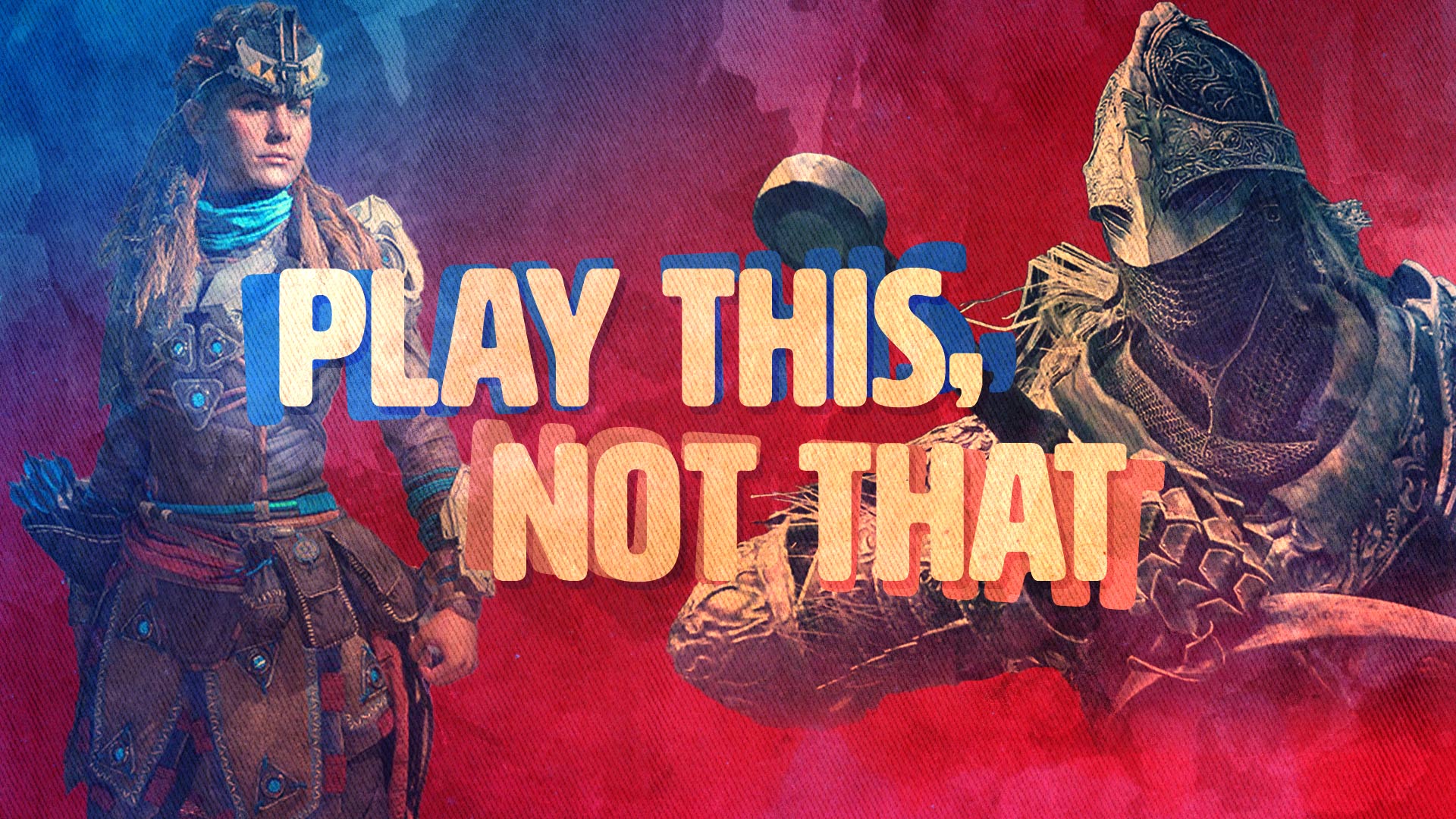 Elden Ring is an action role-playing game (RPG) from FromSoftware and Bandai Namco Entertainment. FromSoftware is the company behind titles like Dark Souls and Sekiro: Shadows Die Twice.

Elden Ring has been rated M for Mature by the ESRB, with Content Descriptors for “Blood and Gore,” “Language,” “Suggestive Themes,” and “Violence.” This “M” rating means the game has been deemed inappropriate for anyone under the age of 17 due to its mature content.

If your kids or teens have expressed an interest in playing Elden Ring, but you’re uncomfortable with that idea, here are some different games to consider that feature similar gameplay mechanics, but have a T for Teen rating or lower.

Horizon: Zero Dawn is an adventure game that follows a young woman named Aloy on a quest in a post-apocalyptic world filled with dangerous robotic enemies. Like Elden Ring, Horizon Zero Dawn allows players to explore a large open world. Horizon: Zero Dawn also features a variety of enemies to defeat, but the experience doesn’t have as much mature content as Elden Ring. Plus, if your family winds up enjoying Horizon Zero Dawn, you can check out the sequel, Horizon Forbidden West, which is also rated T for Teen.

Pokemon Legends: Arceus
Rated E for Everyone
Available On: Switch

Pokemon Legends: Arceus takes players to the distant past, where they can explore the Hisui region of the Pokemon universe. The Hisui region features multiple large, open areas for players to explore, which are inhabited by a variety of Pokemon that players can battle and capture. While Pokemon games are family-friendly, Pokemon Legends: Arceus features a slightly more mature tone than some other Pokemon games. For instance, the game makes multiple references to the possibility of players dying or being in danger while exploring the in-game world. In addition, some of the game’s wild Pokemon are aggressive in nature, and they may try to attack players if they get too close. You can learn more about Pokemon Legends: Arceus in our review.

Batman: Return to Arkham
Rated T for Teen
Available On: PlayStation 4, Xbox One

The two games in this collection -- Batman: Arkham Asylum and Batman: Arkham City -- fall under the “oldies but goodies” category, since they were both originally released during a previous console generation (PlayStation 3 and Xbox 360). However, the Return to Arkham bundle brings them both to more modern consoles for players who want to revisit this dark world starring DC Comics characters, or travel there for the first time. Both games follow Batman on a quest to take down Arkham’s criminals, such as Mr. Freeze, Joker, and Penguin. These games allow Batman to defeat baddies in hand-to-hand combat, rather than using swords or other weapons, which makes the experience more family-friendly. Plus, Batman: Arkham City features a large open world to explore.

In this T-rated crime-fighting game, players will help Spider-Man defeat baddies as they explore a large open world. Similar to Batman: Return to Arkham, Marvel’s Spider-Man allows players to defeat enemies using hand-to-hand combat and other tools (like his web shooters), rather than more violent weapons (like swords), which makes this a more teen-friendly experience than Elden Ring.