Check Out These Toys Inspired by Disney and Pixar's Turning Red 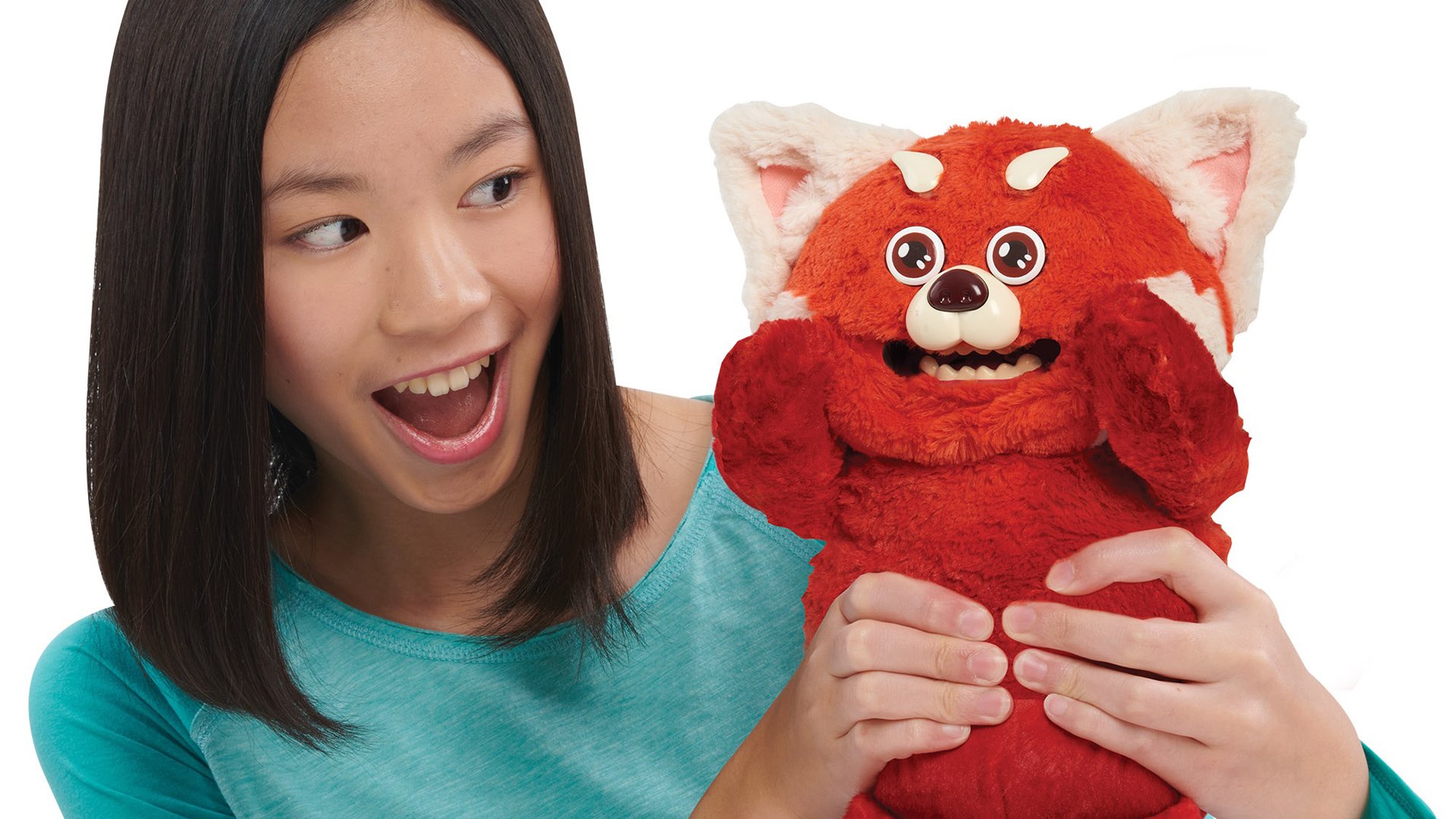 Disney and Pixar’s Turning Red will debut on Disney+ on March 11, 2022. The film follows a young girl named Meilin “Mei” Lee, who turns into a giant red panda whenever she gets too excited.

Ahead of the film’s release, toy company Just Play revealed some new toys that are inspired by the film. These toys will be released in stores in early March 2022.

Here’s a look at the products in Just Play’s Turning Red toy line.

Many Moods of Red Panda Mei Animated Feature Plush - This interactive stuffed animal will play phrases and music from the film when kids press Mei’s paw. Kiddos can also squeeze Mei’s belly to have the plush raise its arms and growl. The plush is 12 inches tall, and it has an age rating of 3+. It will be available for $24.99 at Target, Walmart, and Amazon.

Meilin Lee Doll - This six-inch doll of Mei is wearing a removable red panda hoodie, leggings, and sneakers, and it can pose in different positions. The Meilin Lee Doll has an age rating of 3+, and it will be available exclusively at Walmart for $12.97.

Secret Journal - This notebook has a furry cover inspired by red panda Mei’s face. The journal comes with stickers, and it also has a hidden compartment. It also comes with an invisible ink UV pen, which will allow kids to write notes in invisible ink and then shine the UV light on them to make them appear. This Secret Journal has an age rating of 3+. It will be available for $19.99 at Amazon and Walmart.

Red Panda Mei Concert Plush - This 11-inch stuffed animal has a light-up t-shirt, and it also plays a song from the film. It will be available exclusively at Walmart for $16.97. It has an age rating of 3+.

Small Plush Red Panda Mei - This 8-inch bean plushie will be available at Walmart and Amazon for $7.99. It has an age rating of 3+.

BFF Collectible Figure Set - This set features five figures: Meilin Lee, Red Panda Mei, Abby Park, Miriam Mendelsohn, and Priya Mangal. It will be available for $12.99 at Target and Amazon, and it has an age rating of 3+.

Collectible Figures - Fans will be able to collect 10 different figures inspired by human and red panda Mei. Each figure is 2.25 inches tall. These toys will be sold as blind bags, meaning shoppers won’t know which figure(s) they’ll get until they make a purchase. These blind bags will cost $4.99 each, and they’ll be available at Walmart and Target. The figures have an age rating of 3+.

Deluxe Shrinky Dinks Shrink and Wear Jewelry Set - This crafting kit comes with over 100 pieces, including 63 pre-cut Shrinky Dinks, colored pencils, earring hooks, elastic string, and more. Kids can color the Shrinky Dinks shapes, and then parents can put their creations into an oven or toaster oven to make them shrink into their final size. This crafting kit will be available exclusively on Amazon for $14.99. It has an age rating of 5+.

Meilin Lee Reversible Plush Character Head - This stuffed plush starts as a plush of Mei as a human and can be flipped to reveal red panda Mei. The plush has an age rating of 3+. It will be available exclusively on Amazon for $14.99.

Is your family looking forward to watching Turning Red? Let us know on Twitter at @superparenthq.