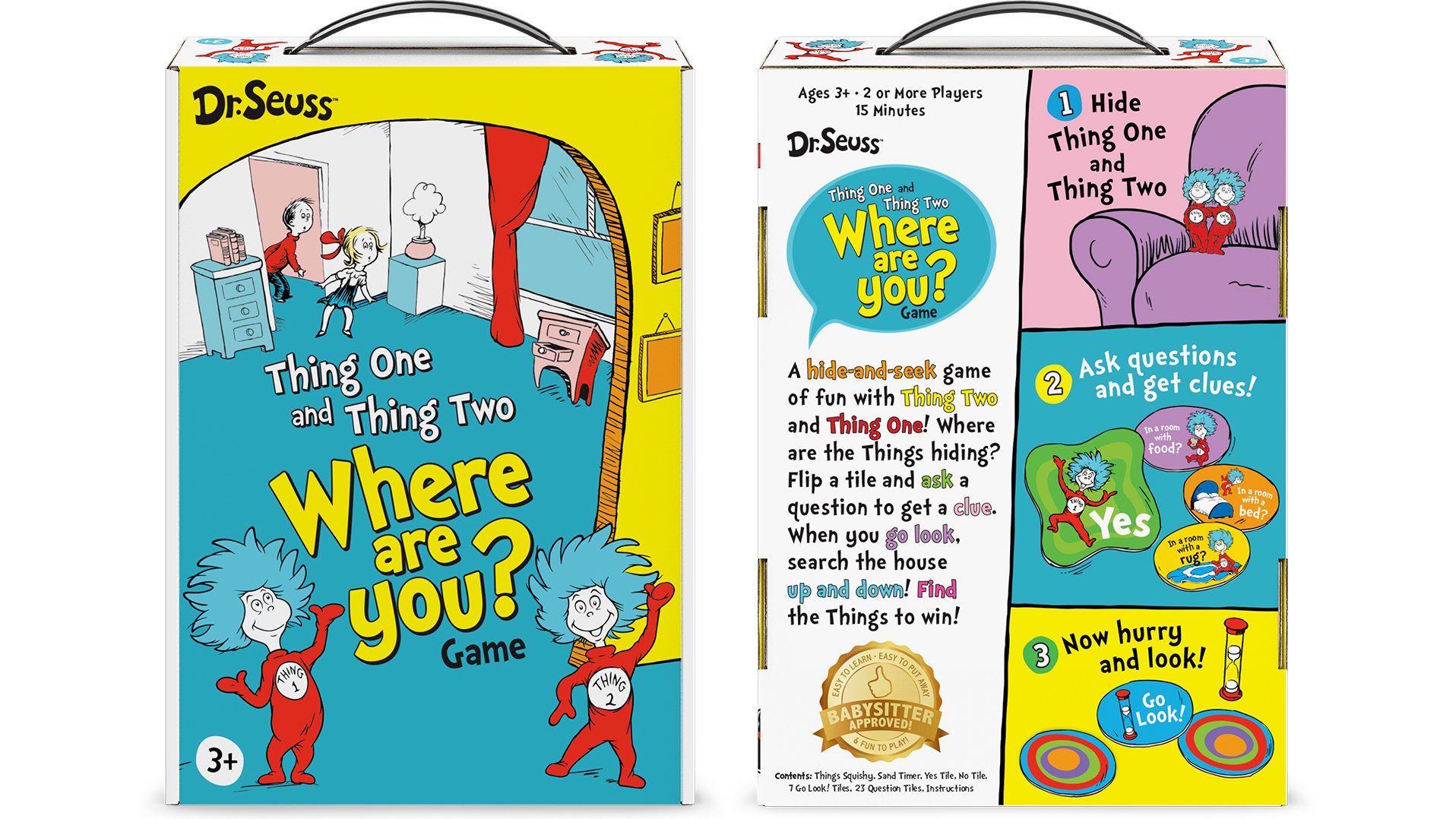 Funko Games, the company behind games like Disney Mad Tea Party and Fast & Furious Highway Heist, revealed four new tabletop games designed for preschoolers and players as young as three. Two of the four games are inspired by Dr. Seuss characters, while the other two are inspired by the children’s series CoComelon.

All four of these children’s games are part of Funko Games’ “Babysitter Approved” line, which means they’re designed to be simple to get out and put away, as well as simple to learn.

Here’s a look at the four new games that will be released later this year.

Dr. Seuss Thing One and Thing Two Where Are You? Game

The Dr. Seuss Thing One and Thing Two Where Are You? Game will be released in spring 2022 for $17.49. Each game will have an expected play time of 15 minutes.

The Dr. Seuss Pattern Party Game will allow 2-4 players aged 3+ to work to be the first to fill four spaces on their goal card, which contains Dr. Seuss-inspired artwork.

The game will allow each player to control one of the game’s spinners, and when someone lands on the “Swap” space on their spinner, all of the players will exchange spinners.

Funko Games will release multiple "Pattern Party" games in 2022, which each have a different theme but the same basic gameplay. These Pattern Party games are designed to help kids practice their color, shape, and pattern recognition.

The CoComelon Pattern Party Game will be released in summer 2022 for $15.99. The game has an expected play time of 20 minutes.

The CoComelon Picture Pairing Game has a play time of 10 minutes. It will be released in summer 2022 for $9.99.

Funko Games has had a big week for game reveals. Over the past few days, the company has revealed two new party games inspired by popular television shows, as well as lots of new games inspired by Disney characters and theme park attractions. You can learn more about all of Funko Games’ upcoming titles in our previous coverage.

Is your family excited to try any of these new tabletop games? Let us know on Twitter at @superparenthq.