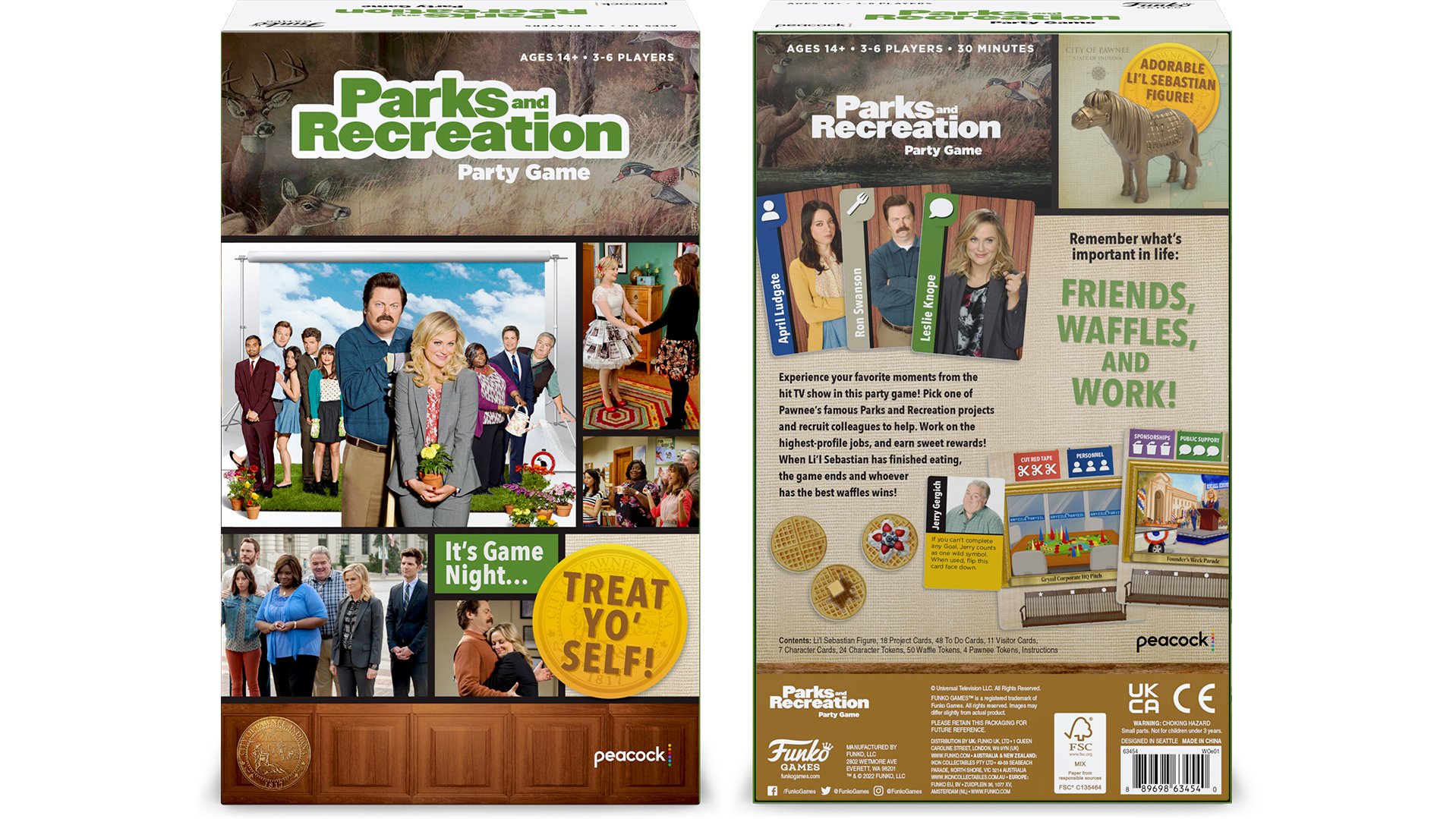 Each game of the Parks and Recreation Party Game will end when Li’l Sebastian is finished eating. At that point, the player who has the best waffles will win the game.

The Parks and Recreation Party Game will be released in spring 2022 for $19.99. Each game has an expected play time of 30 minutes.

Next, the Ted Lasso Party Game will allow 2-6 players aged 10+ to become members of the AFC Richmond coaching staff and work together to complete tasks. The inside of the game’s box will be designed to look like the AFC Richmond stadium, and the game will also include a soccer ball-shaped die.

Finally, players will have the option to download a free mobile app for the game that includes a timer feature and sound effects from the show.

Each game of the Ted Lasso Party Game is expected to last for 20 minutes.

Is your family excited to try either of these party games? Let us know on Twitter at @superparenthq.