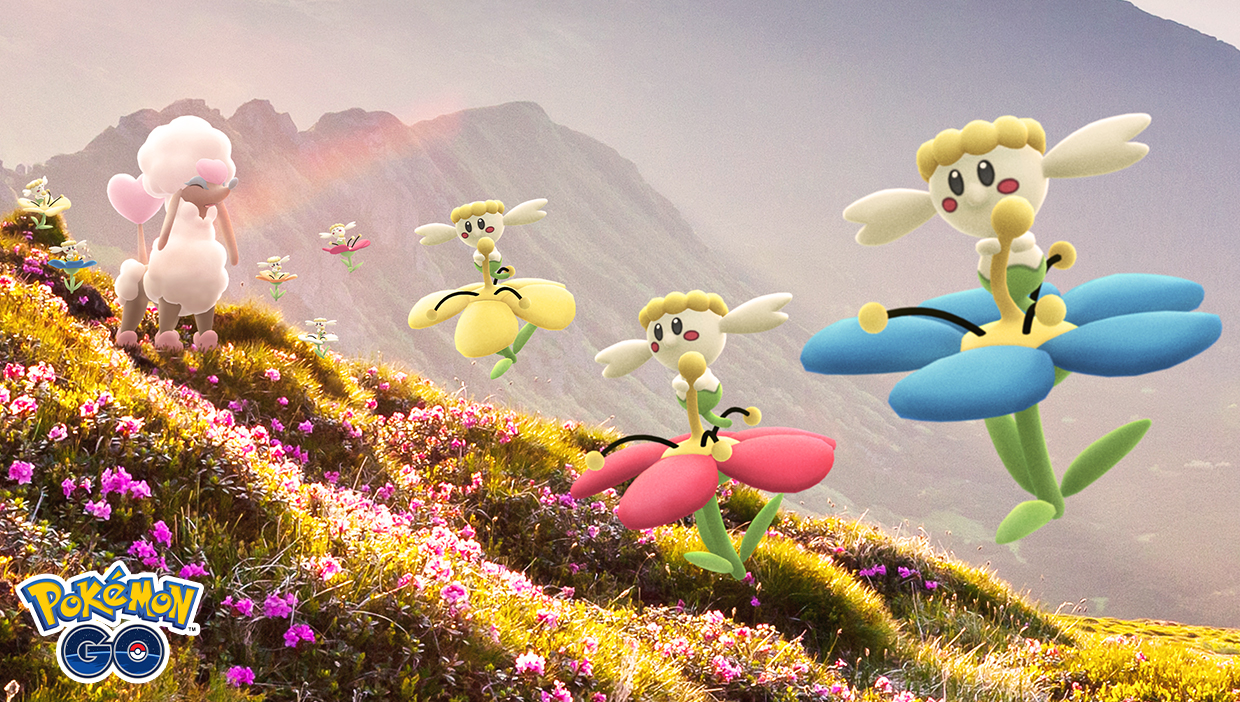 Once this event begins, Flabebe, Floette, and Florges will be become available to collect in Pokemon Go. All three Pokemon will be available to collect in five different colors: red, orange, yellow, blue, and white. Two colors – White Flower Flabebe and Orange Flower Flabebe – will have the chance to appear in all areas around the world, while the other three colors will only appear in certain geographical areas:

Elsewhere, players will be able to complete event-themed Field Research tasks to earn encounters with Pikachu, Eevee, Luvdisc, and Ralts. Male Frillish, female Frillish, Alomomola, and Heart Pattern Spinda will also be available to encounter after completing Field Research tasks during this event, though the Pokemon Go website indicated they’ll be rarer than the other featured pocket monsters.

Three event bonuses will be available during the Valentine’s Day event:

In addition, players will be able to work together to complete a Global Valentine’s Challenge. This challenge will run from February 9 at 12 p.m. PT until February 15 at 12 p.m. PT. If players send a total of 70 million Gifts during this time, they’ll unlock a “3x Transfer Candy” bonus that will remain active throughout the rest of the Valentine’s Day event. This means that the faster the community completes this challenge, the more time this bonus will be in effect.

Next, throughout the Valentine’s Day event, players will be able to change Furfrou into Heart Trim Furfrou using 25 Furfrou Candy and 10,000 Stardust. You can learn more about Furfrou’s Trims in our guide.

Players will also be able to complete two Valentine’s Day-themed Collection Challenges during this event in order to earn encounters with male and female Frillish.

Finally, once this event begins, a variety of Flabebe-themed avatar items will be added to the game’s shop. These items will still be available even after the Valentine’s Day event ends. Here are the four items that will be available.

Are you looking forward to the 2022 Valentine’s Day event in Pokemon Go? Let us know on Twitter at @superparenthq.