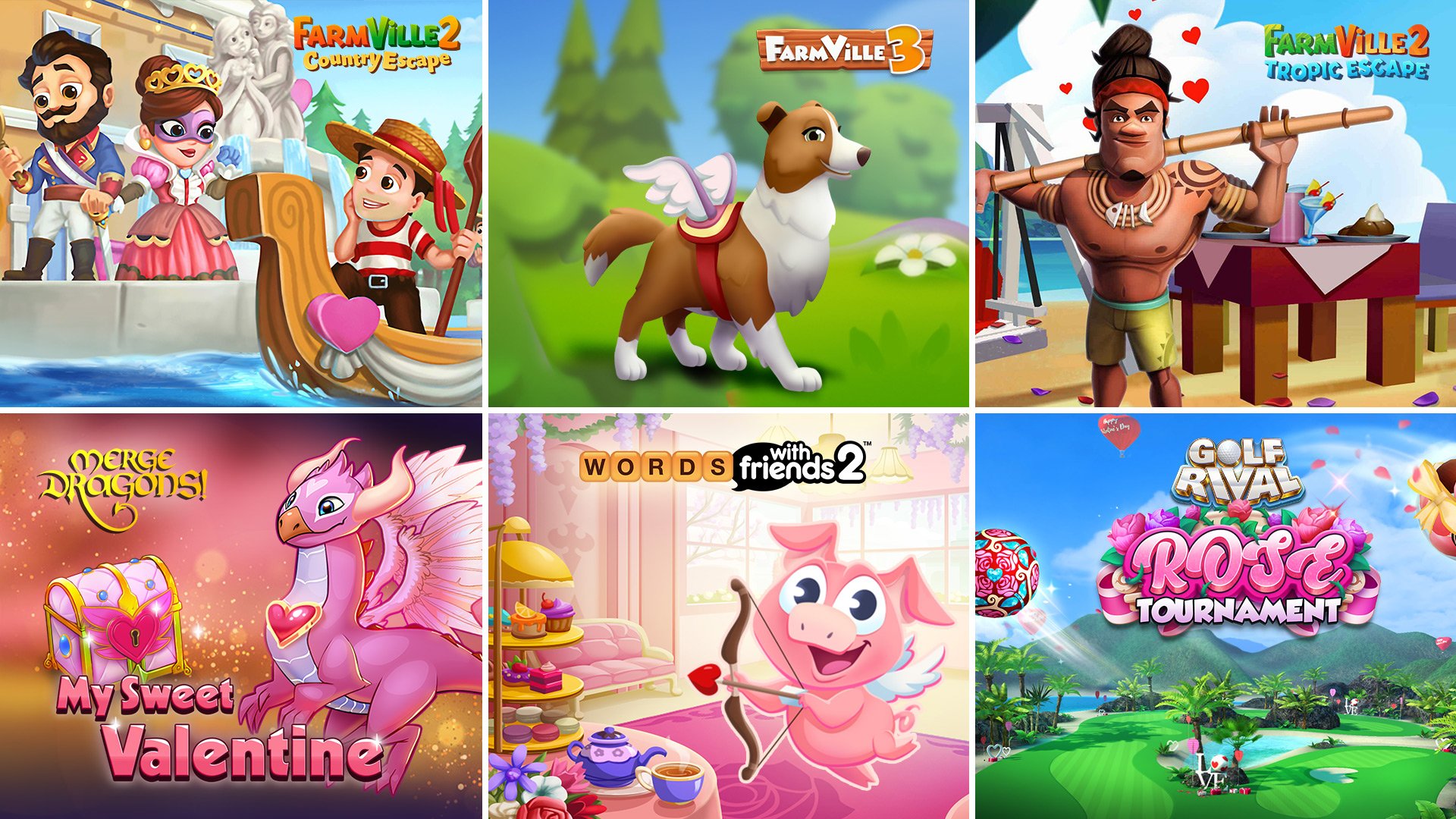 Zynga, the company behind games like Wonka’s World of Candy, is getting ready to celebrate Valentine’s Day with limited-time updates in some of its mobile games.

Here’s a look at the content updates that will be released throughout February 2022.

FarmVille 3’s Valentine’s Day event is called “Be My Buddy Valentine,” and it will run from February 8 to February 14. During this event, players will be able to complete a quest to unlock a new skin (costume) for their farmhand Buddy the dog, which will turn him into “Buddy Valentine.”

From February 9 to February 20, FarmVille 2: Country Escape players will be able to participate in a “Carnival of Love” event that will focus on the Queen of Hearts, who must choose between two suitors: Gondolier Gustavo or Prince Pasquale. Players can compete against other players during this event for a chance to win prizes such as keys and padlocks. If players finish the event at the top of the in-game leaderboard, they’ll receive a cat named Lia Luna for their farm.

From February 11 to February 15, FarmVille 2: Tropic Escape players will be able to purchase Valentine’s Day-themed decorations for their game.

First, players can enter the Rose Tournament, which is a single-player event that will allow players to complete an 18-hole course in order to earn in-game rewards.

The second event is the Bow and Arrow Challenge. This event is a 12-round player-vs-player challenge that will give players the chance to win rewards such as new clubs, special balls, a diamond chest, and coins.

Finally, players can collect three new balls (Rose Kiss, Choco Heart, and the Cupid), and the game’s graphics have been updated to add roses, chocolates, and more to the game’s courses.

Merge Dragons will host a “My Sweet Valentine” event from February 11 to February 14. This event will allow players to encounter the Passion Dragon, as well as collect new items for their game board.

Beginning February 14, Words with Friends 2 players can participate in a Rosy Romancers single-player challenge that will allow them to compete against “classic romance characters” like Mr. Darcy and Cyrano de Bergerac in order to collect the Cupid’s Bow Badge.

Players can also participate in the Romantic Challenge in order to unlock a Gift Box Badge for their profile.

Are you looking forward to these Valentine’s Day events in Zynga’s games? Let us know on Twitter at @superparenthq.