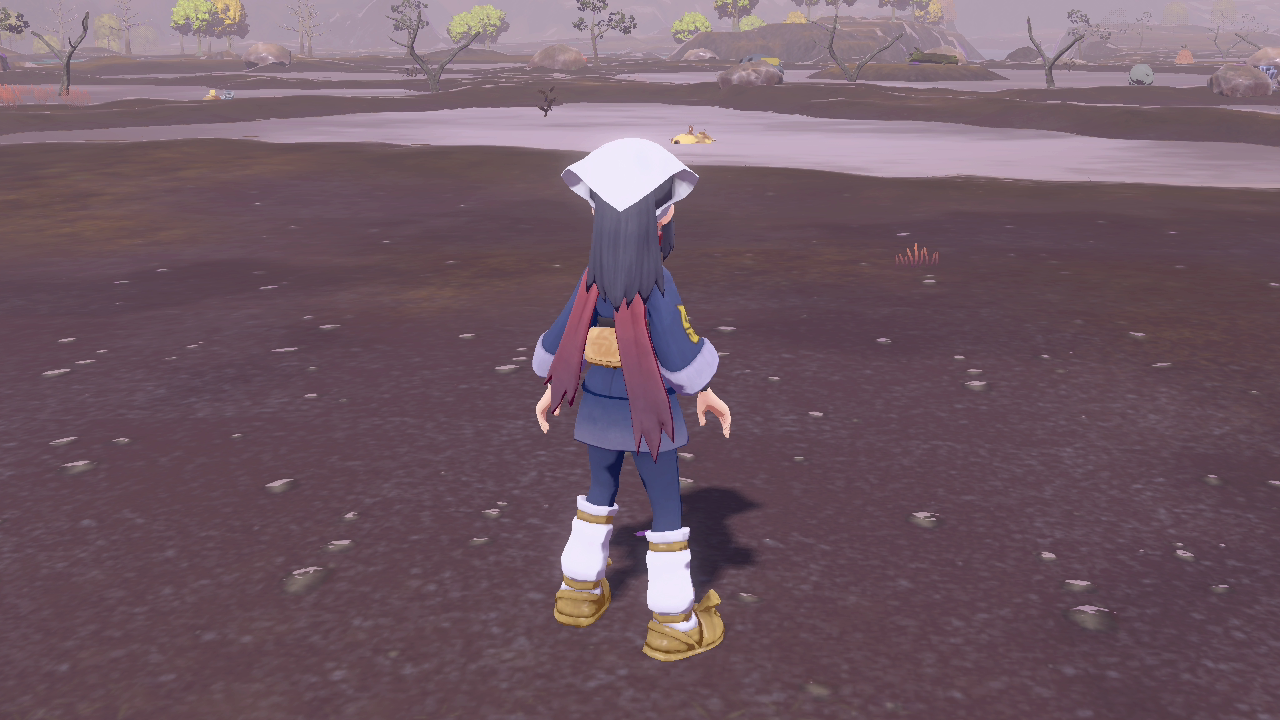 Pokemon Legends: Arceus is out now on Switch!

As players make their way through this action role-playing game (RPG), they’ll be able to complete main story missions, as well as dozens of numbered side quests called “Requests.” Requests aren’t connected to the game’s main storyline, but players will receive a variety of rewards for completing them.

Request 40 is called “The Charm Lost in the Swamp,” and it asks players to find a charm that a man named Yojiro lost in the Crimson Mirelands area.

Check out our video below to see how to complete this Request, or keep reading for more details!

The charm can be found in the swampy water near Alpha Hippowdon in the Sludge Mound area of the Crimson Mirelands. To reach this area quickly, head south from the Bogbound Camp and turn right once you reach the bottom of the hill.

Shortly after you enter the Sludge Mound area, you should see Alpha Hippowdon in the swampy area ahead of you.

As you approach the Alpha Hippowdon, look for a sparkling object in the nearby water.

When you approach the sparkling object, a cutscene will play and you’ll need to battle against a Hippowdon (not the Alpha Hippowdon).

After the battle, Yojiro will approach and notice the charm in the water.

After he collects the charm, you’ll complete this Request and receive five Iron Chunks and one Grit Gravel as a reward!

With so many Requests to complete, it will take you a while to see and do everything in Pokemon Legends: Arceus. That being the case, you may want to check out the ChargePlay Clutch from HyperX. It can extend your device’s battery life so you can play Pokemon Legends: Arceus and other Switch games for a longer period of time before having to charge your Switch. Head over to HyperX’s website to learn more about the ChargePlay Clutch and the company’s other Switch accessories.

Pokemon Go May 17, 2022 Spotlight Hour: Everything You Need to Know