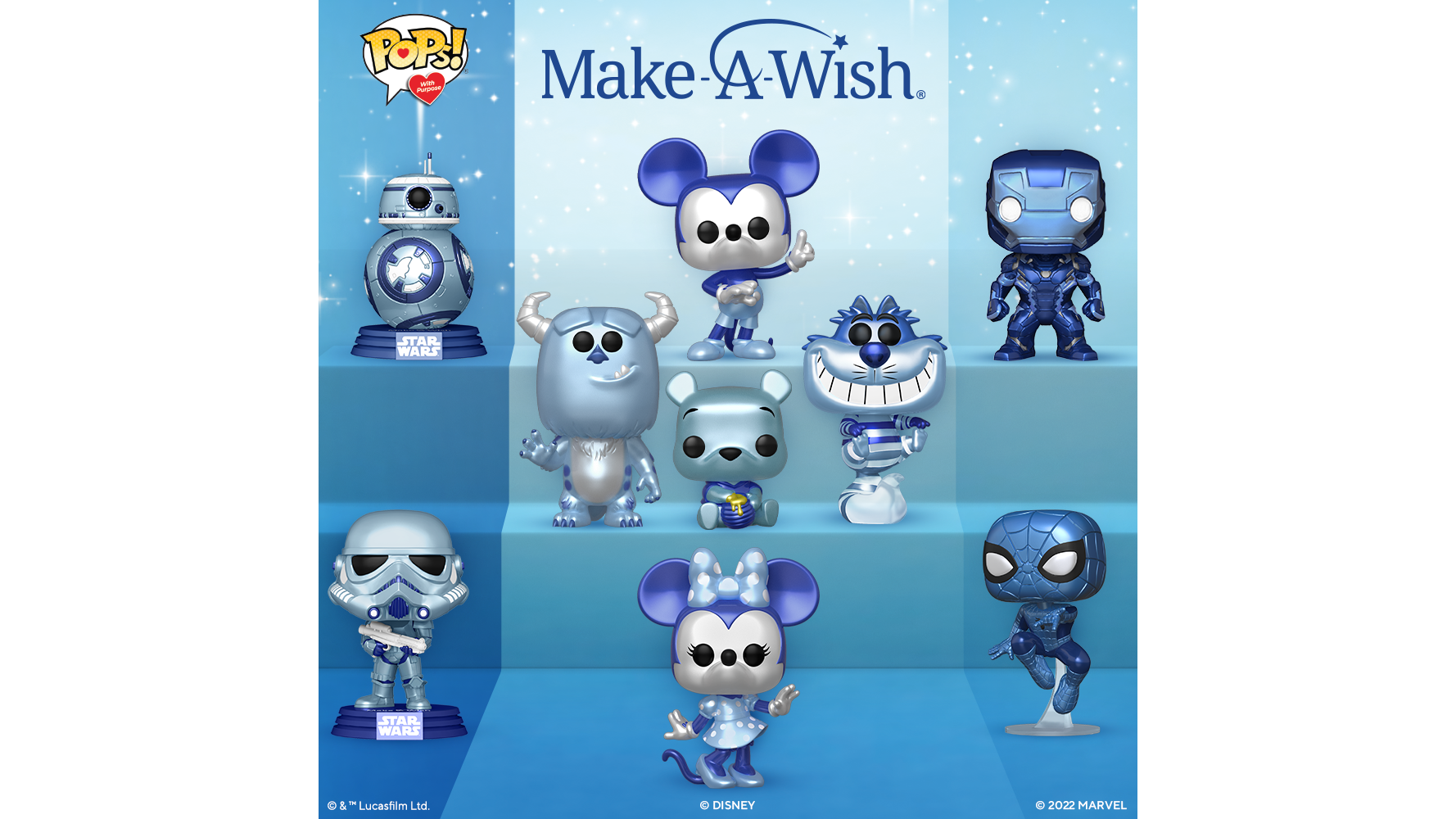 Pop culture collectible company Funko announced it has partnered with Make-A-Wish to release a new line of “Pops With Purpose” vinyl figures.

There are nine figures in this new line, which feature Disney, Marvel, and Star Wars characters. Some of these figures will be retailer exclusives, meaning they’ll only be sold at a single store.

Here’s the full lineup of Make-A-Wish Pops and retailer exclusives:

In addition to revealing these Pops, Funko announced it will donate $150,000 to Make-A-Wish.

Finally, Funko announced it has partnered with GameStop to launch “in-store activations for Make-A-Wish recipients at select GameStop stores nationwide during the month of April.”

Are you going to pick up any of these Make-A-Wish Pops? Let us know on Twitter at @superparenthq.