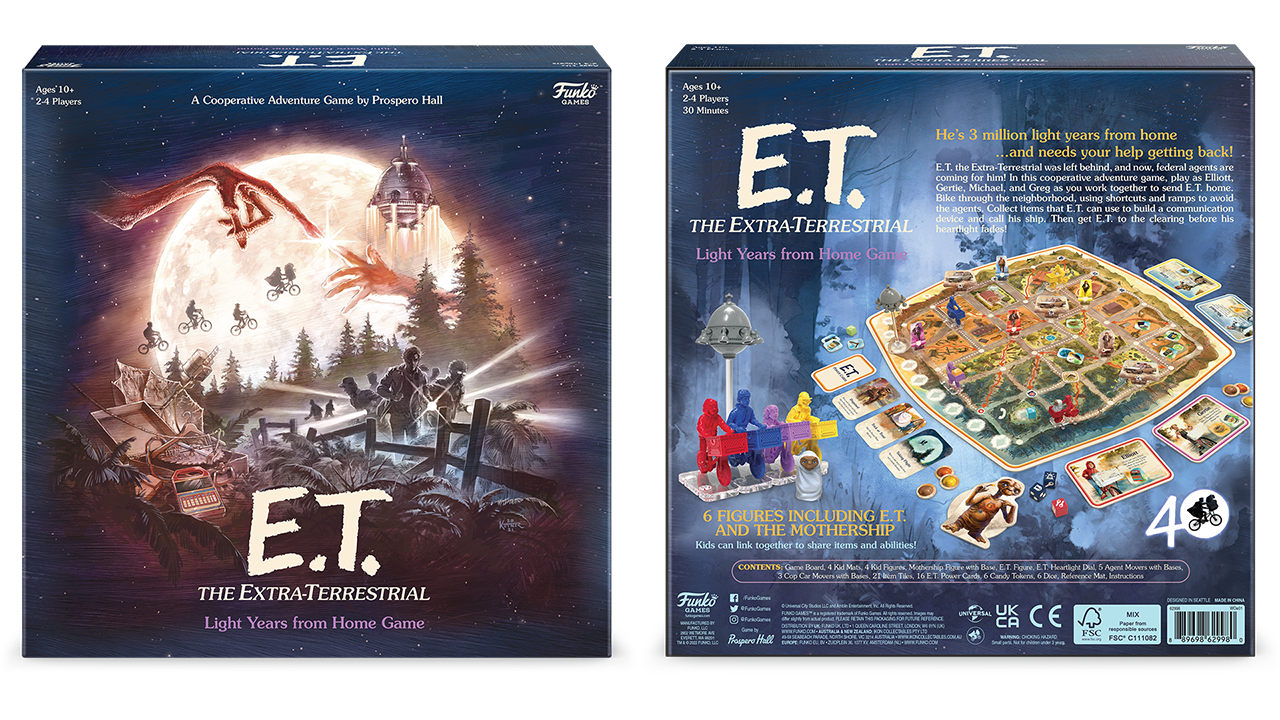 London Toy Fair will take place from January 25-27, 2022. Ahead of the festivities, Funko Games revealed new games that will be featured at the event.

The game will allow players to become Elliot, Gertie, Mike, or Greg, and work together to collect the parts E.T. needs to build a communication device to contact his home planet. Along the way, they’ll need to avoid federal agents who want to capture E.T.

Players will win the game if they can collect all of the necessary parts to the communication device and bring E.T. to the clearing where the mothership will pick him up.

E.T. The Extra-Terrestrial: Light Years From Home will be released in summer 2022 for $29.99. The game has an expected run time of 30 minutes.

Ultimate Armory is inspired by Marvel’s “Army Wars” storyline. It will feature more than 30 new characters to collect, as well as a new gameplay mechanic called the Armor Token, which can make Heroes more powerful.

Marvel Battleworld: Series 3 Ultimate Armory will be released in March 2022.

Are you looking forward to playing these new titles from Funko Games? Let us know on Twitter at @superparenthq.