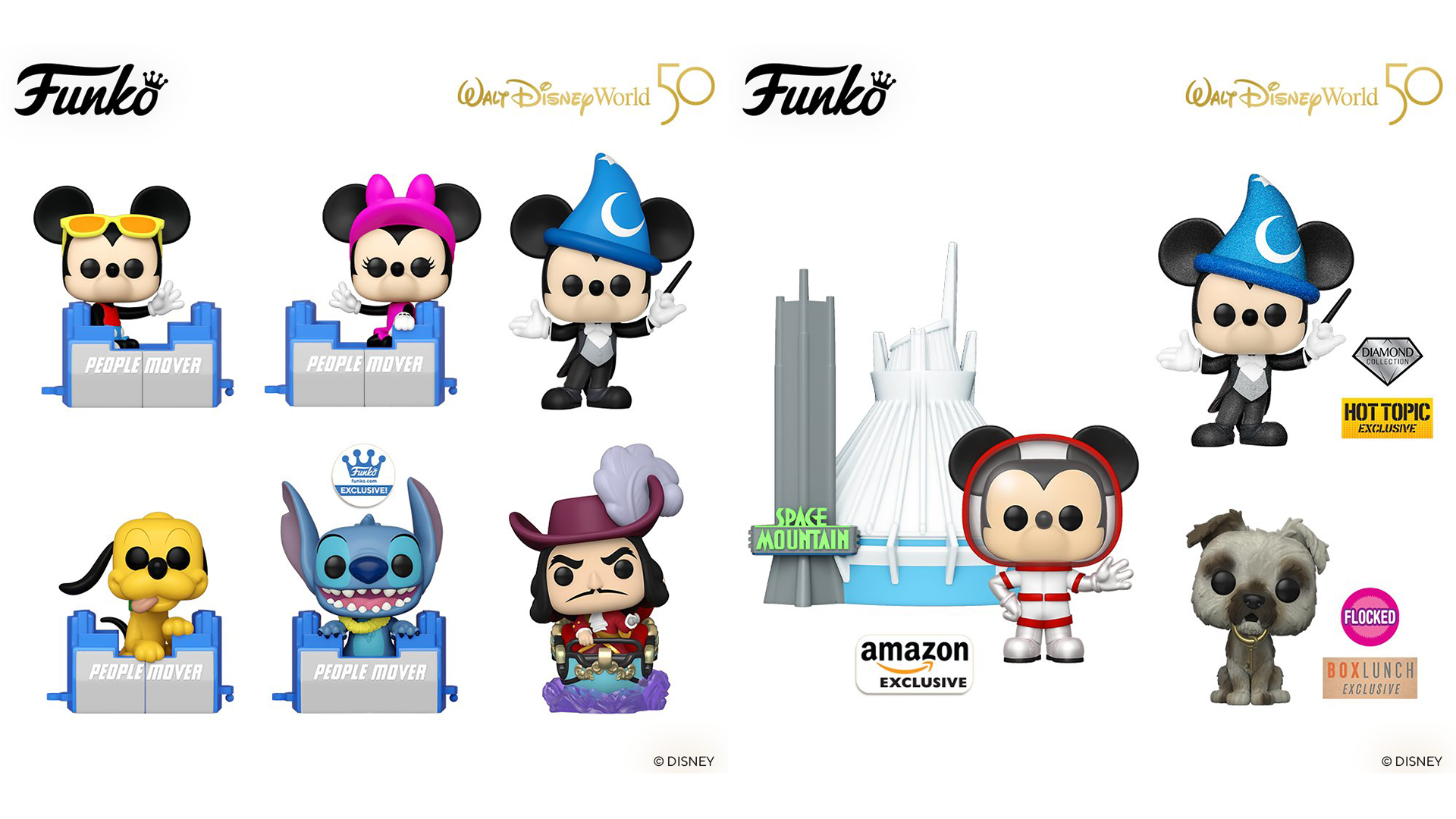 Walt Disney World will celebrate its 50 anniversary throughout 2022, and Funko is joining the festivities by announcing a series of Pop figures and stuffed plushies inspired by popular Disney characters and Walt Disney World attractions.

There are also five stuffed plushies inspired by buildings and attractions at Walt Disney World, such as Space Mountain, The Twilight Zone Tower of Terror, and Spaceship Earth.

Finally, there are new Pop keychains featuring Mickey Mouse in a Space Mountain vehicle and Peter Pan in a vehicle from Peter Pan’s Flight.

Funko said fans can pre-order these items now, though it didn’t say when they'll officially go on sale.

Remember, many Funko products will be sold for different prices by various retailers, and different stores may also release the same items on different dates. Make sure to shop around to find the best deals on the items you want!