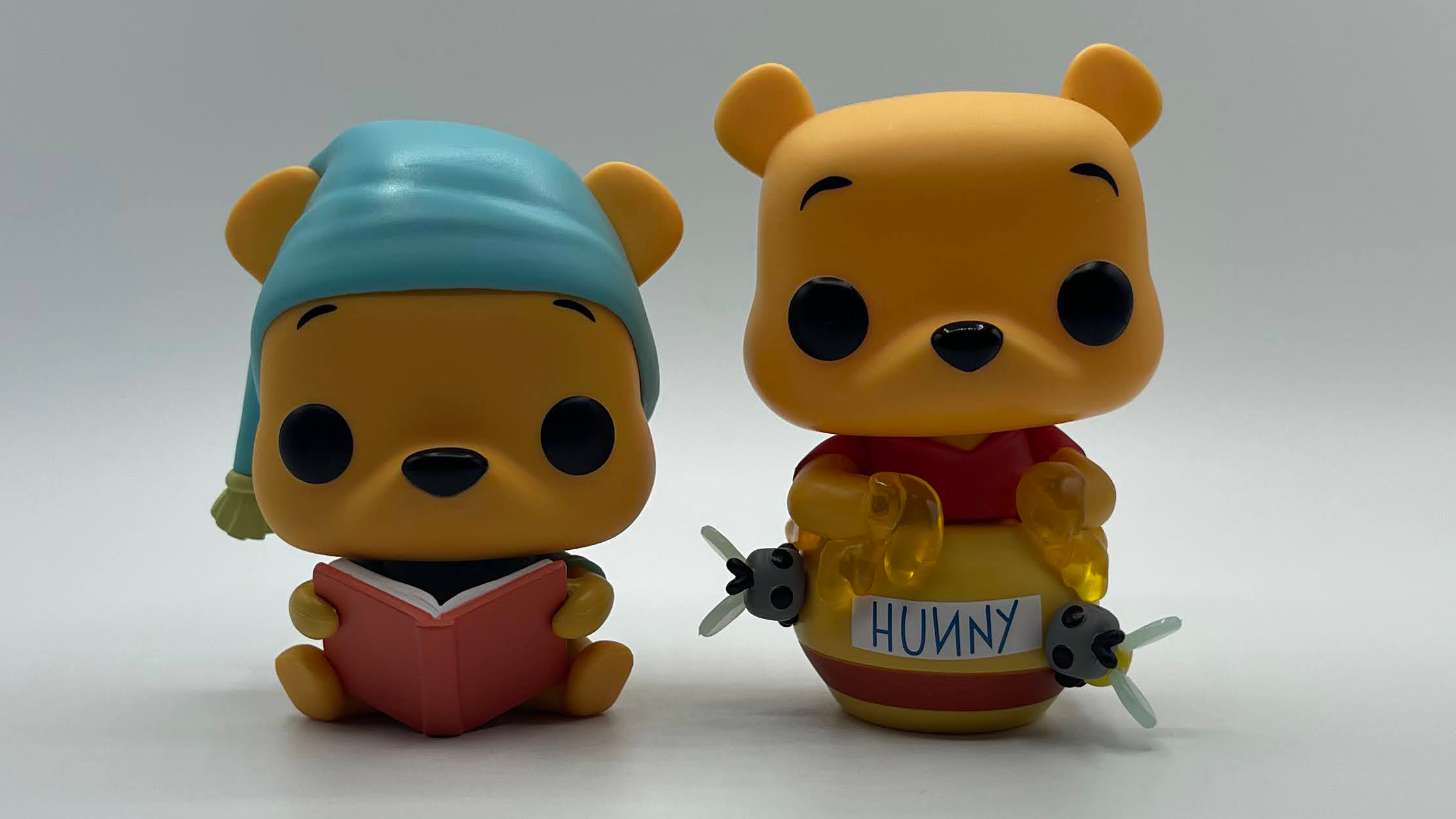 The Bedtime Pooh Bear figure features Pooh in a seated position. He’s wearing blue pajamas and a blue nightcap, and he’s holding a red storybook. This figure is shorter than some other Pop figures, since Pooh is sitting, rather than standing. It measures around 3.5 inches tall, when measured from the bottom of the figure to the top of Pooh’s cap. Unlike the heads on many other Pop figures, the head on the Bedtime Pooh figure does not turn.

Meanwhile, the Honey Pot Pooh Bear figure features Pooh standing in a pot of “Hunny,” with two adorable bees on the outside of the pot. Pooh’s head can be rotated in a 360 degree circle, so you can make the figure look in a different direction if you display the figure outside of the box. This figure measures roughly 3.75 inches tall when measured from the bottom of the honey pot to the tops of Pooh’s ears.