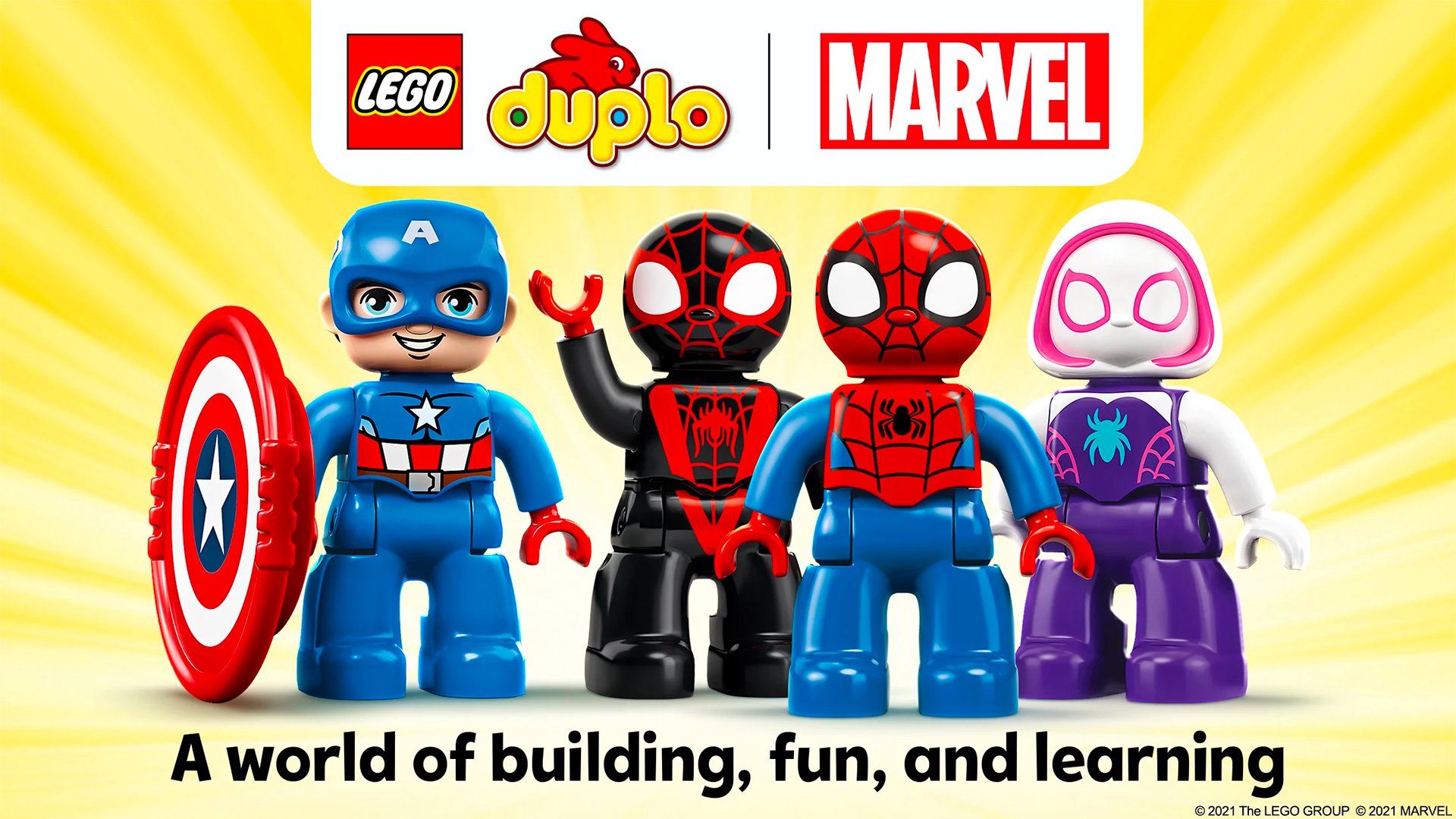 Lego Duplo Marvel is a mobile app for kids aged 2-5 that allows children to complete activities alongside Marvel super heroes. The game’s items, animals, and people are made of Lego Duplo bricks.

Lego Duplo Marvel will feature multiple content packs, each inspired by one or more Marvel characters. However, at launch, only one content pack is available for free, which allows littles to complete a few activities alongside Captain America.

As a couple of examples, players can help Captain America wash and charge electric vehicles, as well as organize colorful trash into garbage cans with matching colors. There’s also a mini-game that asks players to tap the correct arrow buttons to guide Captain America through a maze.

In addition to this content inspired by Captain America, content featuring Spidey and His Amazing Friends can be unlocked for $4.99, while content inspired by Hulk, Iron Man, and other characters will be released in 2022. Parents have the option to purchase a one-year unlimited subscription to the Lego Marvel Duplo app for $19.99, which will give their family access to all in-game content – including content that has yet to be released – for a full year.

Lego Duplo Marvel is available to download for free on iOS and Android. The game is rated 4+ on iOS and E for Everyone on Android.

Check out some gameplay from Lego Duplo Marvel on iOS in our video below.