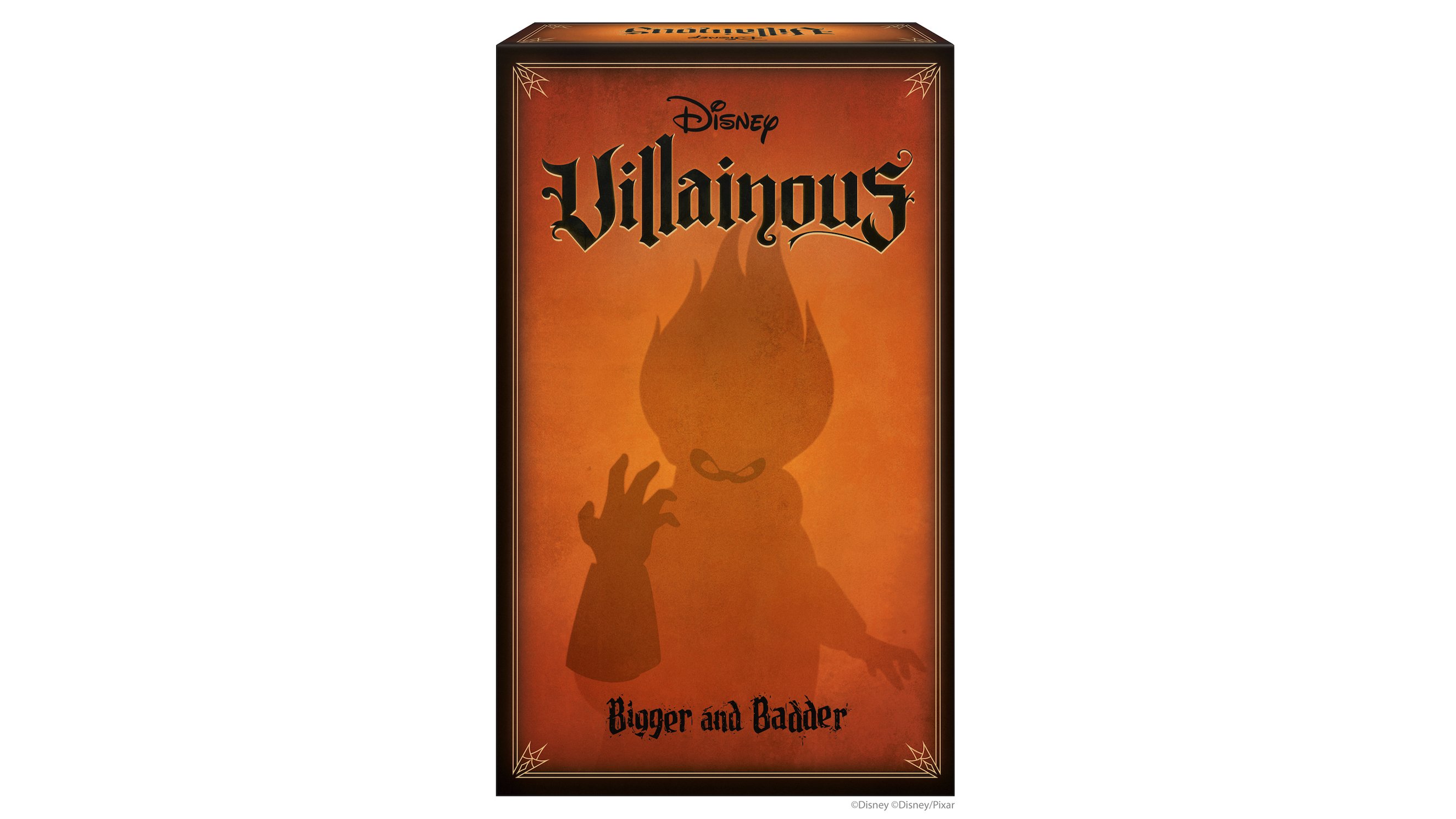 Disney Villainous: Bigger and Badder is designed for 2-3 players aged 10+. It will allow players to take on the roles of three different Disney and Pixar villains: Syndrome from The Incredibles, Lotso from Toy Story 3, and Madam Mim from The Sword in the Stone.

Each villain will have their own goals to achieve throughout the game. A press release provided more details about these goals:

“To win as Syndrome, players will need to upgrade the Omnidroid, then defeat it and all Heroes in his Realm. Lotso seeks to control Sunnyside Daycare by reducing four Heroes’ Strength (utilizing a game mechanic new to Disney Villainous) and moving those Heroes to the toddlers’ Caterpillar Room. Finally, those playing as Madam Mim will need to win a wizard’s duel against Merlin, using Mim’s Transformations to defeat Merlin’s.”

Disney Villainous: Bigger and Badder can be played on its own as a standalone game, and players will also be able to mix and match the game’s villains with those from previous Disney Villainous releases to create a custom game.

Disney Villainous: Bigger and Badder will be released in March 2022.

Is your family excited to play Disney Villainous: Bigger and Badder? Let us know on Twitter at @superparenthq.