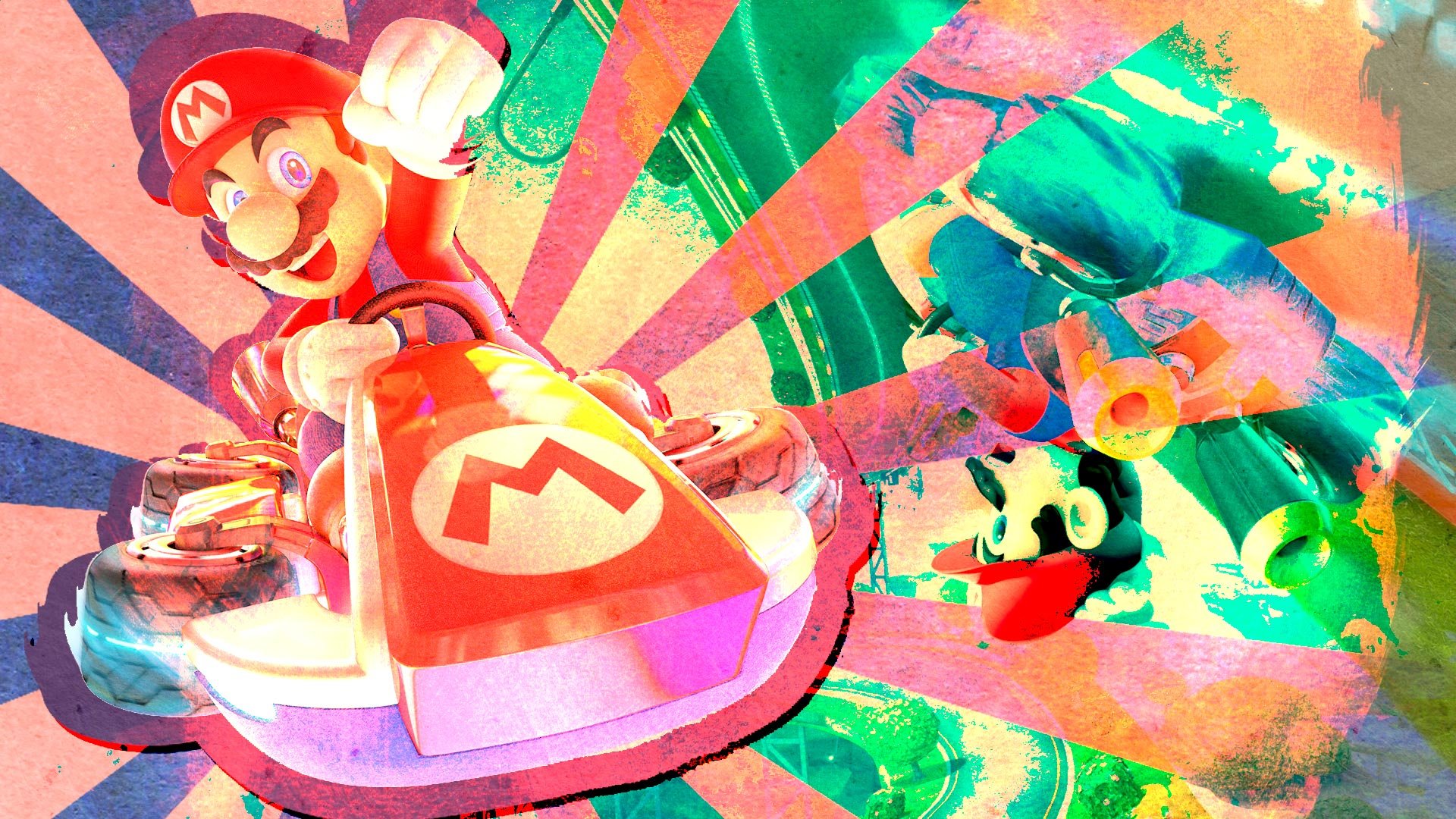 It’s been over 25 years since Nintendo first decided to put a plumber behind the wheel of a race car, and it’s safe to say its weird job-switching experiment has been a success. Mario Kart games have become synonymous with Nintendo consoles; if it runs Nintendo software, it has a version of Mario Kart.

That didn’t work out so well for Mario Kart 8, initially. First released in 2014 for the underperforming Wii U, Mario Kart 8 was a great game that didn’t reach its deserved audience. Nintendo’s powers that be decided to try again with the Nintendo Switch by adding some content and rebranding it Mario Kart 8 Deluxe. The result? One of the system’s best sellers, and one of 2017’s top-rated games.

MK8D also happens to be a textbook definition of “family-friendly” gaming, easy for young kids to pick up and play, but with enough depth to keep adults from growing bored. Here’s why Switch parents shouldn’t pass up Mario’s most recent speedster.

Mario Kart 8 Deluxe is a kart racing game starring characters from the Mario universe. Players customize whimsical vehicles and race them around fantastical tracks while collecting items to help themselves or hinder others. A mushroom grants a speed boost; a banana peel will cause a wipeout. It’s replete with options: 48 tracks, 32 characters, five difficulty settings and several play modes ensure there’s a little something here for every type of gamer.

What’s the difference between the Switch version and the Wii U version?

Plenty! Mario Kart 8 Deluxe includes all the content from the Wii U game, plus every piece of DLC (downloadable content). Players can now hold two items at once, adding a new strategic wrinkle. It also returns the popular Battle mode to its arena-based roots.

Parents will be pleased by changes made to the game’s accessibility. Mario Kart 8 Deluxe introduces “smart-steering” and auto-acceleration options, a boon for younger children (and newbie parents) still learning the ins and outs of managing a gamepad.

A myriad of smaller changes have streamlined the experience. The Switch version is, by all accounts, the best version of Mario Kart.

Back up for a second. What’s this “Battle mode” about?

Don’t freak out! It’s not as intense as it sounds.

Battle mode has been a popular Mario Kart multiplayer mode for decades. Instead of racing laps, players race around arenas, hurling playful weapons like turtle shells at each other. In the standard version, dubbed “Balloon Battle,” players have five balloons. Once they’ve lost all five (by taking damage), the player is out. Mario Kart 8 Deluxe includes a few other Battle mode variants.

The action is extremely tame and cartoonish. Characters only become dizzy when hit, and there is no hint of blood or gore. It’s-a Mario, after all.

Is it good for families?

Rated E for Everyone, Mario Kart 8 Deluxe is a wonderful party game. It supports up to four players on a single Switch and one TV, though you’ll need some extra controllers. The game is also playable online, and thanks to the Switch’s somewhat archaic online design, players cannot chat (or harass, or insult) during play. It’s about as safe as online console gaming gets.

But gamer families will find little reason to hop online. Mario Kart 8 Deluxe’s simple controls are inviting for kids as young as 4, who will have fun just careening around the tracks and marveling at the game’s bright, cheery graphics and animations. Older players will hone their skills using advanced techniques like powerslides and shortcuts. This is a rare all-ages game that actually appeals to every age in the house.

The only ding in Mario Kart’s sturdy chassis is the occasionally frustrating finish. Players will sometimes get robbed of a win by seemingly unfair last-second shots, and the game’s “rubberband AI” (programming that prevents players from getting too far ahead of computer-controlled karts) can prove discouraging, especially for competitive children.

But these issues have been part and parcel of Mario Kart forever and have done little to hold it back from greatness. This is a big, beautiful video game sure to deliver many, many hours of social family fun.