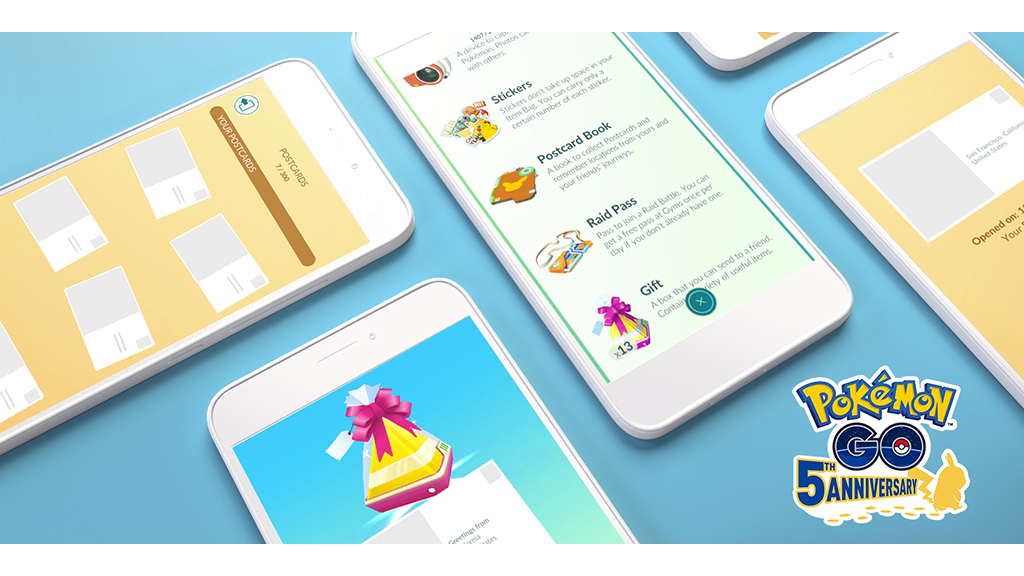 Trainers, a fun new feature is about to be added to Pokemon Go.

On December 16, 2021, the Postcard Book will be added to Pokemon Go, allowing players to save the postcards they receive in Gifts from friends. Players will also be able to pin the postcards they’ve collected before sending those postcards as Gifts to their own friends.

Once this feature launches, players will see a push pin icon to the right of the “Open” button before they open a gift that they’ve received from a friend. They can tap this push pin button to pin the postcard to their Postcard Book.

Players will also be able to browse the Gifts they’ve collected before sending them to friends. If players see a postcard they’d like to pin, they can tap the Gift and then tap the “Save” button to save that postcard to their Postcard Book.

Players will be able to browse the postcards they’ve pinned by opening their Postcard Book from their profile or in-game bag.

According to screenshots on the Pokemon Go website, players will be able to store a maximum of 300 postcards in their Postcard Book. Players will have the option to remove postcards they no longer want to keep.

When players tap a postcard in their Postcard Book, they’ll be able to see the date they received it and the person who sent it.

Finally, players will have the option to prevent their in-game username from appearing in their friends’ Postcard Books by changing a setting in the game’s Settings menu.

You can learn more about the Postcard Book feature on the Pokemon Go website.