Pokemon Labyrinth Challenges Players to Find Pokemon in a Maze 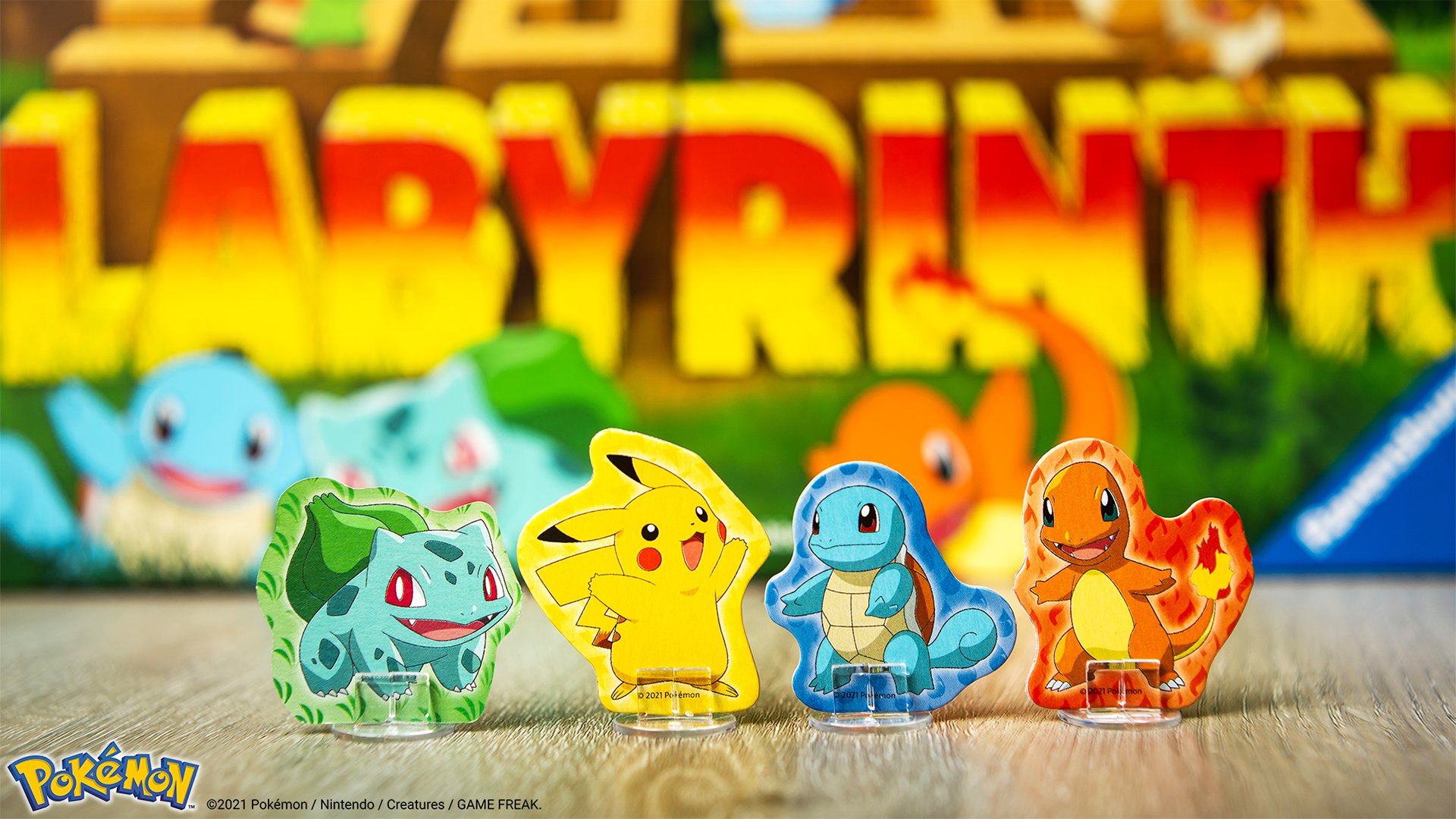 Ravensburger has released Pokemon Labyrinth in the U.S. Inspired by the original Labyrinth tabletop game, Pokemon Labyrinth challenges 2-4 players to find a series of pocket monsters that are scattered throughout a maze. The game has an age recommendation of 7+.

Pokemon Labyrinth features four Pokemon movers (Pikachu, Bulbasaur, Squirtle, and Charmander), as well as 34 Maze Tiles and 24 Pokemon Tiles. The game’s Pokemon Tiles feature popular pocket monsters like Eevee and Gengar, as well as many “starter” Pokemon from the Pokemon video games, such as Rowlet, Piplup, and Litten. (“Starter” Pokemon are the pocket monsters players can choose from when they first begin a Pokemon role-playing game like Pokemon Sword or Pokemon Brilliant Diamond).

Each player will be asked to find a selection of the game’s Pokemon in the maze by moving their playing piece to the tile featuring each required creature. On each turn, players will be able to insert a Maze Tile into one of the columns or rows on the maze board in order to shift the entire row or column the length of one tile. Players will need to shift the tiles in such a way as to create a walking path for their playing piece to reach their next required Pokemon.

Once someone has found all of their required Pokemon in the maze, they must return to their original starting position. The first player to find all of their Pokemon and return to the start wins the game. (You can learn more about the general gameplay in Labyrinth by reading our review of the Super Mario version of the game.)

Pokemon Labyrinth is now available on Amazon for $34.99. The game has an expected play time of 20-30 minutes.