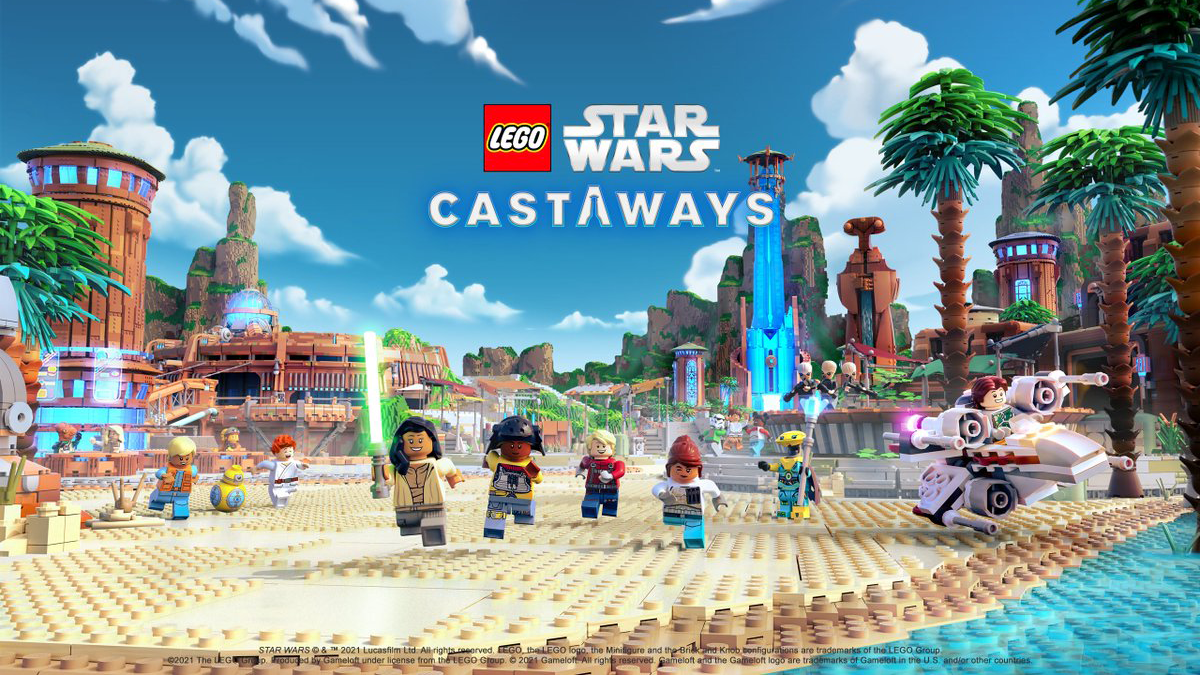 Lego Star Wars: Castaways is a multiplayer adventure game that takes players to a planet in the Star Wars universe that’s surrounded by a dangerous maelstrom. The planet has a large archive called the “Observatory” that stores historical recordings and documents, but it’s being threatened by a spreading “corruption.” The maelstrom causes players to crash their spaceship on the planet, and they’re quickly recruited to help the planet’s citizens defeat the corruption and protect the Observatory.

When players first begin Lego Star Wars: Castaways, they can create their own character (Lego minifigure) by choosing from a variety of faces, skin colors, hairstyles, and hair colors. From there, they can begin completing quests around the planet. Many quests will ask players to complete missions within the island’s simulator.

Some of these missions take place in familiar areas in the Star Wars universe, such as Tatooine and Endor. Missions will challenge players to clear corruption from the simulation, and they may need to defeat Lego minifigure enemies along the way.

As players complete missions, they’ll earn experience points and will level up in their current character class, which gives them access to new items for their character. As players progress through the game, they’ll unlock additional classes to try out. Players will also collect currency as they play, which can be spent on new customization items for their Lego minifigure.

Lego Star Wars: Castaways allow players to complete missions on their own, as well as team up with other people to complete missions cooperatively. Each player is identified by a random name that is chosen at the beginning of the game, so no personal information is shared. In addition, the game can be played offline, so the player’s device doesn’t have to be connected to the internet.

Lego Star Wars: Castaways is available to download on Apple Arcade. The game has an age rating of 9+.

Check out some gameplay from Lego Star Wars: Castaways in our video below. This video was recorded on an iPhone 12 Pro Max.