Play This, Not That: Battlefield 2042 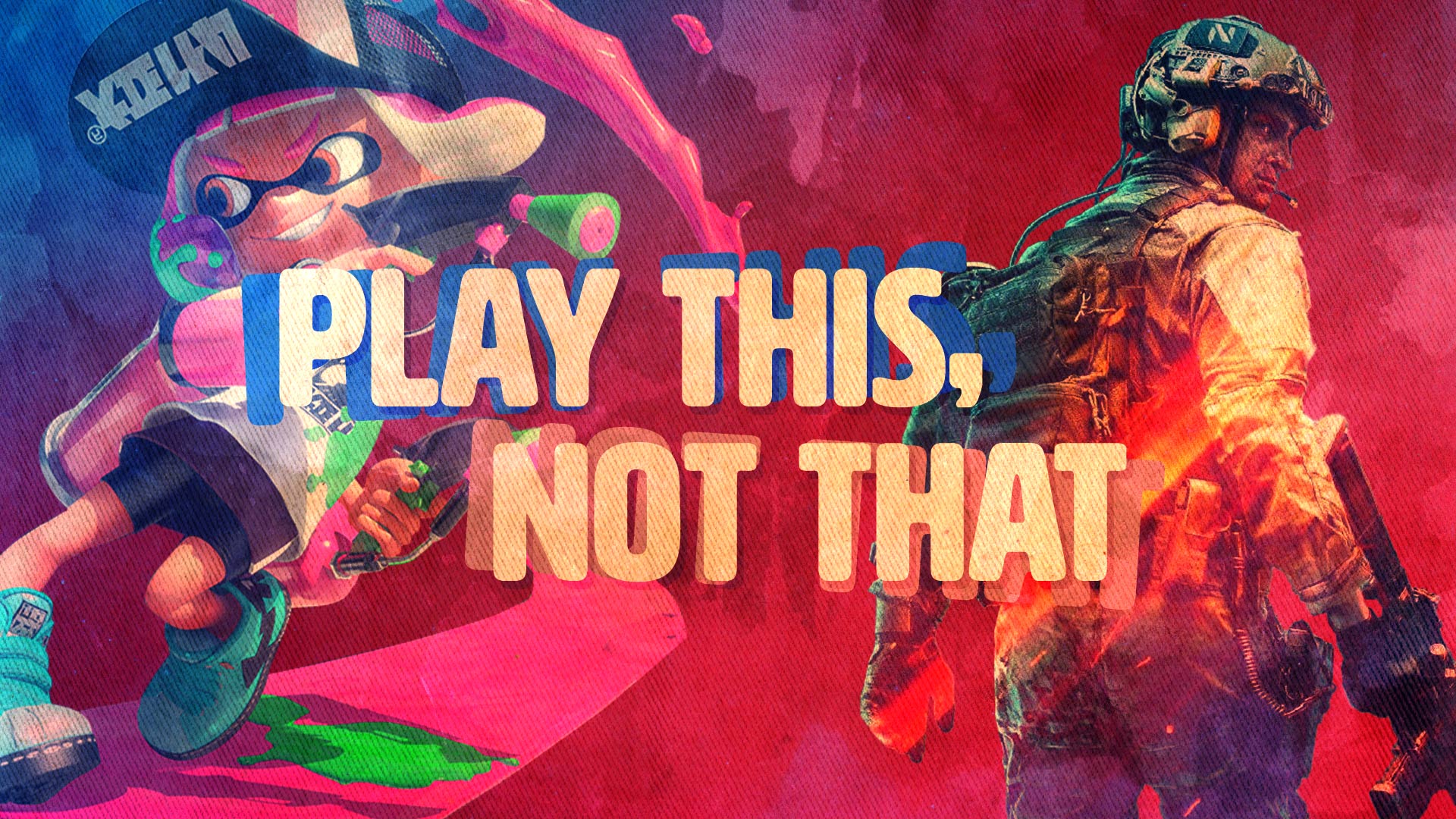 Battlefield 2042 is now available on consoles and PC.

The first-person shooter (FPS) is the latest game in the popular Battlefield franchise. It’s been rated M for Mature by the ESRB, with Content Descriptors for “Violence,” “Blood,” and “Strong Language.” This “M” rating means the game has been deemed inappropriate for anyone under the age of 17.

If your kids or teens have expressed an interest in playing Battlefield 2042, but you’re uncomfortable with them playing an M-rated game, we’re here with some alternatives that feature similar gameplay mechanics, but are rated T for Teen or under.

Splatoon 2 is a kid-friendly third-person shooter that lets players shoot ink to cover up environments, rather than shoot “real” bullets (this makes it far less violent than Battlefield 2042). The game includes a single-player story mode, as well as a variety of multiplayer modes. For instance, the Turf War mode challenges two teams of four to cover as much ground as possible in ink that matches their team colors. The team that covers the most ground with their team’s ink color in three minutes wins. In addition to playing online, the game also supports local multiplayer so kids can play with others who are near them in the real world.

PlayerUnknown’s Battlegrounds (also called PUBG) is a battle royale game that features 100 players in each match and challenges them to be the last one standing. While the game is still technically violent -- players will work to kill other players using a variety of weapons -- PUBG isn’t as violent as Battlefield 2042, and it has a T for Teen rating from the ESRB.

This team-based shooter allows players to complete an original story while playing as members from Team Joe and Team Cobra. The game’s story missions are designed to be completed by two players working as a team, but players can also play the game on their own and work with a computer-controlled teammate. In addition to the single-player story mode, the game features a variety of multiplayer modes. You can learn more about G.I. Joe: Operation Blackout in our SuperParent First Look.

Destiny 2 is a sci-fi first-person shooter that lets players travel to a variety of planets and moons to complete quests. Teens can play on their own or team up with friends, as well as compete against other players in a variety of multiplayer modes. Destiny 2 also contains tons of loot to collect, and even lets players choose from a variety of character classes (each with their own specialties). While Destiny 2 can be downloaded for free, it does offer optional in-game purchases.