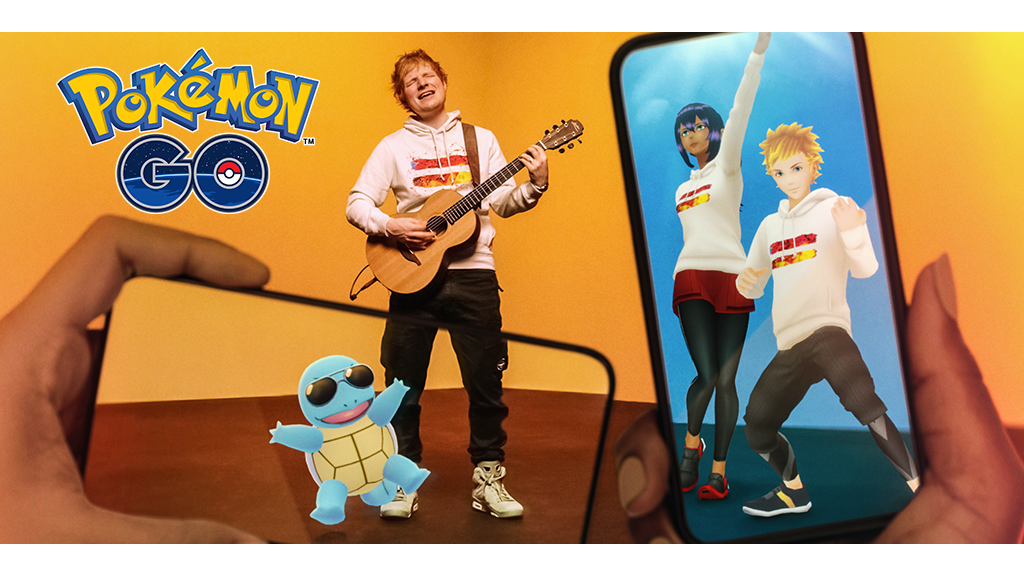 Niantic, the creator of Pokemon Go, has partnered with musician Ed Sheeran to launch a new event in Pokemon Go.

During this event, Niantic said Totodile, Mudkip, Piplup, and Oshawott “will be appearing somewhat frequently in the wild.” Players will also have the chance to encounter Squirtle wearing sunglasses and Froakie in the wild, though Niantic indicated that they’ll be rarer than the other Pokemon featured in this event.

Players will also be encouraged to take a Snapshot of a Pokemon each day to earn “a surprise.”

A free Event Box will also be available to claim from the store during this event. It will contain a Lure Module, 20 Poke Balls, 10 Razz Berries, and 10 Pinap Berries.

Elsewhere, from November 22 at 1 p.m. PT until November 30 at 1 p.m. PT, players will be able to use the code “VVM87WGMMUZHTB8X” (without the quotation marks) to receive a free hoodie for their in-game avatar that’s inspired by Ed Sheeran’s latest album.

Finally, during this event, players will be able to watch a performance by Ed Sheeran through the in-game “News” menu. Ed Sheeran’s song “Overpass Graffiti” will also be played in Pokemon Go each night during the event.

Are you excited about this Ed Sheeran collaboration event that’s coming to Pokemon Go? Let us know on Twitter at @superparenthq.