Big Brain Academy: Brain vs. Brain Demo Is Out Now 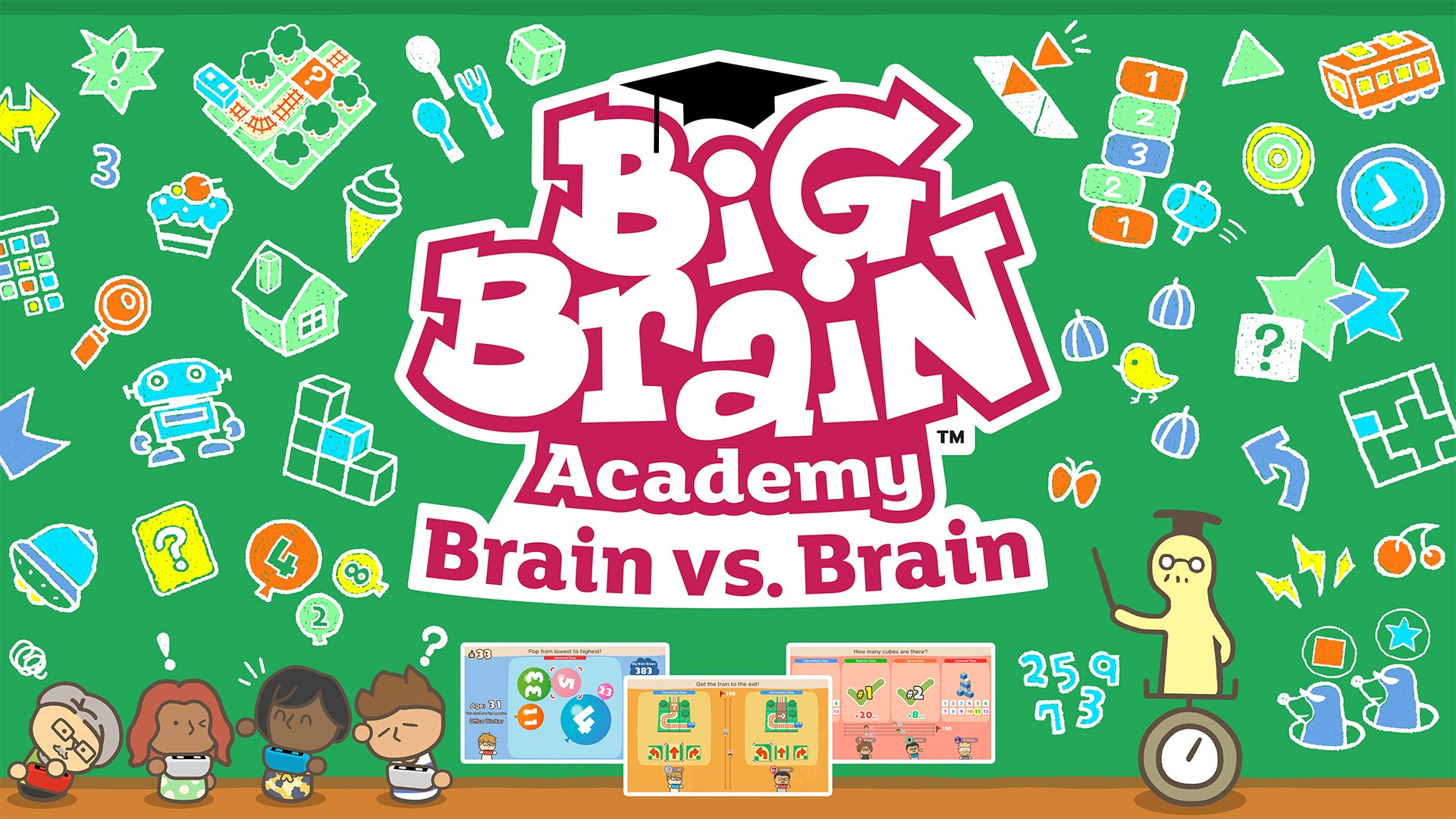 Nintendo will release Big Brain Academy: Brain vs. Brain on Nintendo Switch on December 3, but families can try a portion of the game right now by downloading the game’s free demo from the Nintendo eShop.

Big Brain Academy: Brain vs. Brain is both a brain-training game and a multiplayer party game. It will allow players to complete challenges across five categories: Identify, Memorize, Analyze, Compute, and Visualize.

The game’s free demo will allow players to try challenges in three categories in the game’s Stretch mode: Visualize, Identify, and Compute. The demo will also let families try the game’s Party mode, which allows up to four players to compete against one another to earn the most points as they complete a series of challenges.

When playing with multiple people, each person can set their own difficulty level to suit their preferences. This should allow younger kids to compete against adults on a level playing field, since each player can have a difficulty level that suits them.

While the game’s demo only offers a portion of the full experience to try out, the full game of Big Brain Academy: Brain vs. Brain will also include a Practice mode, a Ghost Clash mode and a Test mode.

The Test mode will allow players to complete a series (a test) of five activities to receive their “Big Brain Brawn” score. As players complete multiple Tests over time, they’ll receive in-game coins that can be used to purchase costumes for their character.

Meanwhile, the Ghost Clash mode will allow players to challenge the “play data” of other people, including their friends and family, as well as random people from around the world.

Big Brain Academy: Brain vs. Brain will be released on Switch on December 3 for $29.99. The game is rated E for Everyone by the ESRB.

Keep checking back with SuperParent, as we’ll bring you more information about Big Brain Academy: Brain vs. Brain as we get closer to launch.