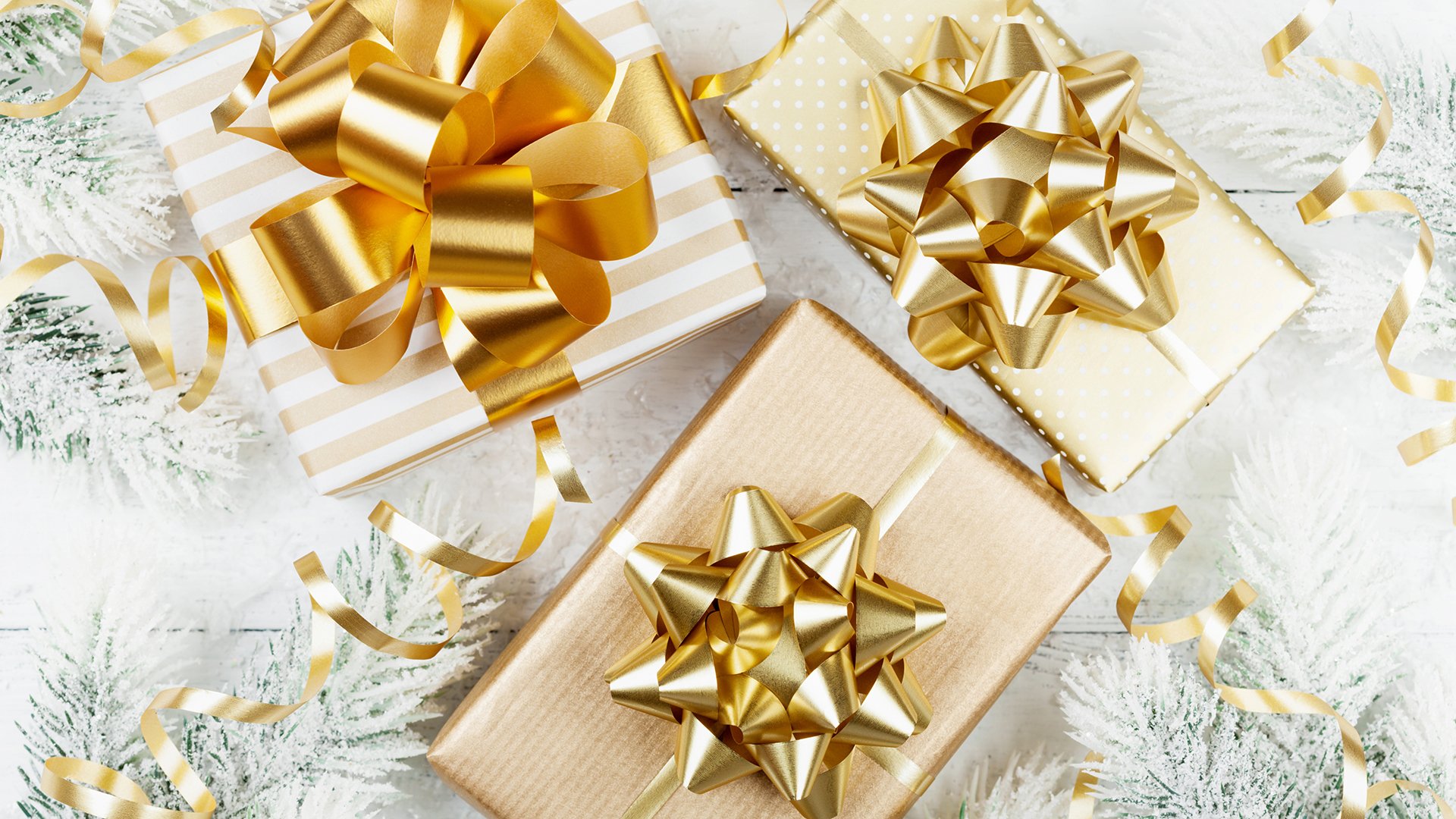 As we head into the holiday shopping season, here are some of the best family-friendly tabletop games you can pick up for someone special (or yourself) this year.

Pusheen Purrfect Pick asks players to collect cards to help Pusheen (the popular cartoon cat) and her friends create fun memories by going on trips, eating some yummy snacks, and more. The goal of each game is to be the first player to earn 10 stars by collecting special “Snapshot Cards.” In order to collect a Snapshot Card, players will first need to collect “Essentials” Cards from the game board, which feature items like cupcakes, rainbows, and even some of Pusheen’s animal friends.

The game board is also double-sided. While the gameplay is the same for both sides, this adds some extra variety to the experience, since families can choose whether they want the game to be set in an outdoor park or Pusheen’s house before they begin the game. You can learn more about Pusheen Purrfect Pick in our review.

Inspired by the classic game of 20 Questions, the games in the Guess in 10 franchise challenge players to figure out which object, animal, etc. is on a card by asking questions that can be answered with "yes" or "no." As an example, Guess in 10: World of Animals challenges players to determine which animal is on each card. Players receive special “buzzwords” (clues) about the object on each card to get them started, though these buzzwords may not be that helpful, depending on the card. Depending on the buzzwords players receive and the questions they ask, it can be pretty tricky to figure out which object is featured on each card, and even adults may be stumped by the answers they receive.

Overall, these are clever games that can test players’ deductive reasoning skills, and they’re also highly customizable. For instance, you can change the number of questions adults or kids have to work with to make the game easier or more challenging for certain people. You can learn more about Guess in 10: World of Animals in our hands-on feature.

Chip ‘n’ Dale Christmas Treasures is a Disney-themed card game inspired by Disney’s Christmas cartoons from the 1950s. The game asks players to collect cards containing beautiful artwork of Chip ‘n’ Dale who are inside a Christmas tree while watching out for Pluto. The cards are arranged face-down on the table like a Christmas tree, and players can flip over one or more cards on each turn before deciding which one(s) to collect. Different cards and combinations of cards are worth varying amounts of points, and the player with the most points at the end of the game wins.

Chip ‘n’ Dale Christmas Treasures has simple gameplay, but the different scoring rules add some entertaining strategy to the experience. Plus, the game will test players’ memory skills, since cards that aren’t collected are left face-down in the tree and are still available to collect on a future turn. While the game’s focus on strategic thinking may make it a bit too complicated for younger players, the experience can be customized so that kiddos can receive help from older kids and adults if and when they need it (for instance, players can split up into teams, rather than everyone competing on their own). You can learn more about Chip ‘n’ Dale Christmas Treasures in our review.

This educational toy and tabletop game features three simple games that are designed to help littles aged 3+ practice their numbers and early math concepts, such as basic addition and number recognition. My First Math Dice supports up to two players, and it’s designed for parents/guardians to play alongside their child. You can learn more about My First Math Dice in our previous coverage.

Disney Mad Tea Party is inspired by the tea party scene in Disney’s animated film Alice in Wonderland. It challenges players to get rid of the cards in their hands by stacking colorful tea cups of different sizes on a wobbly table. On each turn, the active player will play a card from their hand and place a matching tea cup onto the table. While the tea party table is large enough to hold four stacks of tea cups, players are typically required to stack tea cups on top of one another rather than create a new stack. Once players place a tea cup on the table, they'll need to count to three before their turn is actually over. This gives the tea cups time to fall over if they're not properly stacked. If the tea cups ever fall, the player who placed the last tea cup must draw more cards for their hand.

Disney Mad Tea Party has a simple premise, but it’s really fun to play. Plus, it allows littles to work on their counting and color matching skills, as well as practice some strategic thinking. You can learn more about Disney Mad Tea Party in our review.

Inspired by Taco Bell restaurants, this card game challenges players to collect food items from Taco Bell’s menu that can be used to feed members of their “crew.” Each of the game’s Crew Cards represents one or more hungry Taco Bell fans who want something to eat, and players will need to collect the right kinds and quantities of Taco Bell food items to feed those fans and collect those Crew Cards. If players can satisfy the special “craving” requirement on a Crew Card, they’ll earn a Crave Chip (shaped like a tortilla chip), which will give them extra points at the end of the game.

When all of the Crave Chips have been collected, the player who has accumulated the most points from Crew Cards and Crave Chips wins. Sauce Packet Cards and Action Cards add a bit more complexity and strategy to the game, but this is still a relatively simple game that even newcomers to tabletop games can enjoy. Read more about the Taco Bell Party Pack Card Game in our review.

In the classic version of The Game of Life, players work their way through their character’s life, making career, family, and other life choices until they eventually reach retirement. In The Game of Life: Super Mario Edition, players will explore the Mushroom Kingdom and choose from different paths as they work to defeat Bowser. Along the way, they can play mini-games (such as Rock, Paper, Scissors) and collect items and companions that are featured on cards. They can also collect stars in order to battle Bowser.

Inspired by Dr. Seuss’ How the Grinch Stole Christmas, this kid-friendly card game challenges players to collect musical instruments, ornaments, wreaths, and more to earn points, with one player acting as the Grinch in each round. The gameplay here is similar to the classic game of Yahtzee, but with cards instead of dice and different scoring categories to match the Christmas theme. You can learn more about the Dr. Seuss Grinch Grow Your Heart Card Game in our review.

Scorzo is a card game inspired by the classic game of Rummy. It challenges players to get rid of the cards in their hands by forming sets and runs with those cards. In this case, a "set" is a group of three or more cards with the same number, while a "run" is a group of three or more cards of the same suit with numbers going in order (for instance, “1, 2, 3” of hearts or “7, 8, 9” of triangles). Rather than laying a set or run on the table as soon as it’s created, players will need to keep all of their cards in their hand until every card they have can be used in a set or a run. At that point, they’ll call out “Scorzo!,” and the other players will have one more turn to try and create sets and runs in their own hands.

Once the final turn is over, players lay all of their cards on the table. Any card that hasn’t been used in a set or a run is worth points, and players can keep track of their point totals on the game’s paper score sheets. The player with the fewest points at the end of 11 rounds wins the game. You can learn more about Scorzo in our hands-on feature.

Disney Princess See the Story requires players to be familiar with 12 different movies (The Little Mermaid, Sleeping Beauty, Beauty and the Beast, Cinderella, Aladdin, Brave, Moana, Mulan, Pocahontas, Tangled, Snow White, and The Princess and the Frog). If players haven’t seen one of the films, the game’s instruction sheet has a full chart showing all 12 Princesses and the items that go with each one. You can learn more about Disney Princess See the Story in our review.