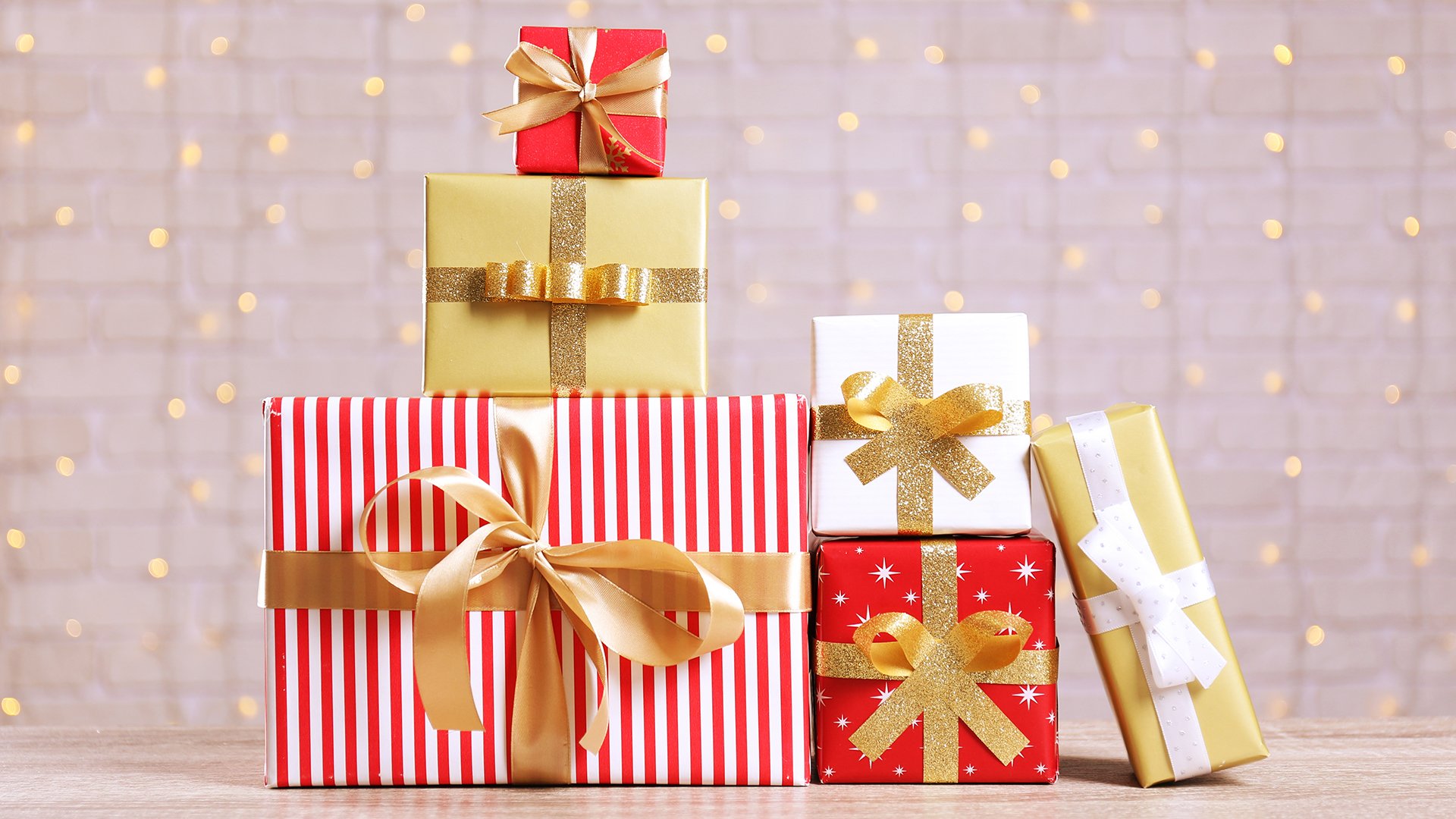 Whether your family is picking up a Nintendo Switch (OLED Model) this holiday season, or you’re just looking for some of the best Switch games that were released in 2021, our holiday gift guide has something for every Switch owner in your life!

Check out these family-friendly Switch games that would make great presents this holiday season.

Slime Rancher was originally released way back in 2016, but the game only came to Nintendo Switch in 2021. Thankfully, the game is just as fun to play now as it was years ago. In Slime Rancher, players become a rancher named Beatrix LeBeau, who takes over a slime ranch in the “Far, Far Range.” Players will be able to collect, feed, and breed a variety of slimes, like Pink Slimes, Tabby Slimes (they look like cats), and Phosphor Slimes (they glow), among many others.

As players take care of their slimes, the creatures will generate “Plorts,” which can be sold to make in-game money. The more players progress, the larger their ranch can become, the more slimes they can care for, and the more Plorts they can generate. This “Plortable Edition” of Slime Rancher includes all of the downloadable content (DLC) that was released for the game after its initial launch. This means kids can take the entire Slime Rancher experience with them on Switch wherever they go! Slime Rancher is one of our favorite family-friendly games here at SuperParent, and we really can’t recommend this one enough.

Super Mario 3D World is a level-based platforming game for up to four people that challenges players to help Mario, Luigi, Peach, and Toad rescue colorful fairies called Sprixies from Bowser. Meanwhile, the Bowser’s Fury add-on takes place in an open-world area called Lake Lapcat. In this mode, Bowser has grown really large and is going on a rampage. Players will need to help Mario and Bowser Jr. calm him down.

Story of Seasons: Pioneers of Olive Town
Rated E for Everyone

Story of Seasons: Pioneers of Olive Town is the newest farming simulation game in the popular Story of Seasons franchise. The game allows players to take over their grandfather’s farm near a small seaside community called Olive Town. The farm is overgrown with plants, trees, and debris, so players will need to clear the rubble to create a thriving farm full of crops, animals, and more. At the same time, players will be asked to help Olive Town grow into a popular tourist destination.

As players progress through Pioneers of Olive Town, they can upgrade their farmhouse and tools, do some shopping, craft a slew of different items, go mining, do some fishing, and even collect items (and take pictures) to donate to the town’s Museum. Plus, players can befriend the town’s citizens, get married, and even have a child! Story of Seasons: Pioneers of Olive Town isn’t a perfect game (you can read about the issues we noticed in our review), but all in all, it’s a fun, adorable life simulation game that would make a great gift this holiday season.

DC Super Hero Girls: Teen Power is an adventure game inspired by the DC Super Hero Girls animated series. The game challenges players to help teenage super heroes like Wonder Woman and Batgirl defeat evil toys and robots that are attacking Metropolis, as well as figure out who is controlling them. They’ll also need to battle against some of DC’s super villains, like Harley Quinn and Cat Woman, who are up to no good.

This open-world game allows players to explore multiple areas around Metropolis as they complete both main missions and side-quests. Along the way, they’ll be able to play as both super hero and super villain characters, with each one having different special abilities. Plus, the game allows players to track down collectibles, purchase new outfits for their super heroes, and even use the game’s camera to snap photos that they can share on the game’s fictional social network. You can learn more about DC Super Hero Girls: Teen Power in our review.

The games also feature an upgraded Underground area called the Grand Underground, a park called Ramanas Park where players can encounter Legendary Pokemon, and more. You can learn more about Pokemon Brilliant Diamond and Pokemon Shining Pearl in our previous coverage.

This kart-racing game for preschoolers is inspired by the Nick Jr. show Blaze and the Monster Machines. The game allows littles (and adults) to race as seven different characters, including Blaze, Crusher, Pickle, Darington, Zeg, Starla, Stripes, and Watts. Kids can race on their own against computer-controlled opponents in the game’s Adventure and Quick Race modes, and they can also race against friends and family in the same room through the Play with Friends mode, which supports up to four players.

While racing, players can collect wrenches that allow them to trigger their vehicle’s special ability (each vehicle has a different one). Plus, the game’s loading screens feature STEM facts that teach littles about topics like “Force,” “Recycling,” and more. Blaze and the Monster Machines: Axle City Racers isn’t as complicated as kart-racing games like Mario Kart 8 Deluxe (which is also a wonderful game), but it’s a great option for very young players. You can learn more about Blaze and the Monster Machines: Axle City Racers in our review.

This educational game teaches kids (and adults) how to create video games by connecting talking blocks called Nodon, which each have different functions. As a couple of examples, the “Stick” Nodon represents the analog stick on a video game controller, while the “Person” Nodon represents the character players will move around in a game. If players connect the Stick and Person Nodons, they will allow their character to move around in the game they create (this is a simple example, but players will have the freedom to create much more complicated builds as they become comfortable with the game’s tools).

Game Builder Garage teaches players about video game development and visual programming through seven lesson packages that allow them to build seven standalone games (for instance, one is inspired by the game of “Tag”). Once players become comfortable with the game’s lessons and features, they can freely create their own games from scratch. Players can share the games they create with other players online, and they can also download and play games created by other people (each user-created game has a special code that players will need to enter to play it -- you can’t browse user-created games in a catalog).

It’s been a while since Samus Aran docked her spaceship on our screens, but thankfully, her latest 2D outing is her slickest yet. After a scouting party of robots mysteriously vanishes on the planet ZDR, the renowned bounty hunter heads there to investigate. This is a Metroid game of course, which means things quickly go amiss. Samus soon finds herself stalked by the very machines she came to find.

You’ll need to run and hide, but Metroid Dread won’t make you feel powerless. Over the course of its 10+ hour playtime, Samus will amass a wealth of satisfying traversal and combat abilities to unleash. Nintendo’s bounty hunter has never looked cooler, either, thanks to stylish animations, flashy boss takedowns, and narrative cutscenes.

While Dread does a fantastic job of guiding you through its labyrinthine maps, Samus’ mission is far from easy. Expect seriously tough boss fights and demanding platforming challenges if you want to collect all of the items hidden across ZDR. Metroid Dread is one of the best new offerings for the Switch, but players will need to be up for the challenge it presents.

Brandy Berthelson and Henry Stenhouse contributed to this article.