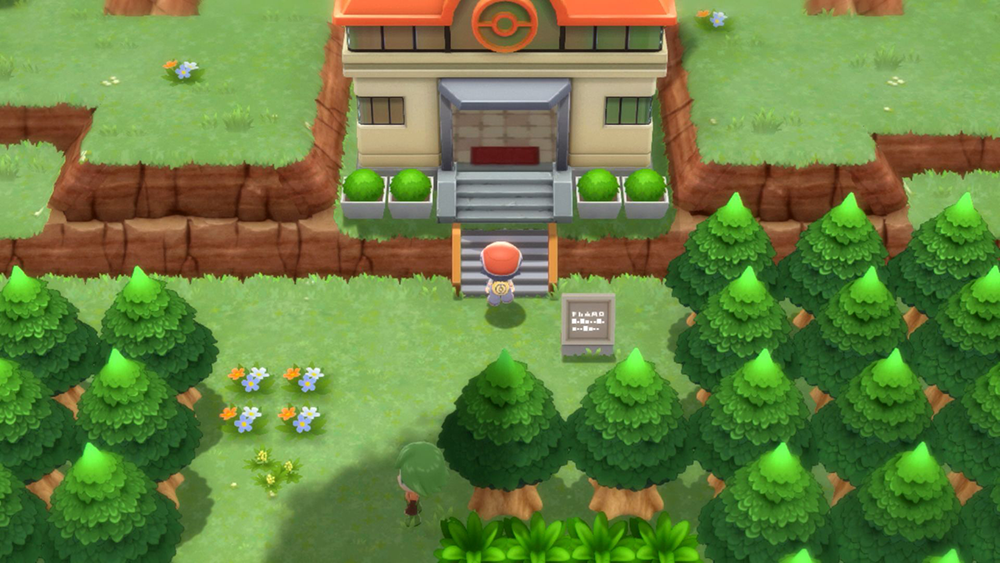 One of the new features in Pokemon Brilliant Diamond and Pokemon Shining Pearl is Ramanas Park, an area that players can visit after they’ve entered the game’s Hall of Fame (in other words, after they’ve defeated the Pokemon Champion).

In Ramanas Park, players will be able to enter a series of caves and use special slates to encounter Legendary Pokemon.

Elsewhere, the Pokemon Company revealed two bonuses that players can collect in Pokemon Brilliant Diamond and/or Shining Pearl if they have save data from other Pokemon games on their Switch system.

If players have save data from Pokemon Sword or Pokemon Shield, they can receive the Mythical Pokemon Jirachi by speaking with “a gentleman in the flower field located on the southwest end of Floaroma Town.”

If they have save data from Pokemon: Let’s Go, Pikachu or Let’s Go, Eevee, they can collect the Mythical Pokemon Mew by talking with “a madame in the flower field located on the southwest end of Floaroma Town.”

Keep checking back with SuperParent, as we’ll bring you more details about Pokemon Brilliant Diamond and Pokemon Shining Pearl as we get closer to launch.

Are you excited to play Pokemon Brilliant Diamond and/or Shining Pearl? Let us know on Twitter at @superparenthq.

Editor's note (11/10/2021): This article has been updated since it was originally published.